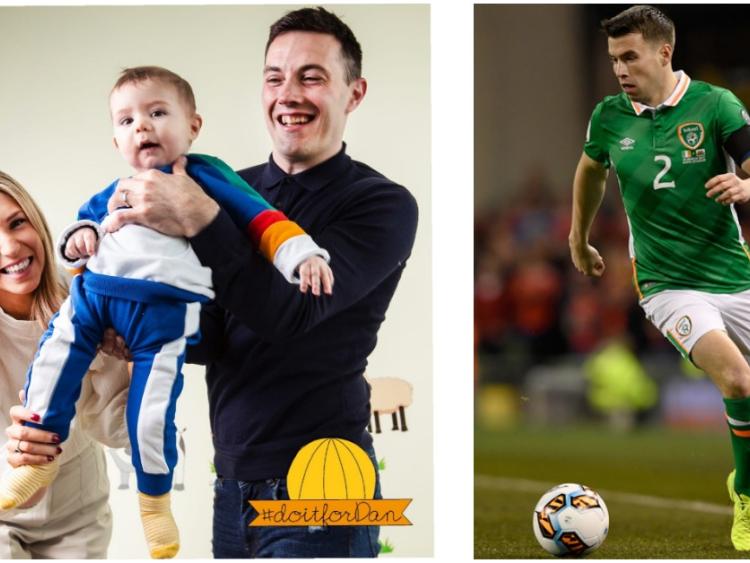 Republic of Ireland soccer captain Seamus Coleman has made a €15,000 donation to the 'Do it for Dan' campaign in support of baby Dan Donoher from Ballybrittas, Co. Laois.

More than 17,000 people have donated a total in excess of €595,000 for the son of Laois football greats Niall and Aisling (nee Quigley) Donoher, 8-month-old Dan was diagnosed with a rare life-threatening disease called Spinal Muscular Atrophy (SMA) Type 1 and Scoliosis.

Coleman has been known for his generous donations in the past, most recently to the Feed the Heroes campaign and to the League of Ireland emergency fund to the tune of a combined €50,000.

Dan was diagnosed with the rare genetic neuromuscular disease back in December which has a life expectancy of 18-24 months.

In May of last year, a groundbreaking treatment was approved in the US but at a cost of 2.1 million dollars for a once-off infusion. Zolgensma, the first gene therapy approved to treat children less than two years of age with spinal muscular atrophy, delivers a fully functional copy of the human SMN gene into the target motor neuron cells.

A one-time intravenous administration of Zolgensma results in expression of the SMN protein in a child’s motor neurons, which improves muscle movement and function, and survival of a child with SMA.  The treatment can substantially improve quality of life, and survival rates of this horrific disease.