Willie looks back on his highs & lows of 2020 sporting year

In this part of our Sports Review of 2020, it is the turn of Observer photographer Willie Donnellan to look back on 2020 and pick out his highs and lows of the Covid-19 hit sporting year. 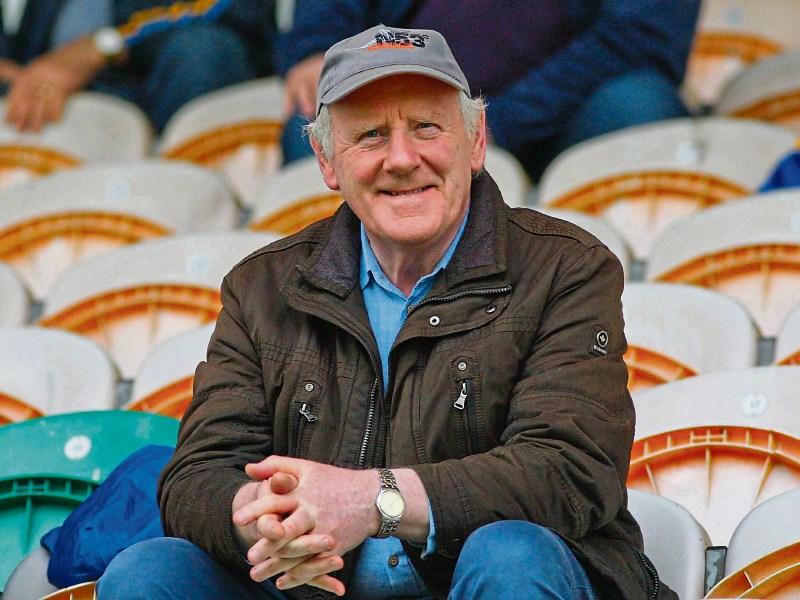 On the other side of the camera! Willie Donnellan watches a club game last Summer in Avantcard Pairc Sean Mac Diarmada Picture: James Molloy

Ah now, highlight of the past year! Look, I’d say it was one of the best championships ever and you wonder should the GAA go back to the knockout championships? I mean, the big boys always get the second chance and the smaller counties like Leitrim, once they’re beaten, that’s it. If you are lucky enough to beat the big boys in Connacht once before this, with the other system, they’d come back in.

I also have to add the Hurlers beating Longford in the Nicky Rackard Cup - a great day and a great performance. You have to compliment the hurlers and the Ladies footballers as well, they had a great year.

I can think of three different things! The Lockdown was one, Leitrim being relegated from Division 3, that was very disappointing but I’ll tell you a lowlight for me, the Minor Championship loss to Galway in the Connacht GAA centre of excellence.

We were putting it well up to Galway and the last ten minutes, after the Galway boy was sent off, we just fell away. Maybe it was fitness, I don’t know. Maybe it was in their heads, as you wrote after the game. We had a good young team, we played nice football and it was just a pity the way it finished up.

It was an awful shock to the system altogether, not only for me but for everybody. You must complement all the sporting organisations in the county and the entire country for getting their act together and pulling off championships, actually being able to hold competitions.

It was unreal to be at football pitches and nobody in the place, only the teams and ourselves, a few press people and even getting into games was tough, the Mayo Connacht Championship game was very strict.

Then, you’d be looking at people outside on ladders, on walls and all that kind of craic, it was eerie - look at the hurling and football finals, Croke Park - 82,000 people and nobody in there, you could hear the birds singing.

I felt lucky to be there - no, I was privileged to be there. Fair play to the Leitrim County Board, they handled everything very well - if you had no ticket, you wouldn’t get into a game, no matter who you were!

I found that people wanted to talk far more about games, especially when they couldn’t be there themselves. You’d be quizzed up fairly strong afterwards, especially club games. You’d meet people at home afterwards and they’d be questioning you about different players and different things.

Before this, people were taking matches and sport in general for granted. You’d be out at three or four or five matches a week, well, we were anyway! People maybe took it all for granted and I thought it was great to see the sport back, get out, get a bit of fresh air.

In my job, all the functions that were cancelled because of Covid was unreal - no dinner dances, no meetings, no nothing, no plays - the only bright thing that happened was that we were let into the schools for the First Day at School under very strict conditions, I’d like to thank the teachers and the schools for that.

Team of the Year, county wise, has to be Mohill, I didn’t think they’d win it but there you are! Mohill have some great footballers and they played well. Of course, you have to mention Glencar/Manorhamilton Ladies, a very good year for them and Ballinamore Ladies had a very good year.

County wise, you have to admire the Dubs, winning six in a row, they are an extraordinary outfit and I can’t see anybody stopping them for the next three or four years. Hurling, I was disappointed Waterford didn’t win Liam McCarthy but I think everybody was.

You have to look at Dearbhaile Beirne, she’s after winning another medal with Peamount while Niall Morahan, my neighbour and a lovely young fella, is after getting Player of the Year with Sligo Rovers - it is no mean feat for a young fella with all the good players they have and hopefully, he will go on to bigger things.

I have to give Olcan Conway a mention, the job he has done with the Leitrim hurlers, very passionate about hurling. On the Ladies side, Ailbhe Clancy from Glencar/Manorhamilton, Laura O’Dowd from Ballinamore really stood out.

In Club football, it is very hard to see Mohill being caught again unless St Mary’s do something. They have the players and I see that Denis Connerton is staying on so I’d say they’d be there or thereabouts. But I’m afraid my old friends in Aughawillan might be in a bit of bother.

There is a team to watch - Fenagh! A nice young team and a good young manager in Joe Flynn and don’t be surprised if they pull it off. And, of course, I have to mention my own club Leitrim Gaels who had a great debut last year in the Senior Championship.