How do you define elite? 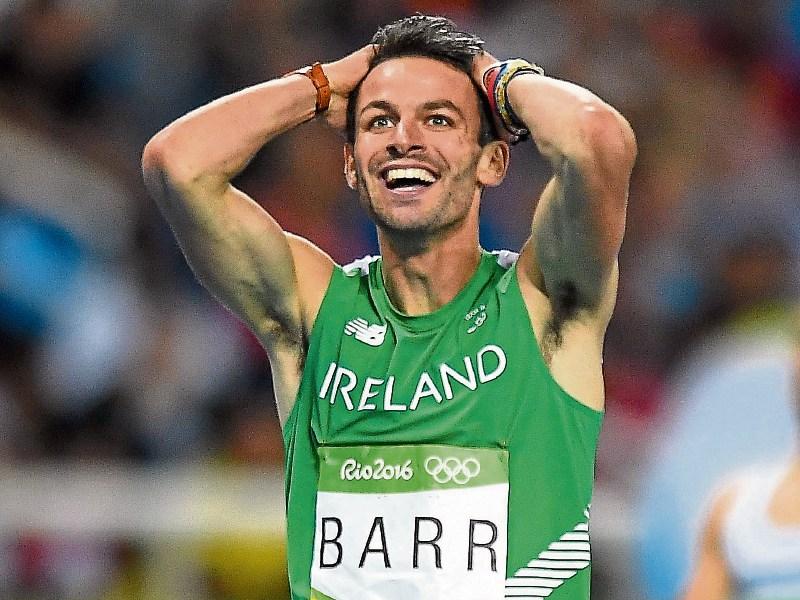 So exactly how do you define elite in the context of sport? It is a question that will occupy the hearts and minds of a lot of our minority sports people in the coming weeks and months as sport continues to take an absolute battering from Covid-19 Lockdown measures.

With playing fields, courts, gyms and all manner of facilities out of bounds and so many lives disrupted, people let go from their jobs, livelihoods severely impacted by the pandemic, the tribulations of sport can seem pretty small potatoes in comparison.

But for those involved in sport, particularly at the top level, sport is their raison d’etre, the activity that fills their minds and fuels their imaginations, often defining career and lifestyle choices. Even those of us whose glory days are long gone, or never were, sport drives us and sustains us.

It has been thrown at me from time to time that sport continuing is to my benefit, job wise, and that is true but when it comes to Covid, I'd take absolutely no chances.

An uncle of mine, a man steeped in the GAA in Clones and Monaghan, passed away suddenly a matter of weeks ago due to Covid. Jimmy Connolly trained teams in Clones, manned the shops and the stalls in St Tiernach's Park and followed Monaghan and Man United with a rare passion - the fact his son Shane was turned into a Toffee fan by his two cousins and uncle was a source of lots and lots of banter down through the years.

The return of the inter-county championship late last year filled Jimmy with excitement even if the dreaded Breffni Blues did win the Anglo Celt Cup. Jimmy was a huge GAA man but he had time for all sports, you couldn't but have coming from the town that produced the Clones Cyclone Barry McGuigan.

The unfortunate thing at the moment is that there is a lot of disquiet and disharmony over what is perceived to be contrasting approaches to how the different sports are being treated.

I've a background in athletics and while it hasn't seeped into the public arena yet, there is a fairly heated debate going on right now about the lack of competitive opportunities for Irish athletes, let alone the elite athletes who have represented this country at global competition but somehow who are not deemed to be “elite” athletes!

Compounding the situation is the designation of Senior GAA inter-county hurling and football teams as “elite”, allowing them to travel to train and play games, subject to stringent guidelines of course, a situation that is driving some members of the athletics community dotty with the Olympics fast approaching!

Now, there is no way I'm going to claim one sport is more entitled than another but drawing a line from inter-county players through professional soccer and rugby players to Olympic calibre athletes is somewhat bizarre for there are plenty of so-called amateurs that would put the “professionals” to shame with the demands on their time and dedication to training.

I know one runner from our fair county, a pretty fast one by the way, who logs hundreds of miles a month, runs every day of the week and displays immense dedication to his craft without any fuss or attention. Yet this runner is deemed nowhere near “elite” despite a training regimen that would reduce most of us to rubble.

Don't forget top sprinters Eanna Madden, Alannah McGuinness or Gerard O'Donnell or marathon runner Breege Connolly who have had to battle to be considered elite so they can use the vital facilities they need - only then to find those facilities closed down.

Youth Olympic medalist Déarbhla Rooney, voted last week on the Ladies Club team of the year, has been unable to get into the boxing ring for almost a year as it is an indoor sport, bringing her dreams to a screeching halt for God knows how long?

I've not talked to any of these Leitrim stars about their struggles but, and I think we can all agree, they can be considered elite athletes by any stretch of the imagination but they are struggling to access facilities and competition yet player number 30 or 36 or 39 on an inter-county player is considered elite?

There was a bizarre period for a few weeks when our amateur gaelic footballers and hurlers were allowed train away while a full-time athlete like Phil Healy can't find races in Ireland and can't go abroad to chase qualifying times for the Olympics in Tokyo!

I'm not for one second downplaying the dedication and commitment of anyone on a county panel but there is something badly off here. I'd love to see Gaelic games and all sports on each and every weekend and the GAA are to be commended for their caution about the upcoming Leagues.

But I need to know that volleyball, athletics, basketball, boxing and so all our minority sports are getting the same shout from Sport Ireland and the Government as the big three of Gaelic games, rugby and soccer.

Finally ....
The Last Point is taking a break for a few weeks. I'm sure we will be back when sport is up and running again. In the meantime, keep well, keep safe and wear a mask - the life you save might not be yours!