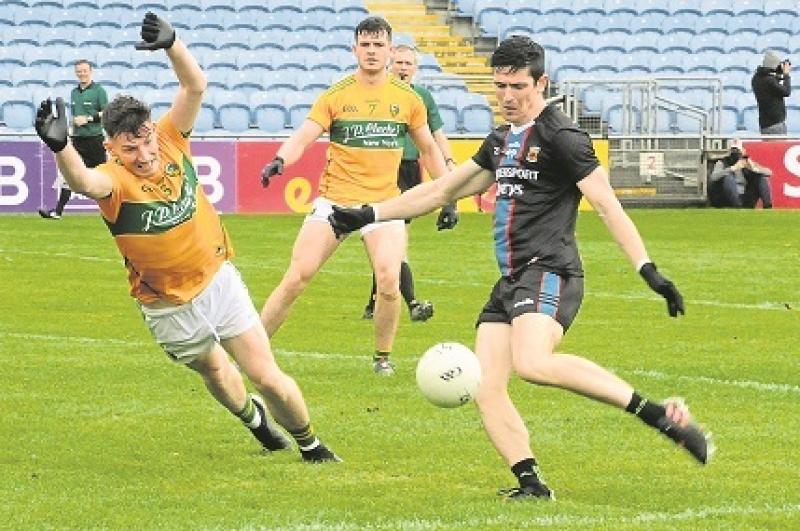 Dear editor
Having read your article re Leitrim football structures, three tiered competition is required otherwise, what is the incentive when facing the same humiliation next year for weaker counties.
In many aspects I agree with Terry Hyland, the Leitrim county Manager, here's why:
To begin with, the Leitrim footballers and their followers are very good and loyal, proud honourable men and women. I must stand up and defend Leitrim. They are not the worst county in the country, far from the weakest. Let's not stigmatise the county and its followers.

I would have no issue with respect to Terry Hyland - a lot what he states is factual and is truthful. Leitrim football is willing to rise from the ashes up and can rank amongst most counties.
What I reckon is it could be on a trial basis. Compare Leitrim with the likes of Sligo, Fermanagh and Longford, Wexford, Wicklow, Louth, Carlow, Tipperary, Limerick, Waterford, Kilkenny, Antrim.

A 3 tier maybe considered after the first two years of the trial period. A trophy could be agreed in memory of some well known Gael.
The idea of gathering more under-aged talents should be nurtured and the idea of some of the weaker clubs in the county should be amalgamated among each other which would be eliminate weaknesses in the competition. This idea should be brought to Central Council at Croke Park and passed into action in early January 2022, otherwise the GAA will be the losers in the long term.

In relation to the recent great programme on TV by retired footballer Anna Geary around women dropping out of sport in teen years, there are important women specific issues like toilet and phyto-sanitary facilities to be prioritised by menfolk supporting women implemented in all Sports as part of an inclusive society. Separate organisations mean women's sports struggle to grow. Unified organisations with men and women sections instead of separate organisations need to be trialled instead.
The reason is it offers more cost effective media promotion, emphasis on common values of sport and through pairing women fixtures to follow men's games irrespective of teams involved can maximise physical and media audience reach.

This would make sense for advertisers too creating a whole gender inclusive sports block of programming and stadium experience and values to build common audiences and engagement across gender.
I am an early promoter and sponsor of Women's Sport with St. Helen's in Ballinamuck-Drumlish, the area I was born in. My schoolmate Liam Forde managed and did a great job with them, whom I am still friends with right to this very day.

Further the idea of community exercise is something that sports like GAA could embrace under Healthy Ireland in a non professional/pro-amatuer game model by offering community a non-competitive match training regime via memberships basis dealing with nutrition and exercise and enjoying the particular sport for fun, as part of the joys of training.
Most importantly Sport is a place for social inclusion, good habit and cross motivation, adapting to challenges & being your physical and mental best.

Not everyone has to play the match competitively or win. Particularly for Adults, the GAA has a national network of clubs which could apply for community grant aid to install club gym facilities at club grounds that can be wheeled outdoors on a good day onto the field of play for those for whom gyms are not a familiar place, particularly rural areas, across all age groups, old & young.