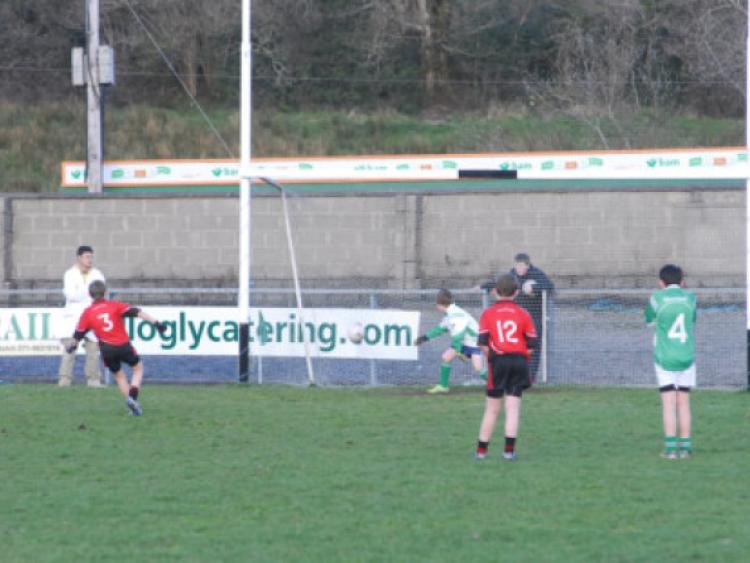 If ever you thought it was too late to take up a sport then you need look no further than Leitrim’s Breege Connolly.

If ever you thought it was too late to take up a sport then you need look no further than Leitrim’s Breege Connolly.

The Kinlough woman put herself firmly in contention for selection to the 2014 Commonwealth Games in Glasgow with a brilliant personal best performance in the London Marathon at the weekend. Breege runs with the North Belfast Harriers club and has made a real name for herself in the sport despite only taking it up relatively late in life.

A four times winner of the Armagh 10 Miler, she hit the headlines last year with a world-class personal best in the Rotterdam marathon of 2hrs 40 mins 25 secs, cutting a massive 10 minutes off her previous best time. She narrowly missed out on the Olympic qualifying time as a result. At the weekend she ran faster again and slashed over a minute from her Rotterdam time. Now a place at the Commonwealth Games beckons.

Breege only took up running when she moved to Belfast about seven years ago. It was a great social outlet in a new city where she works in software development. Still only 35, Breege continues to get faster with each competitive outing, an incredible feat considering most athletes are considered past their best once they enter their mid 30s. Perhaps Breege is benefitting from the fact that she hadn’t put up huge mileage in the earlier part of her life. Her sister Catriona, who still also runs competitively, was known as the athlete in the family back then. However, Breege also clearly benefitted from some great genes passed down by her parents Sean and Maureen.

In the London marathon, an event that honoured those who killed and injured in Boston in the best possible way, Breege went through half distance in 1:19:02, which was well up on schedule. She completed the full 26 miles in 2 hours 39 minutes 23 seconds which was within the Commonwealth Games Consideration Standard. While this doesn’t guarantee her a place at the Glasgow Games, the BBC website suggested it should be all but a formality.

While the Kinlough and Glenade areas were celebrating Breege’s success at the weekend, the entire community was shocked and saddened by the news of the sudden death of a good friend, neighbour, Melvin Gaels club man and dedicated Leitrim fan, Peter Feeley. Peter suffered a fatal heart attack at the young age of 37 leaving his family and friends to mourn a life taken much too young.

I played all my formative years of football with Peter, who usually lined out in goals for the Gaels when we were still wet behind the ears. He moved to London in his 20s and was always the first man to greet you in Ruislip when we were in town for a league or championship match. (I used to remark he had come a long way from Moonengaugagha, the wonderfully named townland in Glenade where he was reared.)

Peter is survived his sister Mary (mother of Melvin Gaels corner back Stephen Clancy), and his brothers Con, Pat, and Martin and a wide circle of family and friends. He was predeceased by his parents Peter and Katie. Your smiling face will sadly missed Peter.

Some time back I wrote about a tale Mícheál Ó Muircheartaigh told me concerning Jim O’Hehir, and how he came to coach Leitrim for the All Ireland semi-final in 1927. Mícheál had recalled how Leitrim’s Connacht winning team captain Tom Gannon, then a student in St. Pat’s Drumcondra, was involved in recruiting Mr O’Hehir along with another Leitrim man in Dublin, whose name he was unsure of.

I subsequently received an interesting letter from Cathal Flynn revealing that other man was his father, Charlie, chairman of the Leitrim County Board at the time. Charlie also trained in St. Pat’s, before going on to teach in St. Peter’s NS Phibsboro, during which time he played with the Dublin team at midfield, between 1911 and 1913. In 1914 he returned to Leitrim as principal in Adoon NS in the parish of Cloone, a few miles from Gorvagh. He was Leitrim’s representative at GAA Central Council for many years as well as lining out for them with distinction on the field.

It’s tales like this that we hope will be recalled at a special event taking place in the new Connacht GAA Centre of Excellence in Ballyhaunis on Wednesday next, May 1, from 7-9pm

The event aims to recognise the work of GAA Social Initiative clubs across Connacht while hopefully inspiring other clubs to get involved during what promises to be a great night’s entertainment and a trip down Connacht GAA’s memory lane. MC on the night is the one and only Tommy Moran, Connacht PRO.

Tommy will reminisce with some of the most recognisable names in Connacht GAA over the past decades, including former GAA President Dr. Mick Loftus (Mayo), Sligo’s first All Star and 1975 Connacht winning footballer, Mickey Kearins; Donie Shine Snr, former Roscommon player and manager and well-known radio pundit; and Joe Connolly, Galway’s All Ireland hurling winning captain of 1980. Leitrim is represented by our own living legend from the 1950s and ‘60s, Josie Murray, of the St. Mary’s club.

The GAA Social Initiative aims to use GAA clubs as a focal point for social activities for older members of our communities. From its starting point in 2007 as a small pilot in four counties (Mayo, Fermanagh, Kerry, and Wexford), 200 clubs are now registered as GAA Social Initiative clubs, running events ranging from card nights, ceiligh houses, to trips and excursions to the GAA museum in Croke Park, the Titanic Centre in Belfast or the National Museum of Country Life in Mayo. President Higgins commended the Initiative in his address to GAA Congress in Derry in March, and as recognition is hosting a group of club representatives at Arás an Uachtarán on Thursday, May 30.

Next Wednesday’s event will culminate with a draw for representatives of three lucky clubs to attend the Áras for a tour and an audience with President Higgins. All clubs represented on the night will be entered into the draw. The night is free of charge and light refreshments will be served.