Gerard & Eanna in the medals at National Championships 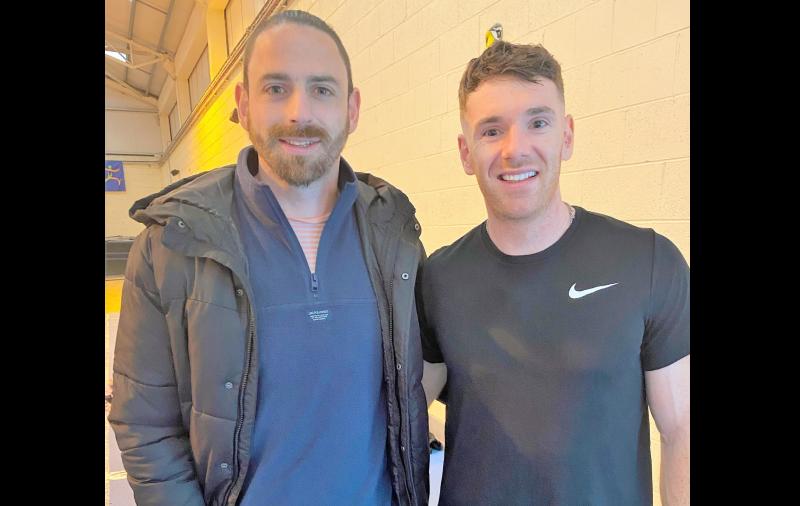 O'Donnell's bid to claim a sixth National  110m hurdles title in a row came up a matter of millimetres short on Saturday when he finished second behind Crusaders Matthew Behan while Madden claimed an excellent third in the 400m on Sunday evening to complete another great weekend for the Dublin based training partners.

On a weekend when performances were badly affected by gale force winds that blew down the home straight of the Morton Stadium track, Saturday saw the worst of it with the wind reaching an almost unsafe level of minus 8.3 metres per second during O'Donnell's 110m hurdles final.

To put that into context, any performance that has a wind reading greater than 2.0 metre per second behind is considered illegal for record or qualification purposes for championship so running into that headwind is almost like running uphill. 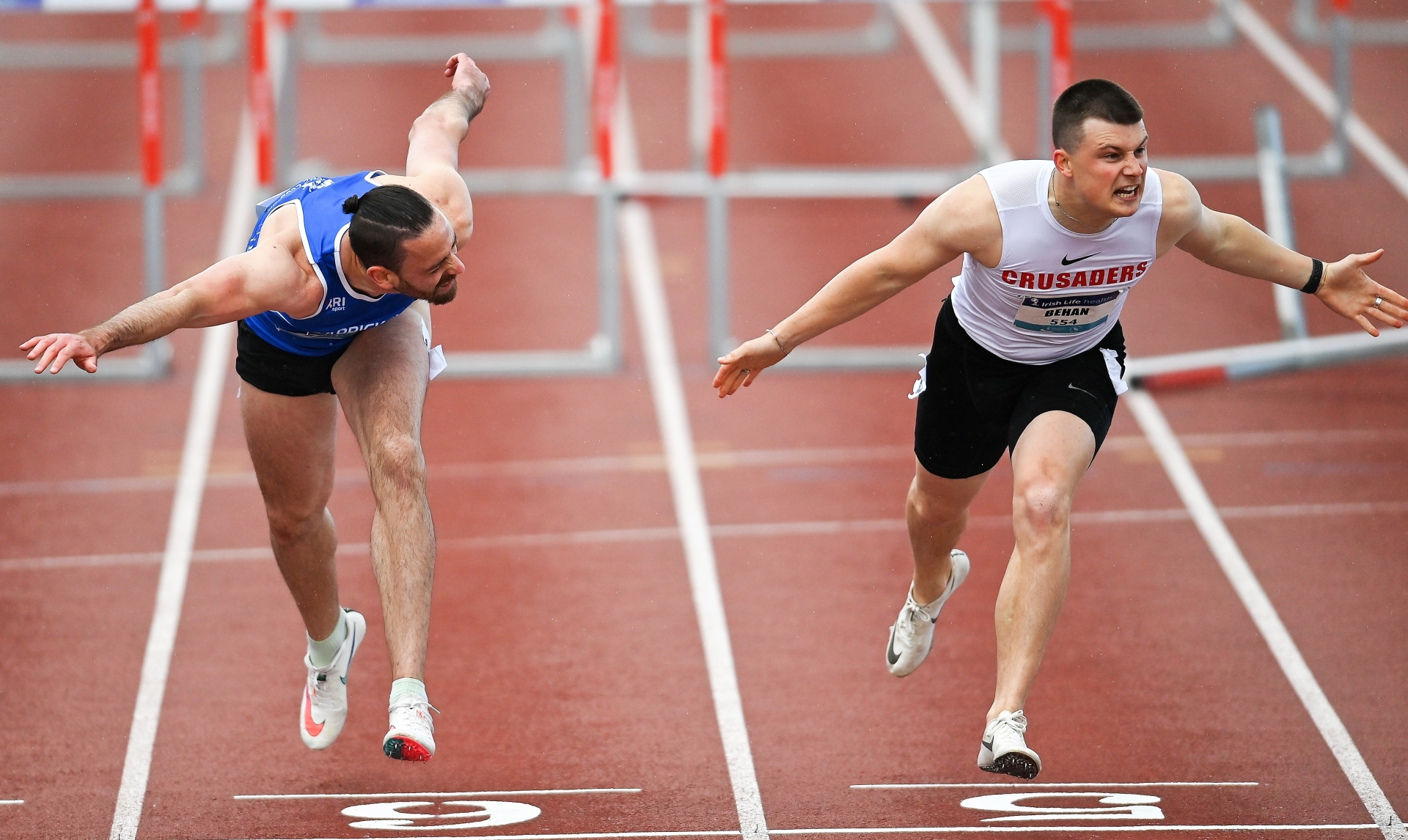 Unfortunately for the Leitrim athlete, a slow start cost him dearly as Behan shot out from the blocks. O'Donnell was starting to pick up speed but then a clash of hands with the City of Lisburn's Josh Armstrong at the fourth hurdle had catastrophic consequences for both athletes.

The clash knocked the Leitrim athlete completely off his rhythm and halted his momentum completely while Armstrong's cadence was so disrupted that he lost his steps completely and ran into the fifth hurdle, unable to finish the race.

At that point, O'Donnell was more than a metre behind the Dublin athlete but in an incredible display of power and resilience, he surged over the final three hurdles and launched himself at the line but came up two hundreds of a second as Behan won the title for the first time with a time of 15.61 to 15.63 seconds.

On Sunday, it was the turn of Eanna Madden to chase glory as he lined up for the 400m final. Having run a time of 49.23 to win his heat on Saturday, the Mohill man was drawn in lane eight having clocked the slowest qualifying time of the eight finalists.

That left Madden running blind but the Carrick AC athlete took off strongly with a fast 100m setting him up nicely in the demanding quarter mile event. With favourite Chris O'Donnell edging marginally ahead by the halfway point, Madden was holding second place ahead of Clonliffe's Marcus Lawler.

Lawler started to edge ahead with 70 metres to go but Madden surged again as the finish line approached but time ran out as North Sligo's O'Donnell won in a time of 46.82 with Lawler second in 47.94 and Madden third in 48.11 to claim the bronze.

The Mohill man is scheduled to run either in Barnet in London or at Saturday's Morton Games on Sunday as well as the Cork City Sports.

Lough Allen College’s Luke Fitzmaurice finished third in the Tailteann Games Inter Provincial Walk in Tullamore on Friday June 24, as Connacht dominated the event with four walkers covered by less than five seconds in the battle for medals. 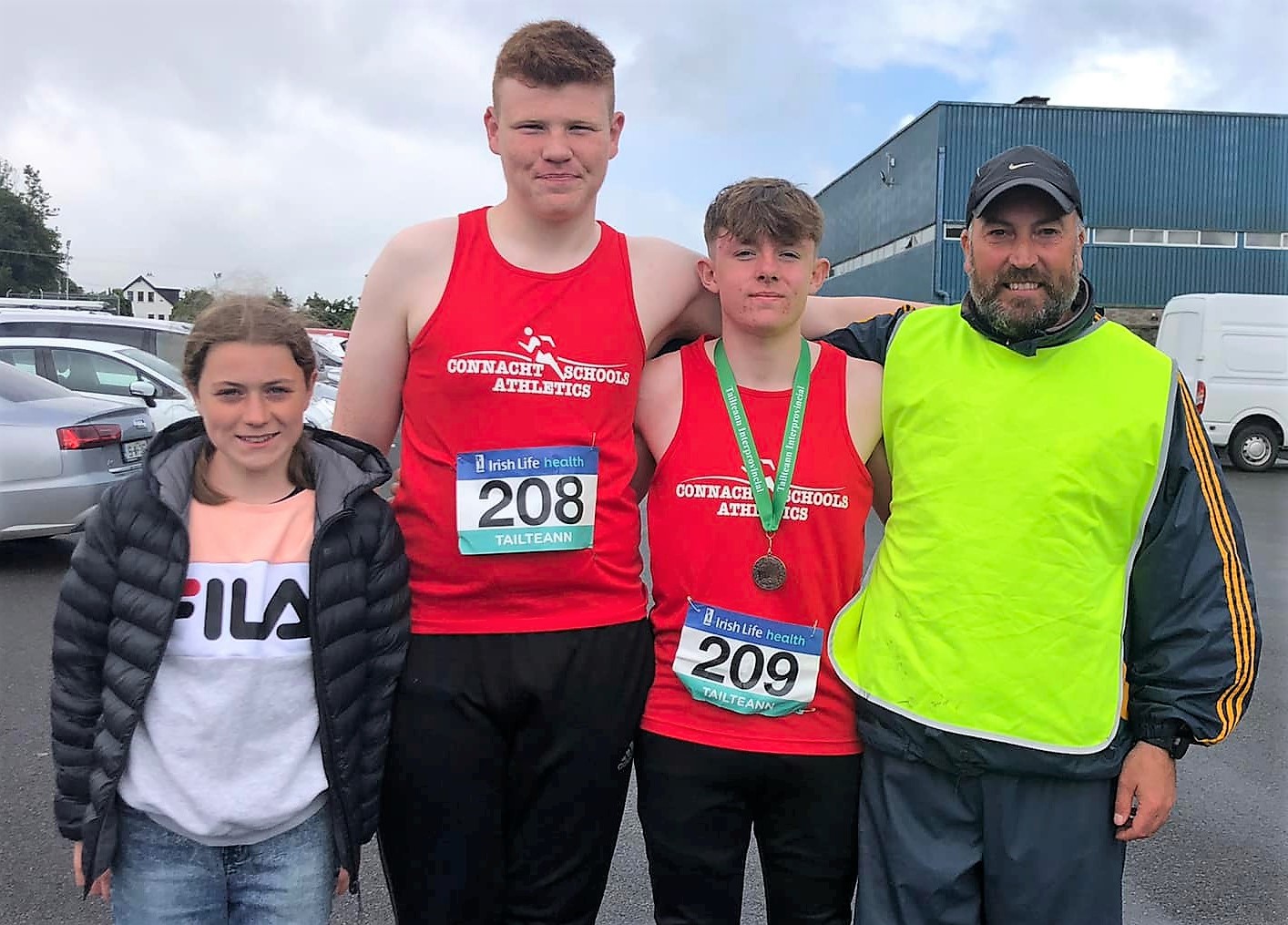 With the top two athletes in each event at the Tailteann Games trials picked to represent Ireland at the Schools International in Belfast in July, the competition is always fierce with the North Leitrim AC clubman less than three seconds away from earning an Irish vest.

With the trials taking place over 3,000m instead of the 2km event at the Irish Schools championship at the start of June where Luke finished fourth, the extra distance obviously suited the Drumkeerin school athlete as he was much closer to Patrick Hyland and Seamus Clarke who beat him in the Schools finals.