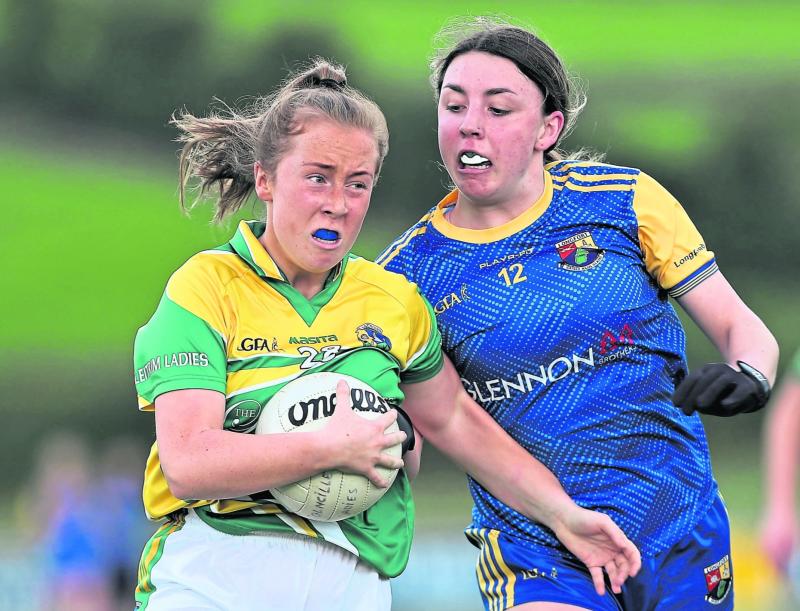 Leitrim's Lauren Devaney is pressured by a Longford player during the LGFA All-Ireland U16 C Championship Semi-Final in Mullahoran Pictures: Syl Healy

From the moment Grace Cullen converted a penalty for the opening Longford goal with just a minute gone on the clock, Leitrim were up against it in last Wednesday’s LGFA All-Ireland C Championship Semi-Final in Mullahoran.

The outcome was never really in any doubt and the wide margin of 12 points separated the sides in the finish as Longford were much too strong for Leitrim as they advanced with considerable ease to the title decider against Armagh on Wednesday next, July 13. 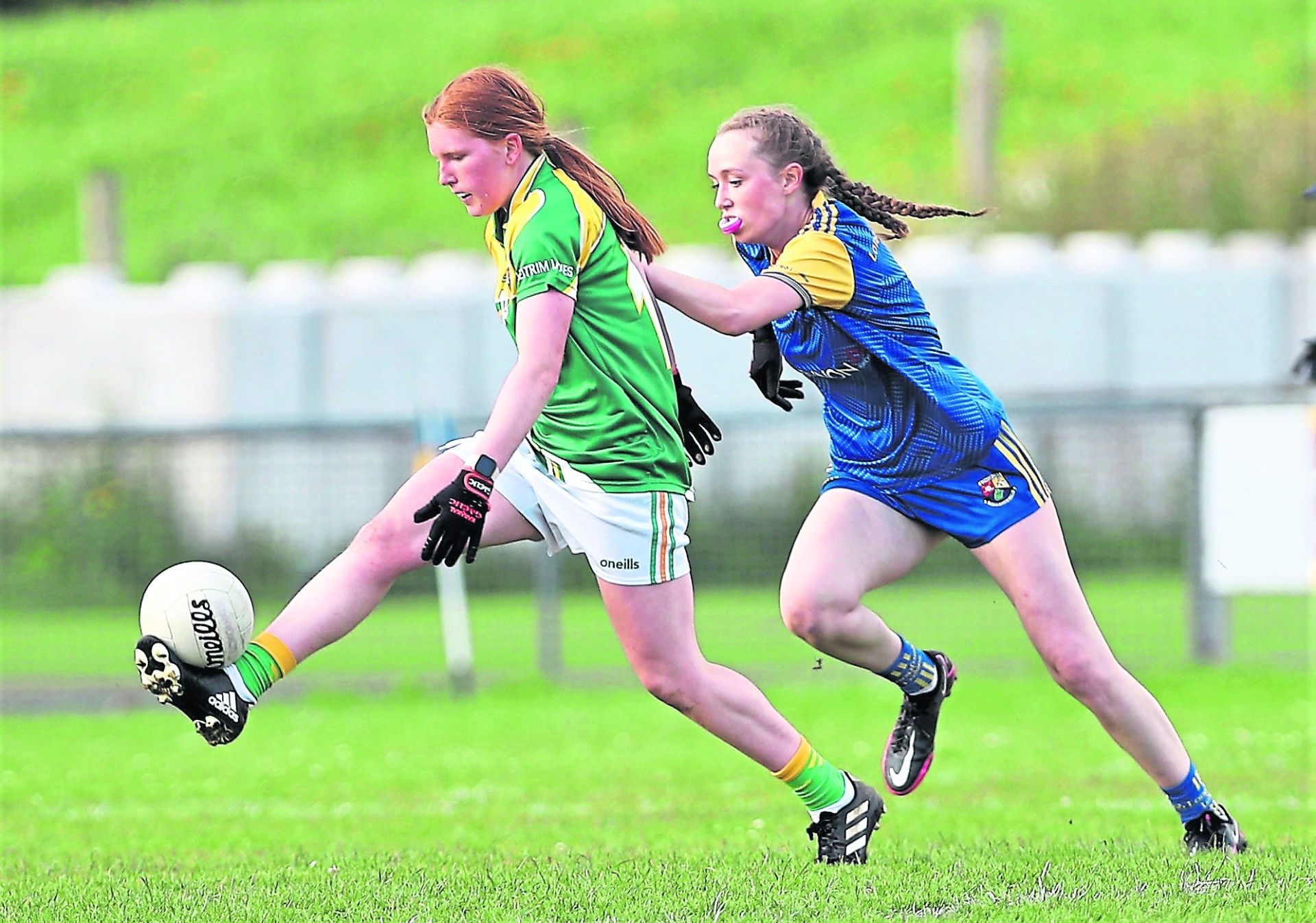 Leitrim's Brigid O'Reilly on the attack against Longford

Impressive midfielder Sian Gallagher scored a second goal for Longford in the 25th minute to leave the midlanders in a comfortable 2-4 to 0-4 lead and when sub Oyindamola Sotunbo shot to the Leitrim net midway through the second half, the advantage was extended to a commanding ten points.

Longford could afford the luxury of kicking a total of 15 wides during the course of this generally one-sided encounter but Leitrim never gave up the fight in the face of adversity and had three point-blank goal attempts well saved by the opposing keeper Siobhan McDonagh on the changeover. 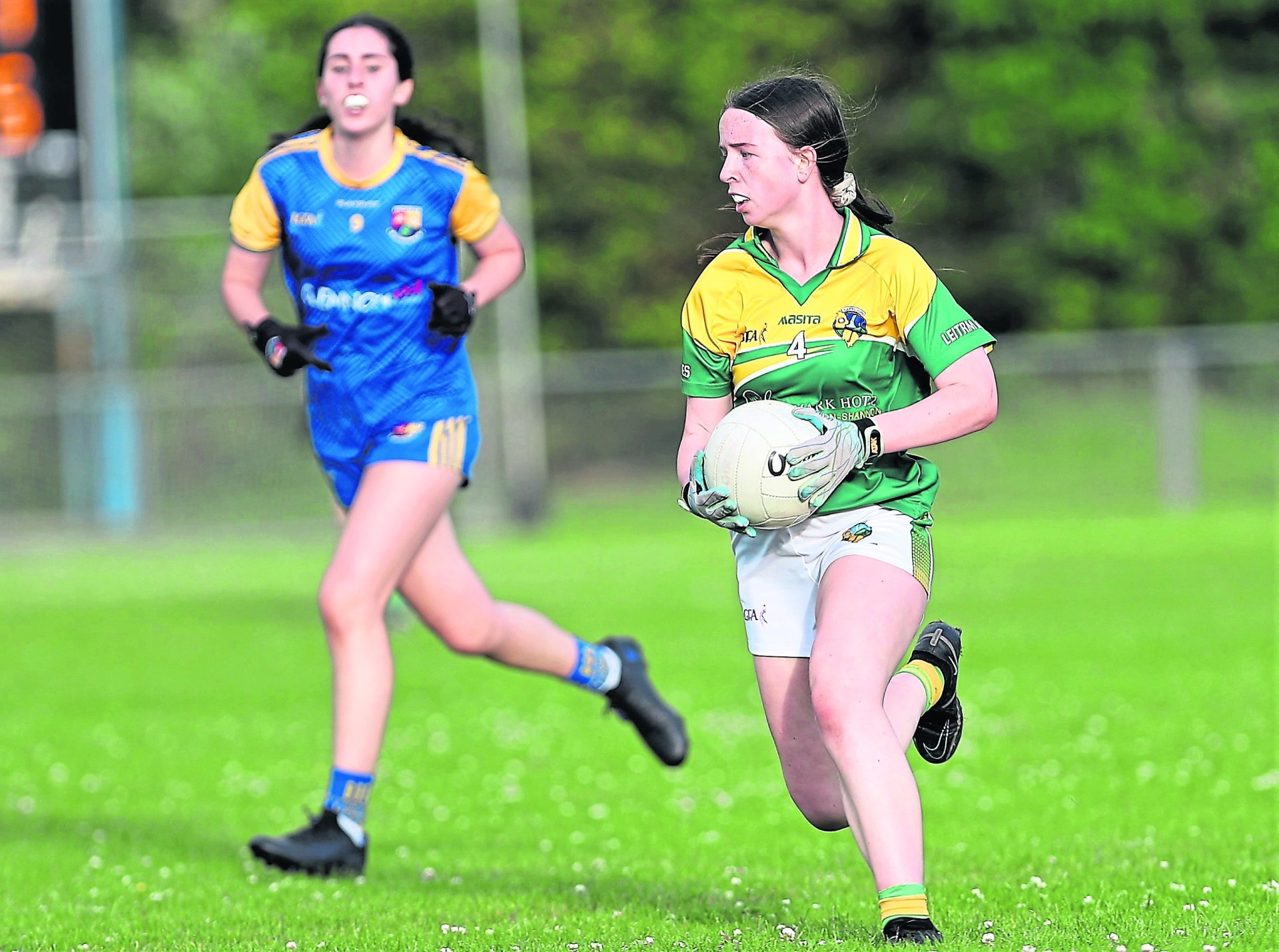 Leitrim's Orla McWeeney on the run with the ball.

The gallant losers were eventually rewarded for their perseverance when sub Eimear Keaney scored a consolation goal in the closing stages of the game.

Despite making the best possible start with the goal from the well struck Grace Cullen penalty, awarded for a foul on Maria Farley, Longford were slow to convert their superiority on the scoreboard.

A couple of points followed from Cullen and attacking wing back Elysia Brady before Leitrim got their opening score from a free converted by full-forward Brigid O’Reilly in the 12th minute.

While Rachel Quinn replied for Longford, the gap was closed to just two points (1-3 to 0-4) after O’Reilly fired over three scores (one free) in a row. 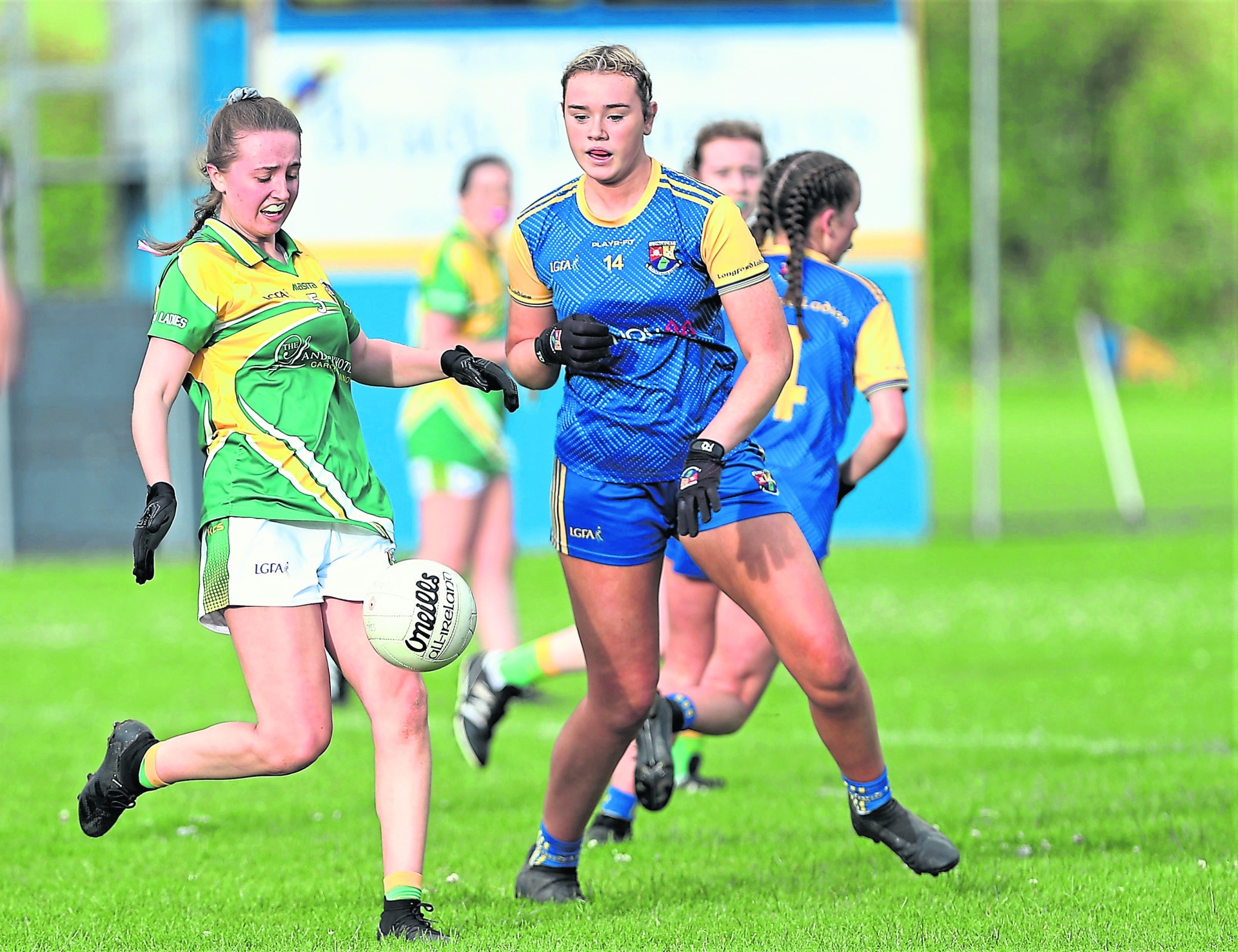 After having a goal attempt saved, Maria Farley landed a point in the 24th minute and Longford then struck a killer blow when the powerful Sian Gallagher burst through to plant the ball in the net.

Further points from Sarah McCormack (free) and Grace Cullen left Longford leading by 2-6 to 0-5 at the break with Brigid O’Reilly accounting for the fifth Leitrim score.

Longford made a strong start to the second half with a cracking point from corner-back Kayla Masterson and three more scores followed from McCormack, Elena O’Reilly and Farley before a third goal materialised in the 47th minute through Oyindamola Sotunbo.

The Leitrim squad v Longford in the U16 C All Ireland semi final.

Leitrim added another 1-3 to their tally on the changeover with the points coming from Saoirse Davis (free) and Brigid O’Reilly (free and play) and Eimear Keaney getting the goal in the 58th minute.

Longford clocked up another four points during the remainder of the match, the first from sub Hannah Burke with Elysia Brady (free) and Rachel Quinn (2) also on target for this talented team who are now just one step away from All-Ireland glory.