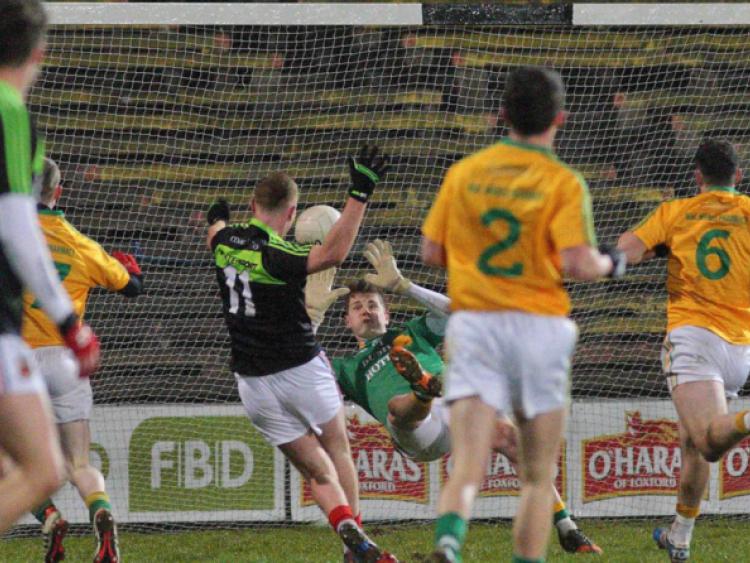 Shane Ward is not one to make excuses but it was hard to disagree with his assessment that the scoreboard did not reflect the game in McHale Park last Wednesday.

Shane Ward is not one to make excuses but it was hard to disagree with his assessment that the scoreboard did not reflect the game in McHale Park last Wednesday.

While Mayo were clearly the better team, the Leitrim manager felt that the 11 point losing margin didn’t reflect the contribution his U21 side had made to the contest - “I’m very disappointed actually. It was 4-7 to eight points, four scores less than the opposition so it was not a bad night out, it was just unfortunate that they were goals.”

The goals were critical and Mayo’s first goal steadied the home side according to Shane - “It gave them the confidence to go on then. We were four-two up and very much in control of the first half I thought and pressing them well and working them well.

“They shot a selection of wides that put them under severe pressure in their decision making so we were happy with that. But to concede a goal at that time put them on the front foot going into halftime.

“And yet at halftime, there was only a point to play for which was very positive from our perspective but we were very slow to start the second half and we were caught for a goal over the top which we should never be caught for. It resulted in Mayo getting on the front foot and staying there.”

It was noticeable that Mayo started finding gaps much easier in the second half, even before their second goal and the Leitrim boss agreed that the home side had taken advantage, particularly with the loss of Senior star Donal Wrynn just four minutes into the second half.

“They found the spaces, yeah definitely and they played it very intelligently,” said Shane, “they worked hard at it. At times, we turned them over although they did find the spaces, we worked them very hard but unfortunately, the goals killed us and there is no beating around that.

“You want to keep your big men on the field, I didn’t actually see the black card for Donal and I presume the referee got it right. That set us back but still, Kenny Cox from Annaduff went in and did extremely well in Donal’s role at centre-forward, he was unfortunate not to start, quite a good player.”

However, Shane didn’t make any excuses for conceding the third goal in the aftermath of Gary Butler’s injury as, when put to him that the injury to the full-back affected his team, he said “It definitely didn’t help matters but it was no excuse for conceding a goal straight away again, that does happen in football matches, people being stretchered off all the time.

“I don’t think it took away from concentration, I just think we lacked a wee bit of confidence at the back on the restart and conceded the goal at the wrong time.”