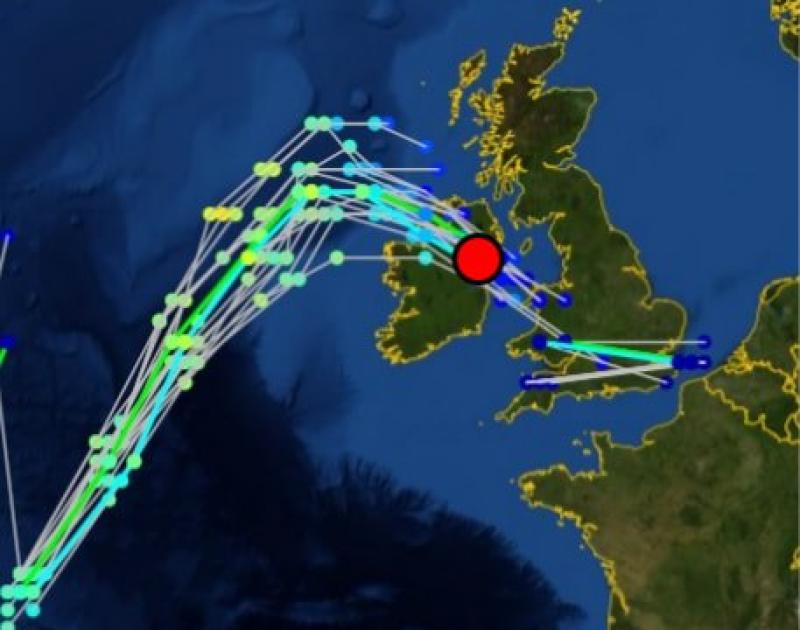 Tracking the path of Storm Lorenzo

The effects of Storm Lorenzo will begin to be felt across Ireland from Thursday morning, easing Friday morning. The main impacts will include disruptive winds, falling trees and flooding.

In early October, trees are mostly in full leaf with a large surface area, so even moderate strength winds can bring down weakened trees and/or tree limbs. In addition, some trees may be compromised due to saturated soils at the moment, and with more rain forecast with Storm Lorenzo some disruption due to falling trees/branches is likely. Heavy rain, coupled with falling leaves may block drains and gullies, leading to surface flooding.

Coastal:
Storm Lorenzo will produce significant swell, high waves and sizeable storm surges. This will lead to wave overtopping, some coastal flooding and damage, especially along western and southern coasts.

River:
River levels are currently elevated across the country and the rainfall may lead to river flooding, especially in parts of the midlands and west. River levels will continue to rise after Storm Lorenzo has passed.

These warnings remain valid from 9am on Thursday, October 3 through to 9am on Friday, October 4.