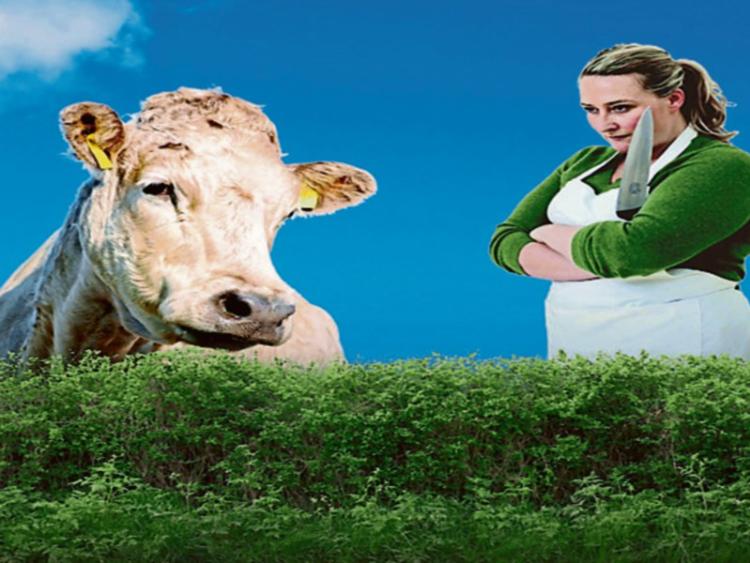 A love triangle story ... with a cow will perform at The Dock, Carrick-on-Shannon on March 31.

Bigger Picture projects present Charolais a fast-paced, witty and filled with laughter ‘Charolais‘ is an age old tale of female rivalry with a new twist: the other woman is a cow, a literal one, a purebred Charolais heifer.

Siobhan is a woman who is very alone in the world. She wants to change that but the way she goes about doing so is off beat to say the least!

She is looking for love and very determined but there are obstacles to her achieving that sense of belonging she craves.

One of which happens to be a terribly beautiful Charolais Heifer, who appears to be vying for the affections of Siobhan’s fella.

A very pregnant Siobhan has developed a homicidal jealousy for this Charolais and is feeling equally murderous towards her snobbish soon-to-be mother in law.

Part comedy and part love story Charolais won the Bewley’s Little Gem award at the Dublin Theatre Festival and has toured and will continue to visit various locations successfully throughout Ireland.

The play is written and performed by Noni Stapleton whom some will know from her role as Timothy Dalton’s wife in the SKY TV series Penny Dreadful.

A dark comedy of love and longing: rarely in Irish theatre are the challenges of farming life and the joy of sex expressed so frankly or with such charm.

If you want a good night out, with an intelligent story, that is both funny and thought provoking then this is the play for you.