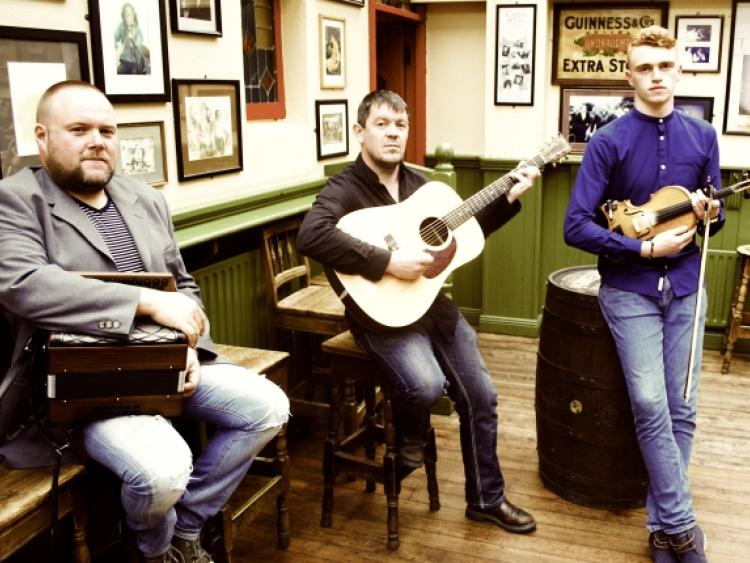 The first Trad gig of 2017 at The Dock brings a trio of superb players to Carrick on Shannon.

The David Munnelly Trio play at The Dock on Thursday, February 9.

Featuring David Munnelly (accordion), Shane Mc Gowan (guitar) and Joseph McNulty (fiddle), the Dave Munnelly Trio have exceptional music pedigrees developed through a lifetime’s dedication to Irish music culture.
They bring a compelling sound that is a blending of their respective Mayo and Sligo styles but still firmly rooted in the tradition.

The trio started by David on a suggestion from a very good friend that loved the idea of the three individual styles coming together and playing music that sounded very natural to all three musicians.
David Joesph and Shane coming from Mayo and Sligo respectively show great reverence to the old recordings and also with a blend of some new compositions in to the mix.
The coming together of the three might have been over a suggestion but we can say no accident.
David Munnelly (accordion) from Mayo is widely regarded as one of the most influential Irish accordion players of his generation.

He has played with legendary Irish bands De Dannan and The Chieftains, and for 15 years fronted The David Munnelly Band.
Shane Mc Gowan (guitar) comes from an area in south Sligo known as Lavagh.
He comes from a musical family and started at an early age, giving his first public performance at the age of 5.
His father, Harry is a well-known flute player from the area and was a big influence on him teaching him whistle and flute.
Shane started playing guitar in his teens and was very interested in playing Irish music as well as rock, swing and Jazz.
He joined Dave and the band in June 2010.

Joseph McNulty (fiddle) is an accomplished musician on both fiddle and bodhran. He credits a lot of his success to having spent years in the company of Peter Horan who was regarded as one of Sligo's finest musicians.
Tickets are available now on 0719650828 or at wwww.thedock.ie