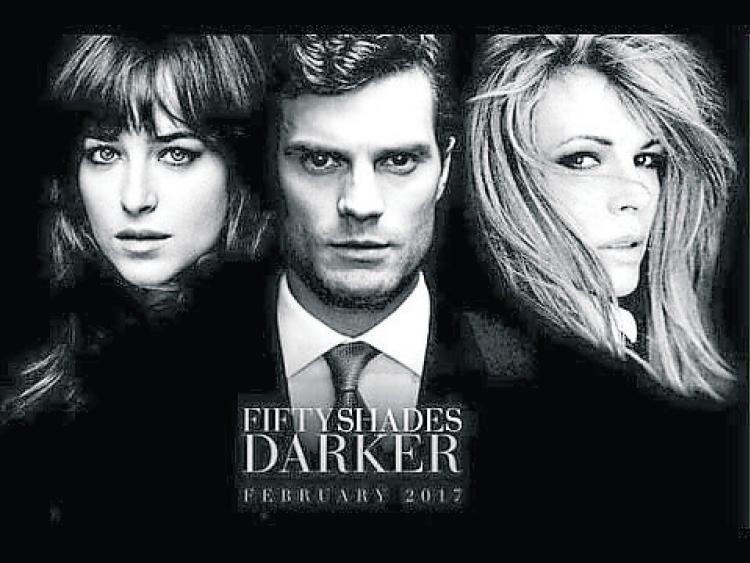 The Leitrim Observer and Carrick Cineplex have teamed up to offer a lucky reader the chance to win a pair of ticket’s to a movie of their choice plus a round of Prosecco Cocktails (or Mocktails!) to enjoy in the sultry surroundings of Café Paradiso before show time!

The winner will have plenty of new releases to choose from including the hotly anticipated “Fifty Shades Darker”; the much talked about Drama/Romance ”Loving” starring Irish Oscar nominee Ruth Negga; or for those of you who prefer something a bit scarier there’s the new supernatural horror “Rings” or “Split”, the enthralling thriller featuring James McAvoy.
For those that are young at heart don’t miss “Sing” the hit animated musical blockbuster or “The Lego Batman Movie”, a hilarious animated comedy for all the family!

The winner will be notified by phone. Closing date is Friday, February 10.

Planning a group night out?
There’s lots of excitement building for the upcoming release of Fifty Shades Darker, opening Friday 10th February at Carrick Cineplex. There’ll be a free Fifty shades of red pre-party in Cafe Paradiso from 7pm on Friday (10th Feb) and Saturday nights (11th Feb) before the shows.
Gather up your gang (be it friends or a lover!) and arrive early to enjoy complimentary canapés in the sultry surroundings of Cafe Paradiso, sip on their signature 'Anastasia' Prosecco Cocktails (2 for €10) and everyone dressed in RED will be entered into a free raffle for spot prizes on the night.

Tickets for the opening week are now on sale instore and online via www.carrickcineplex.ie. Reserved seating is available for groups of 8+ and large group discounts are also available if pre-booked in advance by phoning the Carrick Cineplex Box Office on 071 9672000.