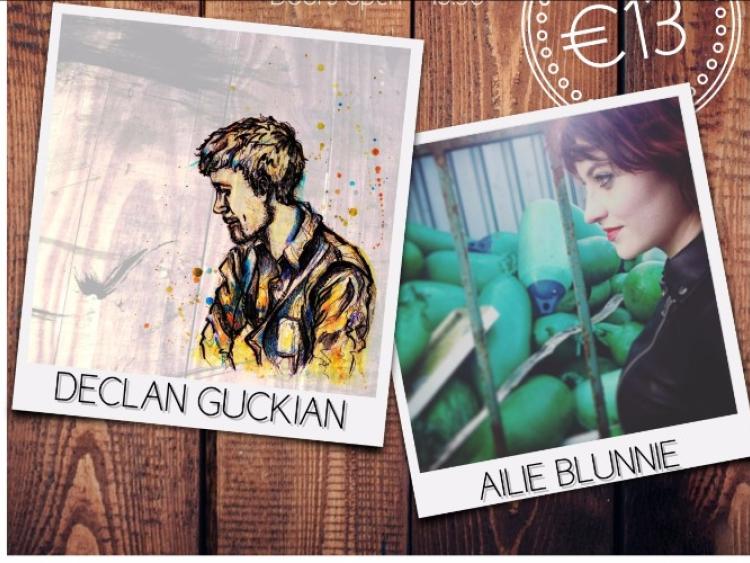 Since leaving Carrick-on-Shannon Community School a couple of years apart, both musicians have been navigating the world of the independent working singer-songwriter.

Declan, now based in Prague, earns his crust as a nomadic artist, busking and gigging mostly in mainland Europe. He released a live CD recorded in Berlin last year, followed by relentless gigging and multiple European tours covering the UK, Germany, Austria, and the Netherlands. The next EP promises a darker direction with new material ready to record for September 2017.
And Ailie, who lives in Dublin, mainly sticks to the quiet life of the songwriter, with occasional bursts of performing.

The two are set to play two Irish dates together at the end of April. Declan will be performing as part of his summer tour across Europe, and Ailie will be giving an acoustic taster from her imminent début album, 'West to the Evening Sun' (for release Summer 2017). Ailie’s début album is the crystallisation of a quiet drive to transmute bare human emotion into full-colour sensory experience.

Her début EP, ‘On love.. and other murder mysteries’ (2013), marked her first tentative foray into the forests of independent musicianship.

Tickets €13 at door, or book in advance at https://www.eventbrite.ie/e/songs-stories-declan-guckian-ailie-blunnie-leitrim-tickets-32511214919

They perform at Bello Bar, Portobello Harbour, Dublin 8.30pm on April 27.
They return to Carrick for a special double bill in St. George's Church, Carrick on Shannon at 7.30pm on Friday, April 28.