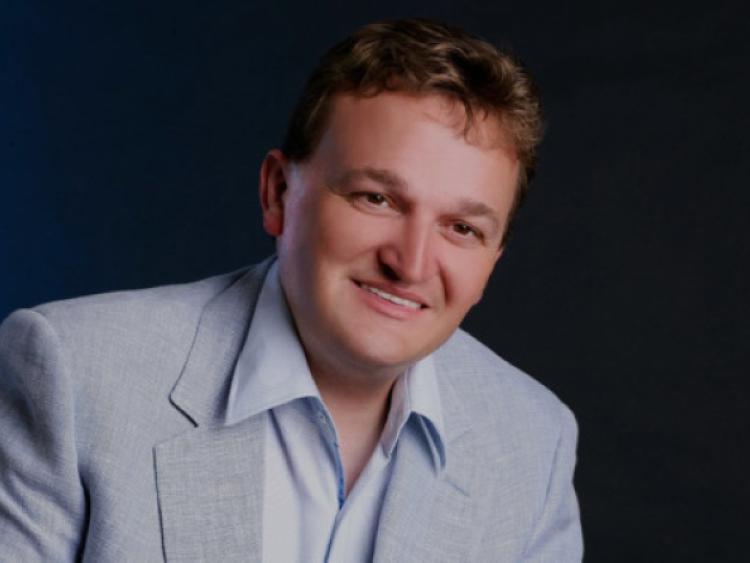 The Landmark presents Jimmy Buckley in concert on Saturday, April 22.

Jimmy’s career is going from strength to strength and he is destined to be a huge star – he is already one of the top entertainers in Ireland, and his ambition is to conquer the English Country Market, not ruling out Europe.

Following numerous visits across the water to England, Jimmy is building up a large fan base and his concerts and dances are always sold out. When he finishes one tour, he is inundated with requests for details of his next.
Jimmy first came to the attention of the Birmingham audiences when he appeared on Bob Brolly’s Big Charity Show, in the Symphony Hall, Birmingham in 2003. Since that first appearance Jimmy’s star has certainly continued to rise.
After his massive hit song “Your Wedding Day” (written by Henry McMahon), Jimmy conquered the Irish music scene and he continues to make his mark on the concert scene in England.

In 2007 Jimmy released his first DVD “Live In Concert.” The DVD won “DVD of the year” Irish World award and it has been shown coast to coast on US television on more than one occasion.
Also in 2007 Jimmy visited Nashville, Tennessee. It was everything he had hoped it would be.
In February 2008 Jimmy worked on a Caribbean cruise and then in March/April he toured with Charley Pride.
November 2008 saw the release of “The Grand Tour – Live,” Jimmy’s second Live in concert DVD & CD.
Jimmy is presently in the studio working on a brand new album which will be available soon.

He has just released a new single called “Say Me Marie” which is available to request on your local radio station now!
Don't miss the concert on April 22. Admission €15 - tickets on the door. Doors open 10pm.