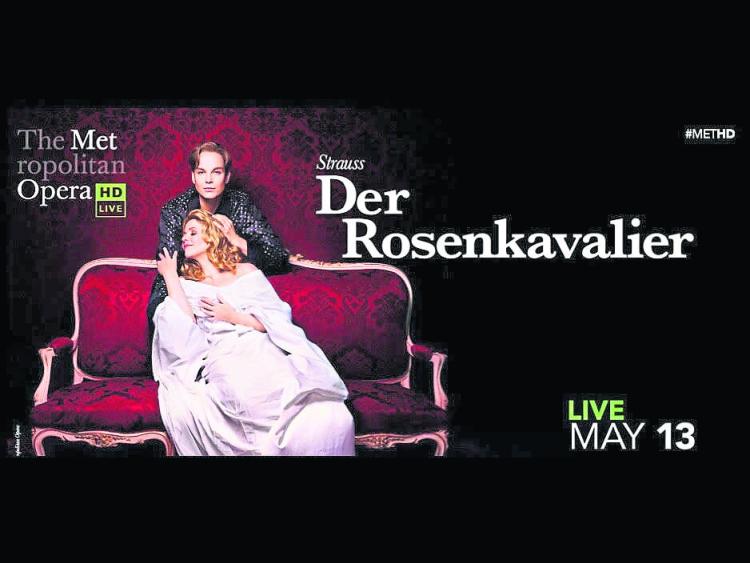 Carrick Cineplex will be showing a live screening of the Met Opera: Der Rosenkavalier on May 13.

The live screenings of the Opera is in high definition, and mean that audiences here are basically seeing the same show as the people in New York going to the lunchtime performance.

This is The Met's first new production since 1969 of Strauss's rich romantic masterpiece, it is conducted by Music Director James Levine and directed by Robert Carsen, whose most recent Met production was the hit 2013 staging of Falstaff. Renée Fleming sings one of her signature roles as the Marschallin, opposite Elina Garanča in her first North American performances as the impulsive young title character. The cast also includes Günther Groissböck, Erin Morley, Marcus Brück and Matthew Polenzani. Der Rosenkavalier is a co-production with the Royal Opera House, Covent Garden and Teatro Regio Di Torino.
The screening begins at 5pm.

Tickets are now on sale from the Carrick Cineplex box office by phoning 071 9672000 or can be prebooked online www.carrickcineplex.ie

The Leitrim Observer has joined up with Carrick Cineplex to offer one lucky reader the chance to win two tickets to the performance.
Simply answer the following question and email your answer with name, address and phone number to leitrimobservercomp@gmail.com
Please mark Carrick Cineplex competition in the subject line.
Question: Name one of the cast in Der Rosenkavalier?
Competition closes on Monday, May 8. Good luck.