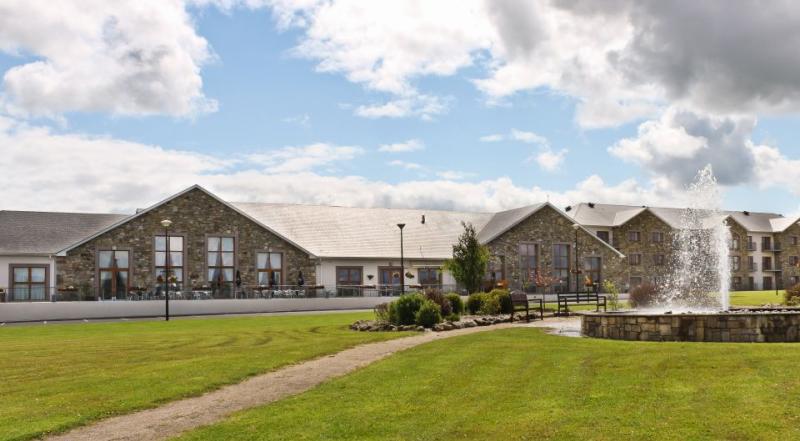 Friends and neighbours of Brian Clarke, Drumshanbo are organising an event to fundraise for a special wheelchair vehicle in the Lough Allen Hotel on July 1.

Married with three children, Brian is currently in the National Rehabilitation Centre in Dun Laoghaire and requires 24 hour long term care.
Brian and his family's lives changed forever after he fell at his home and sustained life threatening injuries in April 2015.
Brian had to be airlifted to Beaumont Hospital, he underwent brain surgery and weeks of treatment before he became stable.

He was also treated at Sligo University Hospital and Our Lady's Community Hospital, Manorhamilton.
The brain injury means Brian cannot yet communicate or move independently, he needs 24 hour care and a wheelchair accessible vehicle amongst many other medical aides.
All of this comes with a great financial cost.

Brian is described as a hard worker and a man of great faith who loves spending time on his farm and with his family.
The man in his 50s has worked all over Ireland, in the UK, and has made lifelong friendships.
Brian's friends and neighbours have organised a Brian Clarke Care Fund and will hold a special fundraising event and raffle in the Lough Allen Hotel Drumshanbo.

There is a first prize of €1,000 sponsored by Shannon Valley Group, second prize €500 sponsored by O'Brien Crane Hire, Dublin, third prize €200 sponsored by Rose Bank Retail Park, Carrick-on-Shannon.
Alan Clarke, Mickey Clerkin and WEE 3 will be providing live music for the Fundraising Social Night on July 1.
A fundraising account has been set up in Drumshanbo Credit Union for those who will not be able to attend the night.
The account details are: Member 3152
BIC: DRCIIE21XXX
IBAN: IE23DRCI99221600315201.