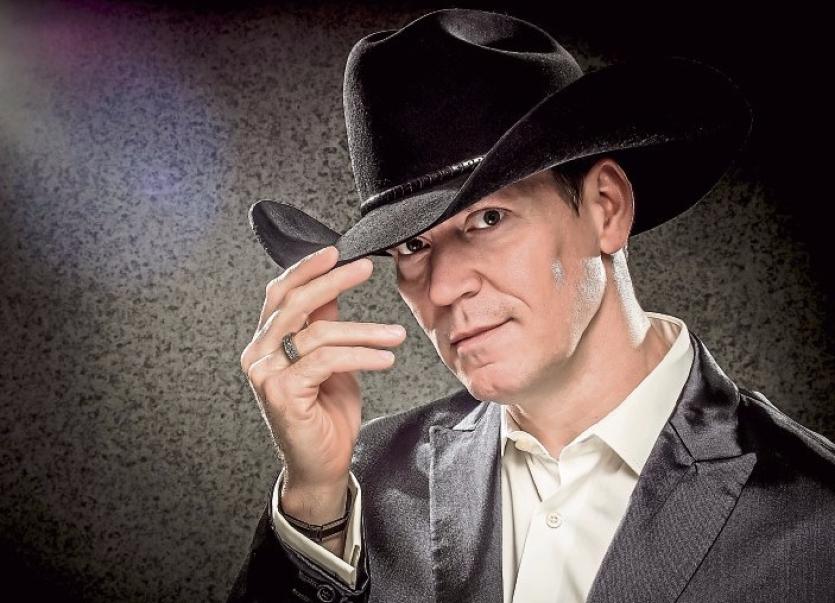 Robert has made Ireland his home for over 20 years. He served his apprenticeship in Country Music since he first arrived here, and is now a top Country Artist in Ireland and the UK. He has released 11 solo studio albums and a full length DVD to date, and is constantly touring Ireland and the UK with his band “The Country Kings”. Robert was voted “Ireland’s Favourite Country Music Singer” in a poll conducted by RSVP Magazine.

Robert was born in Louisiana, the Bayou State and raised on the shores of Lake Bistineau near Shreveport. Robert's early musical influences came from his parents - both performed in a Church Gospel group. At the age of 17, Robert moved to Connecticut where he worked with his father in the painting and decorating business.

He then joined the US army where he served for a number of years. After his military service he moved to Ireland with dreams of a career in country music.

“Kick Ass Country” was Robert's first major hit, but it was “Say You Love Me” that made him a household name in Ireland. Other hits include “John Deere Beer”, “Day Job”, “Louisiana Saturday Night”, “Mama Courtney” and “Wham Bam”.

Robert has recorded many songs in his career, but two highlights where in 2010 when he released the hit single “Mama Courtney” (an original written by Henry McMahon), and also “Murder On Music Row” (a cover duet with top American Country Artist, Collin Raye). Both singles reached the Number 1 position on the European Country Music Chart during 2010 and remained in the chart for twenty weeks.

On Saturday, October 29, 2011 Robert was inducted into Shreveport's Walk of Stars in recognition of his achievements in the world of Country Music, all the sweeter given he is a native son of Shreveport Louisiana and this is the highest accolade his own home city can bestow on him. Some other people who are inductees are; Elvis Presley (Posthumously), Merle Kilgore (co-writer of Ring of Fire) and Hank Williams Snr. and Jnr.

A number of years ago Robert started a trend of taking a group of friends and fans on tour with him to the United States, visiting places like Memphis, Nashville, Austin, San Antonio and New Orleans.

During these tours Robert had the opportunity and privilege of performing at elite venues including The Midnite Jamboree; The Ernest Tubb Theatre; The Cowboy Church; The Carter Family Fold, The Country Tonite Theatre in Pigeon Forge and in his native Shreveport in Louisiana. 2014 saw Robert’s tenth tour to the USA.

In recent years Robert has been part of the Three Amigos hugely successful tour with Patrick Feeney and Jimmy Buckley - performing to sell out venues everywhere they went.

To date The Three Amigos have recorded two albums together.
Tickets are available on the door.
For more information call (071) 96 22222 or visit at www.facebook.com/thelandmarklive