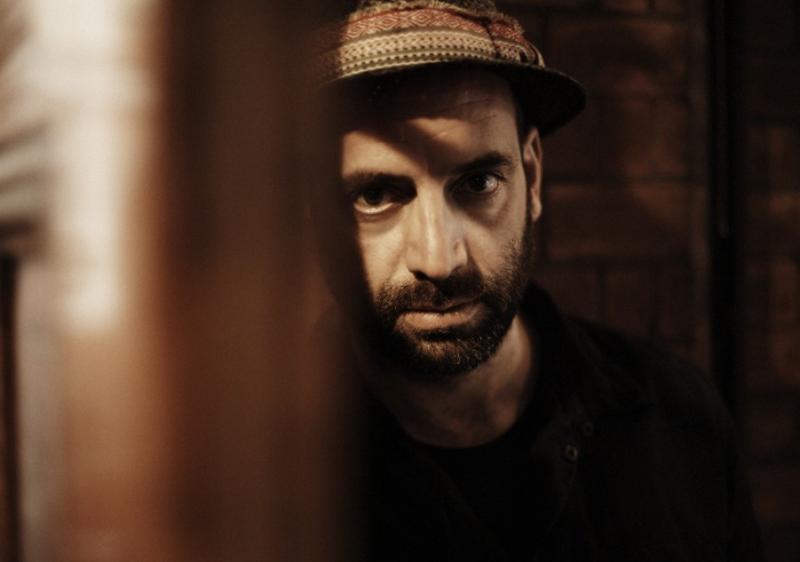 For those who haven't heard your work before, how would you describe your music?
Adrian Crowley: I usually say 'I write words for songs with music that I compose myself and sing them with my man voice.' But that's a kind of in-joke and a way to deflect the awkward question of describing my own music. I really should make an effort and try and answer in a less facetious way...but I still haven't managed to!
I like to think that I write songs that are stories with their own landscape and that if the listener found them self in that landscape, then the stories may become their own. Recently I called what I do 'orchestral hiberno-gothica.' But I was probably being facetious again.

First Fortnight encourages people to reflect on mental health in the first two weeks of January. As an artist, how do you find this time of year to write music?
AC: I am always aware of the seasons and the changes they bring. The darker months are a test for many. Early January can be especially challenging, daylight hours being short. I try and be open to new music coming to me all the time. And anyway it's a constant thing for me and it brings its own warmth, its own light and for that I am grateful.

You won the Choice Music Prize for your album 'Season of the Sparks' in 2010 and in 2017 you released a beautiful album called 'Dark Eyed Messenger'. What plans do you have for 2018?
AC: Well, I have tours planned for 2018, for 'Dark Eyed Messenger'.
I have been consistently touring around Europe now for the past six years and have been building something sturdy through a lot of work. So, come the end of January I'll be heading off around Europe again, for a three-week tour.
When I get back, I have two weeks before the premiere of a feature film that I have been involved with. It's called The Science Of Ghosts, and is directed by Niall Mc Cann who is known for his documentary, Lost In France about Chemikal Underground and the Glasgow music scene. I do a bit of acting in the film and provide the music also.
I have a few collaborations lined up too and hope to continue writing. It's going to be a busy year anyway, that's for sure.

Adrian Crowley will perform at The Glens Centre, Manorhamilton on Saturday, January 13 as part of the First Fortnight Festival. For ticket information please visit www.theglenscentre.com or phone (071) 9855833.