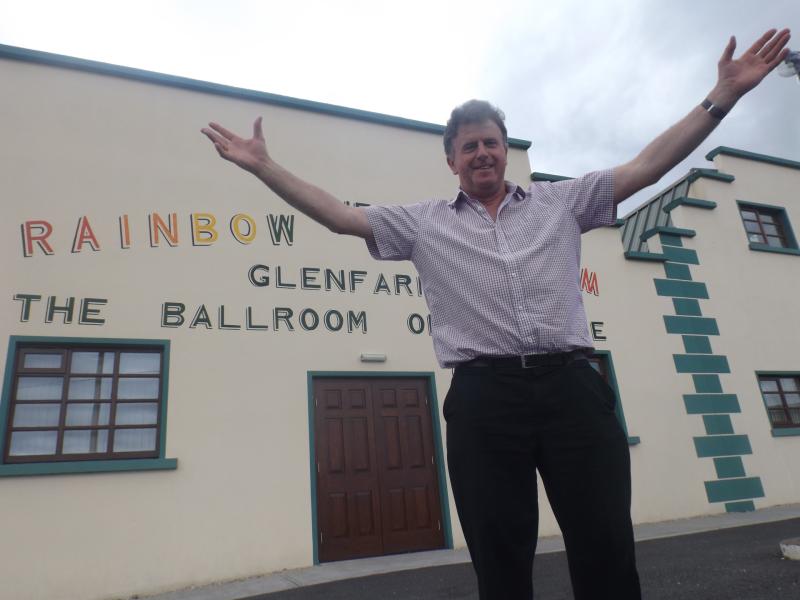 Cllr Sean McDermott pictured outside the Ballroom of Romance

The Rainbow, Ballroom of Romance will be packing a punch with a host of community events on Sunday April 22 with visitors traveling as far afield as Limerick and Drogheda for the reopening of the Showband exhibits and a boxing exhibition that will see some of the cream of Irish boxing talent showcase their talent before ending the day with a dance in aid of cancer charities, “the day would make John McGivern proud” according to Sean Mc Dermott from the Rainbow.

All roads will lead to The Rainbow Ballroom of Romance where a fleet of community events will be happening on Sunday April 22, keeping its makers vision of the Ballroom as a thriving centre of entertainment alive. 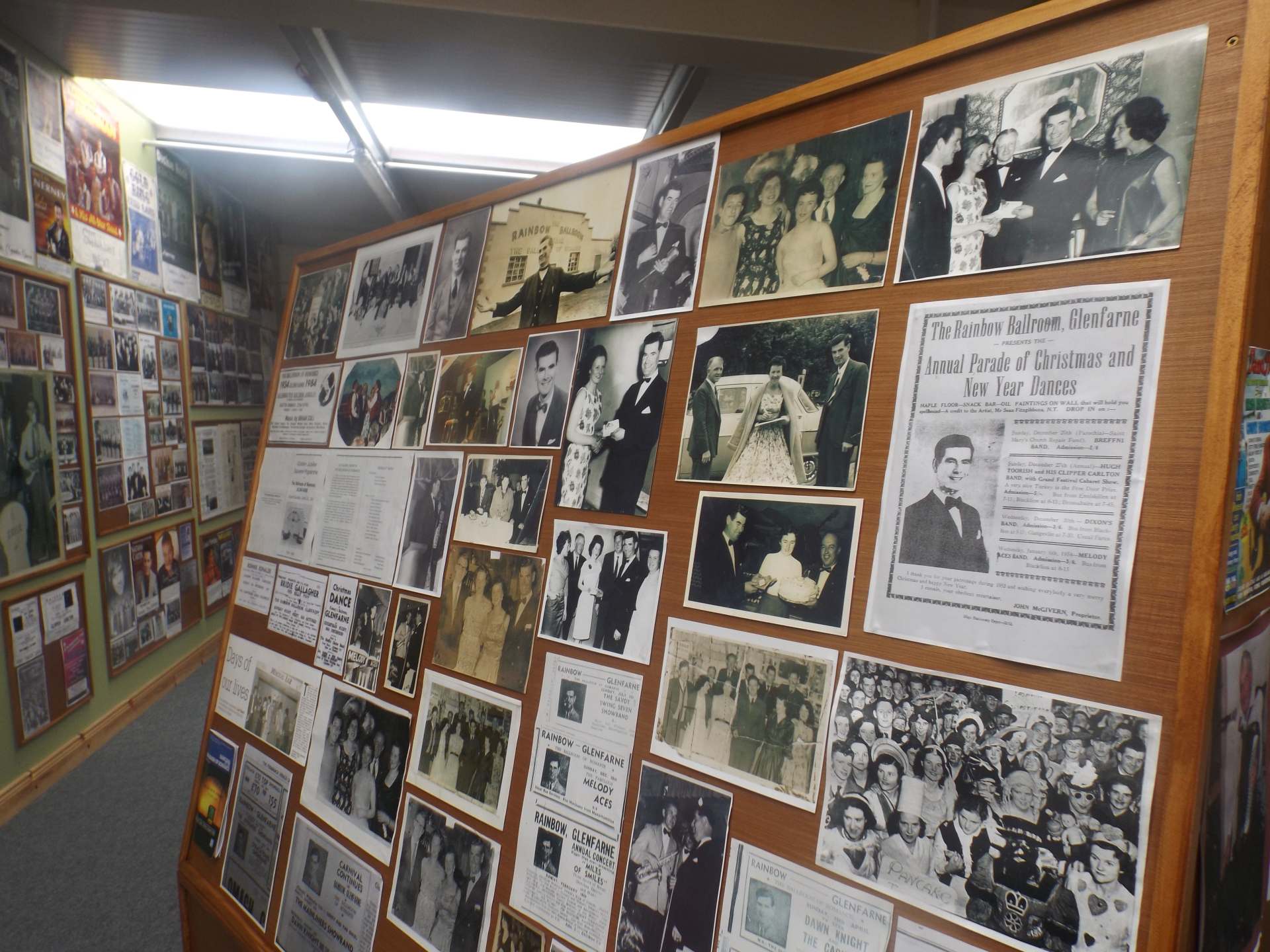 John McGivern who built the hall in 1934 after returning from America had a dream to create his own hall to provide a place for entertainment where people could meet and romance might blossom. The Ballroom, was known for its dances including its slow set interludes where many a romance began, and was also the site for community fundraisers.

Decades on, The Rainbow Ballroom remains a focal point for entertainment with a thriving calendar of events while also hosting the showband exhibit. Sunday April 22 sees the reopening of the Showband exhibition along with a large-scale boxing exhibition and charity dance.

The Showband exhibit, a growing collection of memorabilia from the showband era is now in its third year of opening and will be available for the public to visit from April 22 to October, 12pm-4pm.  The collection provides a trip down memory lane where visitors can watch a short documentary on the time surrounded by plenty of images and memorabilia to reminisce about the big band era.

The Ballroom had some of the best of the best performing there in its hay day, like Dickie Rock and the Miami Show band, The Clipper Carltons, Sonny Knowles and the Pacific among others. Many of those giants of the time will look down from their original posters as visitors enjoy the exhibition.

One of the first lucky groups of this season will be a bus full of admirers from Limerick to see the exhibit and the Ballrooms famous bouncing floor, while then taking a special trip to see Sean Mac Diarmadas homestead.

Sunday, April 22 will also see more visitors traveling to the famous ballroom, this time from Drogheda when Holy Family Boxing Club come all the way for an exhibition box off with local favourites Sean Mc Dermott Boxing Club from Manorhamilton.  The exhibition starting at 3pm will showcase some of the cream of Irish boxing talent and includes reigning Irish champions.  Proceeds will be going to Glenfarne Kiltyclogher GAA and Glenfarne Development Committee.

The bumper day will close with a charity dance in aid of Friends of Cancer Centre and Cancer Care West with the ever popular ”Mountain Fever” and dancing from 9pm till 11pm. 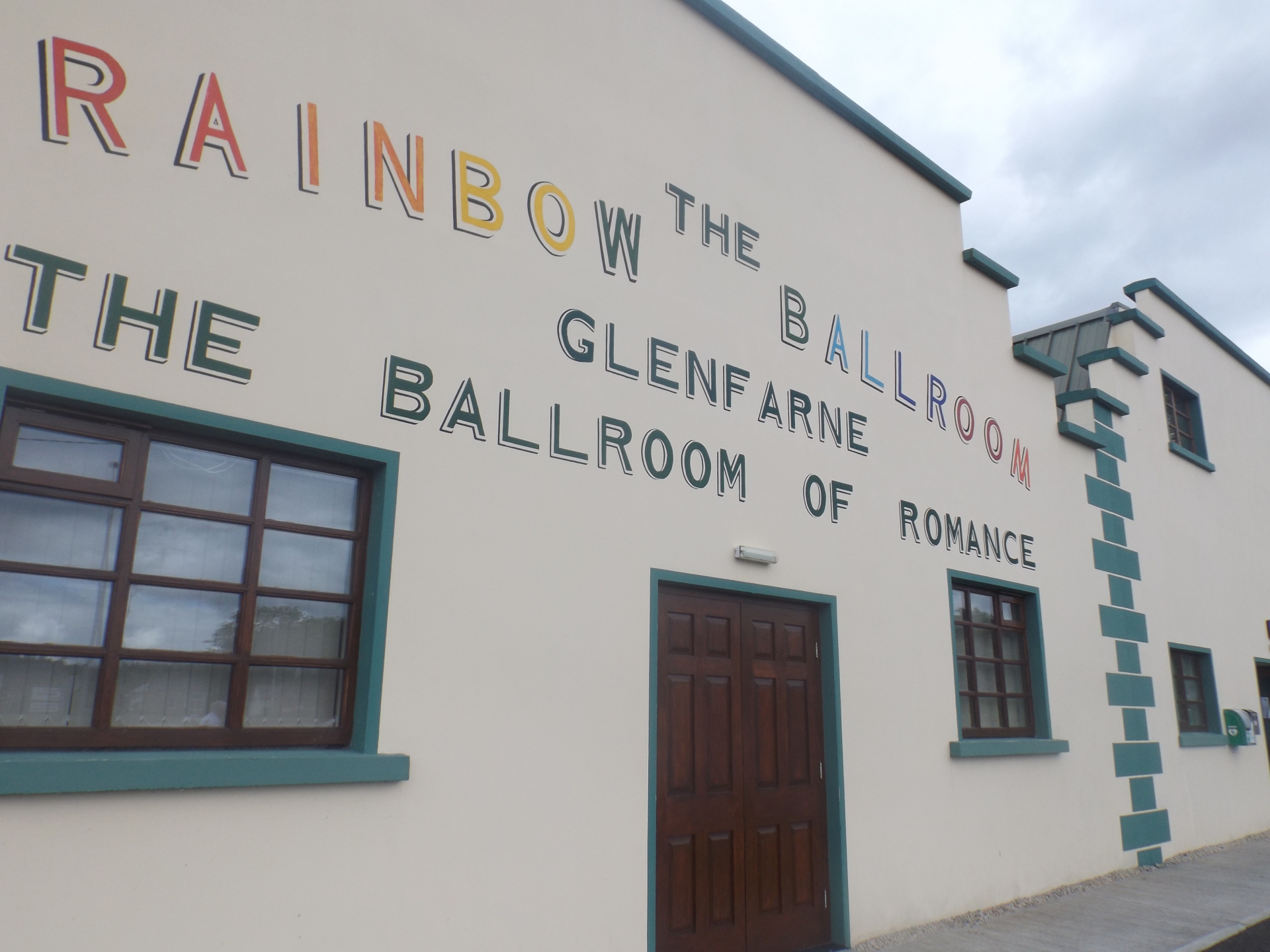 Sean Mc Dermott Chair of Glenfarne Community Development Trust, a driving force behind the development of the Ballroom is looking forward to Sunday’s hub of activity.

He says,  “We are delighted to have people travelling so far and for us to be able to share with them the wonderful resource that we have here in the Ballroom. It’s truly a national icon and means a lot to many people not just locally.  I am sure John McGivern would be proud as we are that his community legacy still lives on"

Cllr McDermott is also pleased that there are other plans afoot particularly the cycling and walking greenway under development alongside the Ballroom, which will soon be launched, and offer another amenity for people to drop into the centre.

“The development of the greenway will also be a great opportunity for visitors from all parts of Ireland and Northern Ireland and further afield to come to this part of the world and get a chance to visit us, and a great tourism resource for the area”