New play looks into the colourful lives of pub regulars 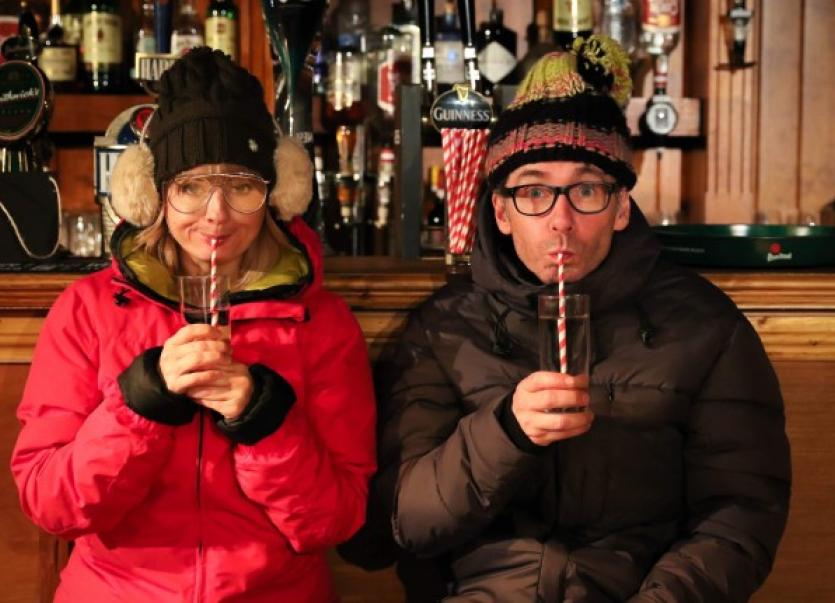 They play entitled Two, takes place in a local pub over the course of one evening and features fourteen diverse characters brought to life by just two actors.
Written by Jim Cartwright in 1989 but still astonishingly real today, this much loved two hander by the celebrated Lancastrian playwright waltzes the audience through a spectrum of human emotion, weaving a rich tapestry of life through intimate insights into the lives of the colourful pub regulars.

Often funny, sometimes poignant, yet always incredibly human, each character or couple acts like a fragment of shattered glass reflecting back at us as the play mines the depths of human experience.
Niamh McGrath is a professional actress, playwright, director and drama teacher.
Her play Sarah’s Comfort was nominated for the Stewart Parker Award. She was part of the original cast of Alone It Stands, touring to Tasmania, Glasgow, the Edinburgh Festival and London’s West End.

Niamh works as facilitator to Mayo Youth Theatre, and also regularly devises work with groups such as The Ridgepool Training Centre in Ballina.
She also featured as drama mentor in RTE's young people’s series Primary School Musical. Niamh is the artistic director of Mayo Youth Theatre. She has previously performed at the Dock with play Looking Deadly.
Tickets are available on (071)9650828.

Pilgrim Street at The Dock
The Dock will be filled with sounds of bluegrass, old time country and folk music, fused with traditional folk songs from this side of the Atlantic on March 22.

Pilgrim St bring a warm and lively atmosphere to their music and have garnered a glowing word of mouth endorsement from venues around the country with their powerhouse live performances. Drawing from fellow luminaries such as Hank Williams, Woody Guthrie, The Pogues and Bruce Springsteen’s Seeger Sessions outfit, Pilgrim St are about to bring their infectious melodies, harmonies and songs to venues all around the country.
Book now to save your seat for this show visit www.thedock.ie

Also read: Carrick gets ready to celebrate our national day