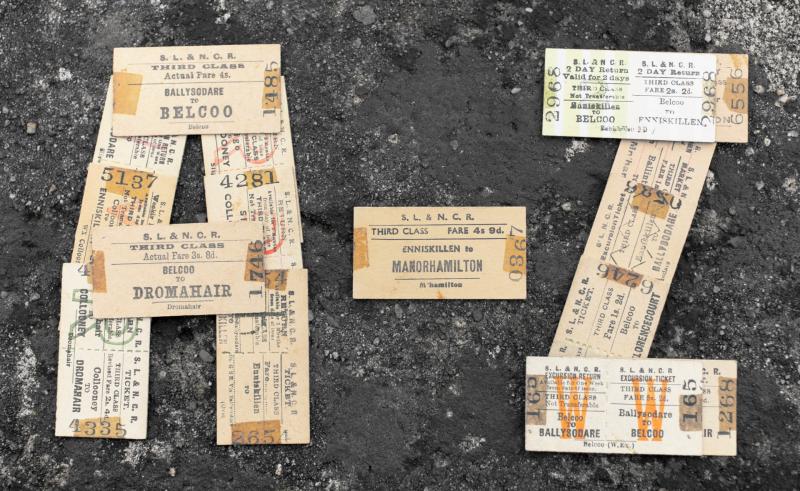 A cross-community and cross-border youth drama production of a new play SL&NCR; written by the Fermanagh playwright Carlo Gébler takes to the stage in The Glens Centre, Manor hamilton and the Ardhowen Theatre, Enniskillen on March 30 and 31.

The performance features 32 young people from the Leitirm and Fermanagh border region has been developed over a 10 month creative cross border collaboration process as a part of the Across the Lines, IFI funded programme running from The Glens Centre.
The project commenced in June 2018 with young people coming together with their own drama Leaders Declan Drohan, Sally Rees and Tori Lee and the playwright Carlo Gébler to research the Sligo Leitirm and Northern Counties Railway which once connected people, townlands and communities between Enniskillen and Sligo. 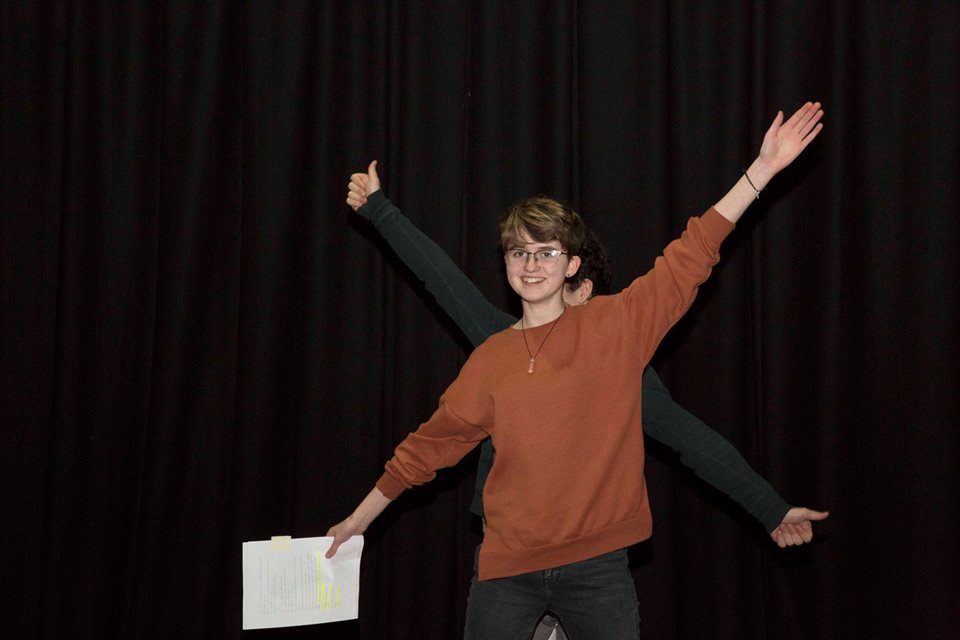 Young people undertook a series of site visits including to the Enniskillen Railway Museum, and Florencecourt, Belcoo and Glenfarne stations, talked to a number of local historians, train enthusiasts and interviewed some of the older generation who willingly shared memories of bygone days of the railway.
As Declan Drohan director with Manorhamilton’s Senior Youth Theatre stated, the project “has involved a unique mining of local lore and family stories in relation to the psychic space occupied by the old railway line.”
Declan outlines what audiences can expect: “a playful act of ensemble storytelling and an emotional and rigorous act of time-travel.”

Participating young people starting out on the project, shared information about how often they crossed the invisible border today.
Typically, all Leitrim young people went North frequently for shopping in Enniskillen, less so for social occasions with a smaller number of northern based young people coming to Leitrim to visit friends.
It was a new and fascinating experience for them in cross-community and cross-border groupings to experience the border up close as part a walk in the landscape exercise led by the Leitirm artist Séamas Dunbar.
The research and the stories gathered have been the catalyst for Carlo’s powerful script, which has been developed through the direction of the drama tutors Declan Drohan, Tori Lee and Sally Rees with support from Treason Nealon and under the guidance of Kabosh artistic director Paula McFetridge.

The IFI project coordinator and production producer Ruth Gonsalves Moore affirms that “the result is a energetic youth production that educates, inspires and moves.
She concludes that “the ten month experience has been a positive and empowering one for young people; they have had opportunities to get to know each other, as friends and peers and hopefully this work will have the chance to progress and deepen in the near future.”

The Glens Centre’s Across the Lines IFI programme supports community cohesion and peace-building in north Leitrim, with its neighbours in Fermanagh and the border region.
This youth drama project is one of six projects seeking to create new opportunities to bring people together working through arts and creativity to harness skills and enable new understandings.
For bookings call: (071) 985 5833 or visit www.theglenscentre.com

Also read: Two new jobs to be created in Ballinamore under Peace funding