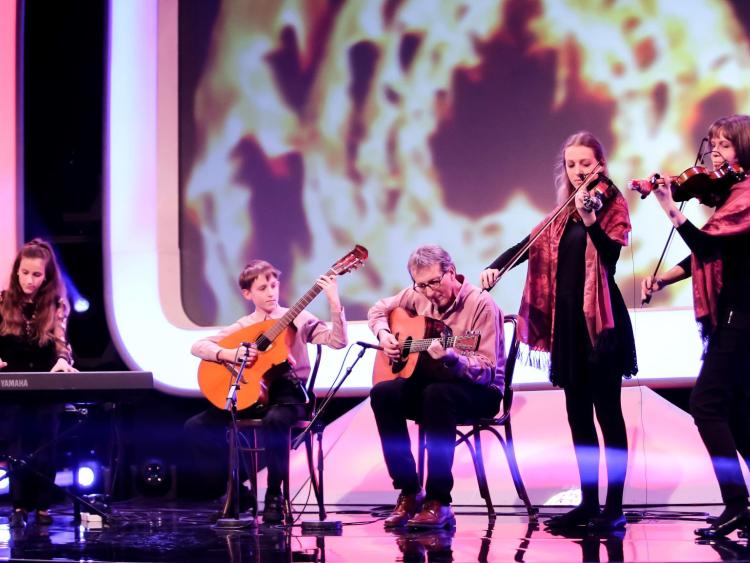 Michael and Natasha Dietz from Ballinaglera will perform on TG4 with their three children this Sunday night at 8.30pm

A highly talented Leitrim family feature on this week's edition of TG4’s hit Sunday night entertainment series Réalta agus Gaolta on Sunday, April 28, at 8.30pm.
The Dietz family, from Ballinaglera, are in the running to be crowned Ireland's most talented family. They are known locally as a very musical family.

From Crystal Swing to Clannad, the Irish family has entertained us throughout the decades. Talented Irish families have excelled in their particular genres, whether it’s the pop music of The Corrs or the sean-nos dancing of the Cunninghams. Now it’s time to find the next family that will entertain the nation.

The Dietz family members will be singing, dancing and banging out the tunes, as they go head-to-head against other families to play live on stage supporting world famous Kíla in their National Stadium Concert in front of thousands, along with a cash prize of €3,000.

Ballinaglera's talented bunch will perform on episode six which airs this Sunday at 8.30pm on TG4.
The show will have everything from rock 'n roll and sean nós, to power ballads and more.
The Dietz family will represent Leitrim up against families in Tipperary, Cavan, Armagh, Mayo and Galway.