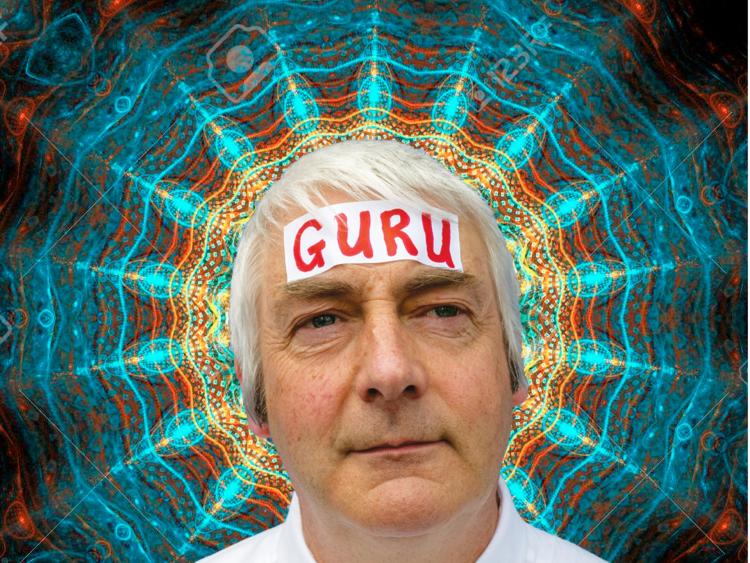 Comedian Kevin McAleer returns to the Glens Centre, Manorhamilton this Saturday night, May 11 at 8pm.

Following Guru McAleer's sell-out live apparition in the Glens two years ago, the level of mindfulness in north Leitrim increased by a staggering 17% overnight.
He now returns for a glorious second coming, having just been voted Ireland's most humble guru by Truth magazine for the 18th year running.

It's almost 50 years since Tyrone's biggest living lama first coined the word mindfulness, and he is still coining it today.
He achieved global fame and fortune with the hugely populist Be Your Own Brexit, and has appeared dozens of times on Celebrity Zen Master Chef and as an outspoken judge on Tibet's Got Talent ...

McAleer's Advanced Awareness seminars promise total self-fulfilment on the night, or your money back; participants are gently guided to a state of advanced hilarity, emptying the mind of fullness, and replacing it with mindless fun. An evening of divine light entertainment not to be missed.

Síle Molloy
Adapted from the award-winning radio play of the same name, Síle Molloy tells the fictional story of a young Irish musician and servant girl, as she navigates a course from The Workhouse to The Big House, to the hustle and bustle of New York City, to the Bluegrass State of Kentucky, from the late 1800s to the earliest days of the Irish music recording boom in America.

Sile’s was a musical journey and this is reflected in the extensive use of music and song, both live and recorded, throughout the presentation. As the music travels west, it meets and absorbs a variety of styles and influences, yet all the while holding its own, reflecting Síle’s own development as a confident, cosmopolitan young Irish woman abroad.
Síle Molloy continues the actor and playwright Maria Logue's exploration through drama of exceptional, though too often overlooked, women in history. Directed by Claire Falconer.