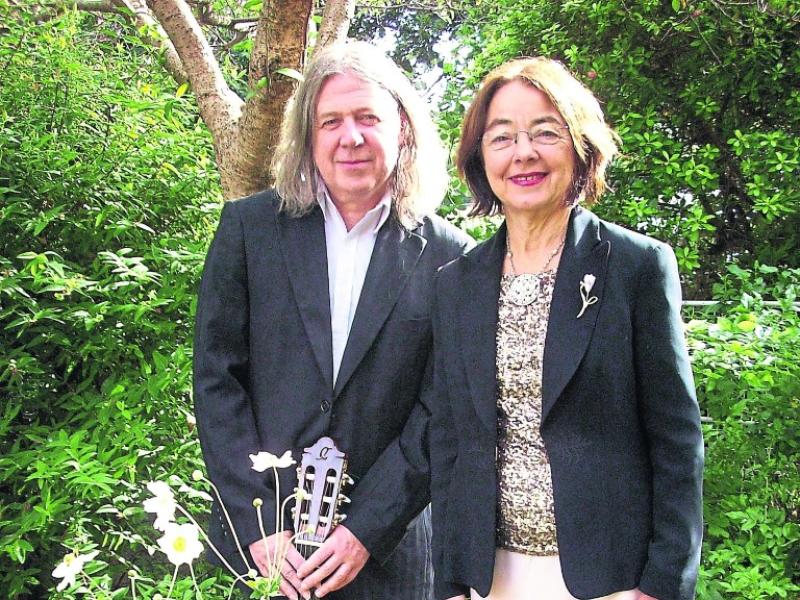 Gerry Anderson and Carmen Cullen perform a tribute to Delia Murphy in The Glens this Friday night, May 24

An enthralling performance of songs of Delia Murphy, the most popular female Irish Ballad singer ever can be witnessed in The Glens Centre, this Friday night, May 24.

Sung by her niece Carmen Cullen and accompanied by Gerry Anderson the event pays tribute to Delia Murphy.

Delia played in Drumshambo and Manorhamilton perviously and performed to packed houses. A west of Ireland woman herself she had a great affinity with what she called the real people of Ireland and is still recalled in the folk memory of those who remember her strong Western features and how she put the passion of folk music into her eyes voice and manner. She recorded The shores of Lough Bran (Leitrim ) in 1953.

This is a unique opportunity to hear about one of Ireland's legends from a family member; bringing songs like, If I were a Blackbird and The Spinning Wheel alive in her aunt's unmistakable style. She is accompanied by well known Wicklow musician Gerry Anderson.

Carmen describes the journey of the show as being an unforgettable one, giving the performers not just the chance to allow people to dip into musical memories, but also to enlist new followers for the wonderful singer they commemorate; restoring Delia to her rightful place in the annals of Irish music.