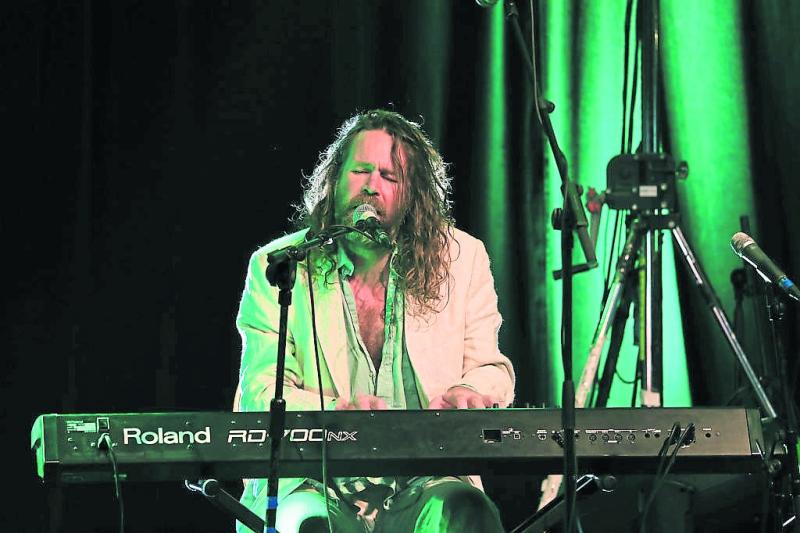 Carrick Carnival have announced that Liam O'Maonlai will perform a special live solo gig in St George's Church on June 6.

If you missed The Hothouse Flowers for what was an incredible gig last summer, don’t feel cheated… Carrick Carnival have teamed up with The Chapel Sessions to bring back their magnetic lead singer – Liam O’Maonlai for an intimate live solo gig in St George’s Church as part of this year’s festival line up.

Known to us all as the piano playing lead vocalist of the Hot House Flowers, the band once described by Rolling Stone magazine as “the best unsigned band in the world.”

Praised and loved for their passionate, bombastic fusion of rock with the rootsy sounds of Irish folk and American gospel, The Hothouse Flowers were first to be found on Dublin’s Grafton Street in the busking guise of The Incomparable Benzini Brothers.

They were spotted by Bono back in 1986 and he arranged for the young band to release its first single on U2's custom label, Mother Records, and subsequently the band's first two albums, 1988's People and 1990's Home. The rest is in the history books of Irish music.

Liam O’Maonlaí is a musical master whose raw energy and exuberance is best seen when he entertains alone. He’s infectious. His performance is intoxicating, this is a gig not to be missed.

Carrick Carnival are delighted to announce that Liam will be joined on the night by a very special guest, Leitrim's Brían Farrell.
An award-winning song writer and multi -instrumentalist Brían has spent much of the last six years in America where he has played shows and residencies everywhere from Hollywood to NYC.

This is a rare opportunity to see Brían perform his amazing catalogue of songs live in front of his home town crowd.

St George’s Church is an intimate setting for a gig, this is what makes it so special. With room for just 140 early booking is always advisable to avoid disappointment.

The carnival fun kicks off in the county town this Friday, May 31. The day starts with a Splash Party from 2pm before the spectacular opening from 4pm, brass, samba and plenty of other bands will be on hand to make this year's opening explosive!
There will be plenty of entertainment for the kids including the ever popular ball race through the streets.

This Saturday, June 2 there is plenty of activities for the kids before HFC Brass Band get the trumpets started at 3pm and Rock Starz hit the bass at10pm.

On Sunday don't miss Rock at the Clock, Music on the Barge with Flies, Water Jet Pack Display and the awesome fireworks at 11pm at the River Shannon.

There will be a few battles on Bank Holiday Monday with the Carnival's fittest company plus a raft race and much more.
Check out Carrickcarnival.com for further details.