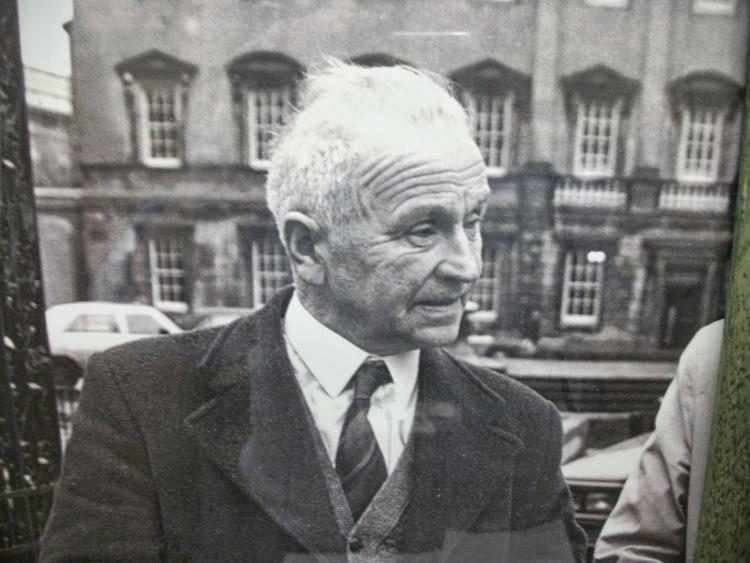 Michelle O’Neill will give the oration at the annual John Joe McGirl Commemoration in Ballinamore on Saturday, August 17.

Michelle is Leas Uachtarán of Sinn Fein and the party’s leader in the Six Counties. This is her first major public engagement in Leitrim.

This annual commemoration has become a feature event in Ballinamore’s Summer Festival and crowds line the streets to see the parade and to hear the keynote speaker.

Many will be hoping to see and meet Michelle O’Neill on her visit to Ballinamore.

John Joe McGirl was a legendary republican, known and respected far beyond the boundaries of Co Leitrim. He suffered greatly in pursuit of his ideal of a united and free Ireland and spent many years in various prisons from the Curragh in the 1940s to Long Kesh in the 1970s. He was also a TD and County Councillor and represented all of the people with honour and pride. His death in December 1988 brought people together from all corners of Ireland and from all political persuasions.

The parade, headed by the Mountain Road Pipe Band, will start from the Square at 8pm sharp on Saturday, 17 August. The general public and people who are in town for the Festival are invited to take part in the parade and commemoration. Night ends with ceol agus craic, appropriately enough, in McGirl’s Pub. Beidh fáilte roimh chuile duine a ghlacann páirt sa chomóradh stairiúil seo.