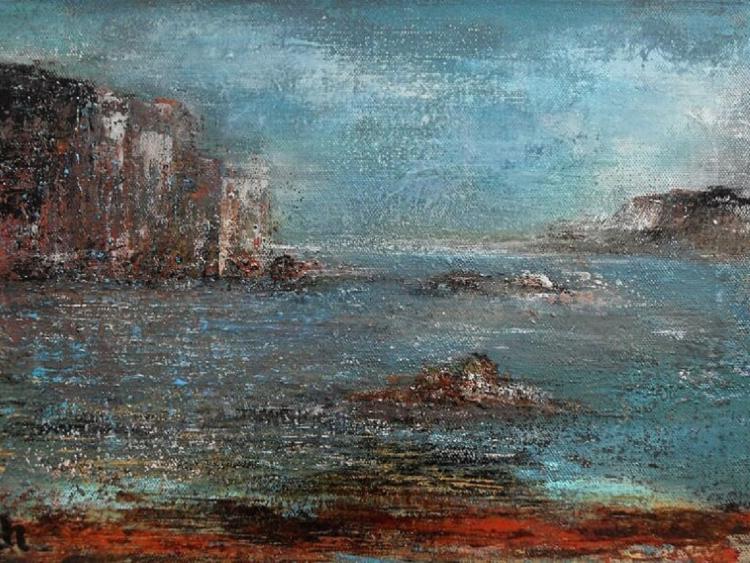 The Memory of Water at Solas Art Gallery

The exhibition will be opened by Ciara Hambly of Hambly & Hambly at Dunbar House.
Originally from Donegal, Irish artist Maria Noonan- McDermott now lives and works from her studio in Co. Leitrim.
She began her artistic career in Dublin in 1985 and qualified in Fashion and Design. She later returned to college to complete a certificate in visual education before continuing on to study Fine Art.

Heavily influenced by the impressionist movement, her work focuses on the study of light and form in Irish landscapes.
Painting with palette knife, Noonan-McDermott maintains her own elegant yet brash style.
Heavy, textured marks of paint sit on the canvas amongst soft contours of light. Her recognizable juxtaposition of styles combines to reveal an impressionist and abstract trait in her work.

With a love of folklore and story-telling, Noonan-McDermott's influences lie in rural Ireland; it is in these magical places that share a colloquial history where stories and the people are often ingrained into the landscape.
Maria manages to portray these images through the use of layers of paint that appear as flecks built up over ages as topography into which she places recognisable entities, objects and fleeting glimpses of ideas.

Maria’s work is an example of one person’s ability to create a unique style while retaining classical traditions and yet be accessible to a wide spectrum of tastes.
Maria Noonan-McDermott's show Memory of Water runs until October 19 in Solas Art Gallery Ballinamore.