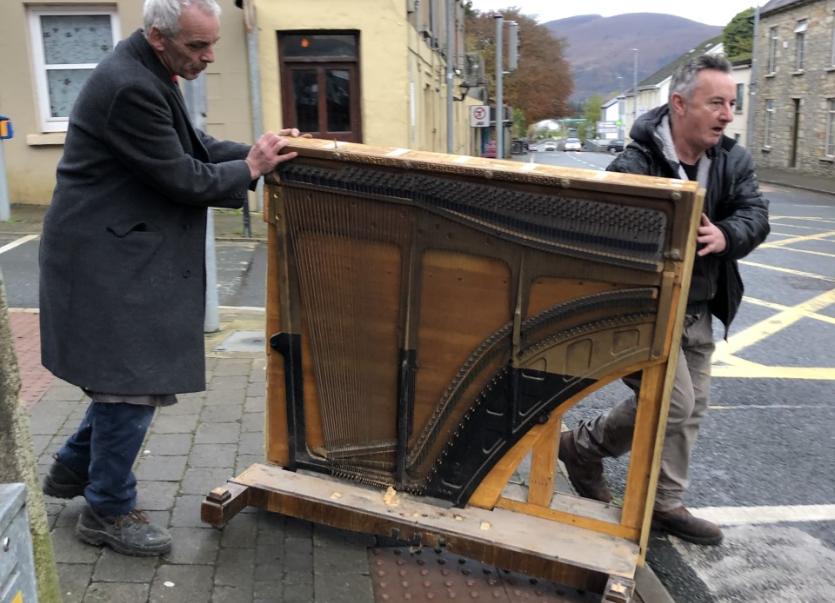 There’s music everywhere. If there wasn’t, life would be intolerable. The birds sing opera and the bees hum along. The Glens Centre presents, in collaboration with Leitrim Sculpture Centre, a unique live art performance event as part of the Creative Counties project, funded by Creative Ireland.

Tin Tabernacle Tunes celebrates the immediacy of music; the way that random noises incline towards melody.
Little John Nee has designed five sound stations/installations, with five stories, five songs and endless possibilities.
He will perform throughout the two days, November 15 (5-8pm) and November 16 (11-4pm), with guest appearances from members of the Leitrim Men’s Group and plenty of room for audience participation.
The “Tin Tabernacle” itself is a temple of rust containing “pentatonic” instruments that allow strangers who’ve never ever played an instrument come together and make sweet tunes.

Little John Nee is a playwright, performer and musician based in the west of Ireland. He is a recipient of an Irish Times Theatre Award for Sound Design, a Helen Hayes Nominee (Washington DC), a Prix Italia Special Mention Award and in 2016 was elected to Aosdána (honours artists whose work has made an outstanding contribution to the creative arts in Ireland)
Free entry for more info call The Glens on (071) 9855833.