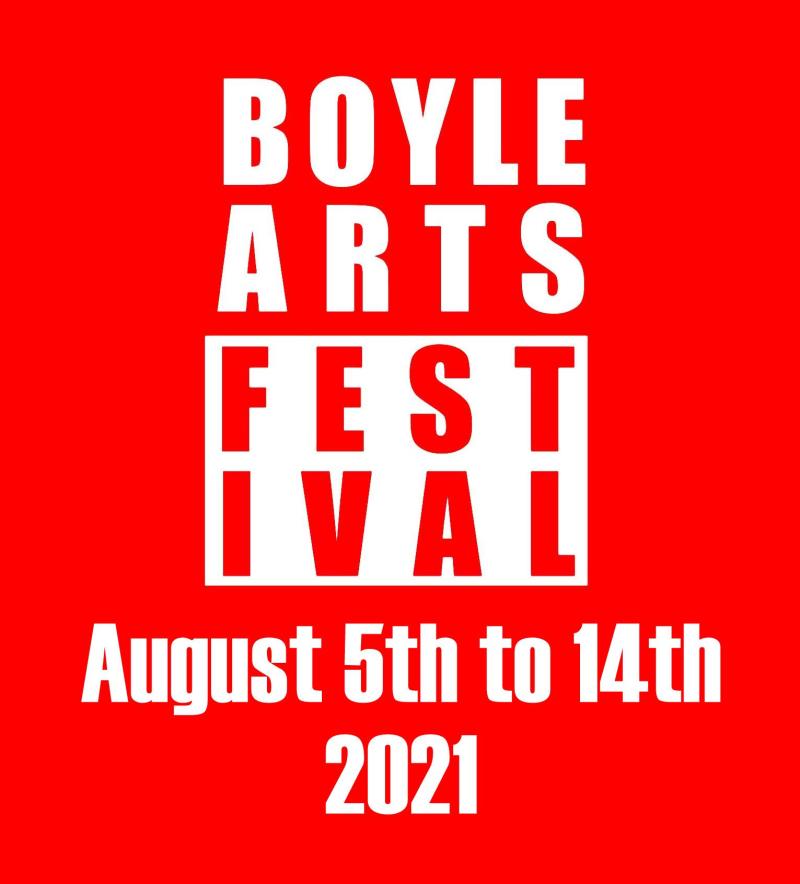 Boyle Arts Festival will be shorter than usual but will feature over 20 events from August 5-8 with a special day of events on August 14.
The visual art exhibition will continue in King House until August 31 .

Some of the big names in the live music genre this year are the dynamic folk orchestra No Crows & Martin Tourish. This band features Steve Wickham, Anna Houston, Felip Carbonell, Oleg Ponomarev, Ray Coen and Eddie Lee and you can see them in concert with special guest Martin Tourish on August 5.
Paddy Casey will make a welcome return to Boyle after a five year absence, when he performs some of his most recent songs and a few old favourites, during a concert on August 6.
Bird on a Wire – the Songs of Leonard Cohen will see singer Pauline Scanlon teaming up with The Whileaways, for an enchanting and atmospheric performance on August 7.
The classical music programme will include ‘John Count McCormack – A Life in Song and Story’ on
August 8.

Matthew Gilsenan from the internationally renowned Celtic Tenors will perform the celebrated songs of the great Irish lyric tenor John Count McCormack, along with a narrative of his life, accompanied by pianist Mairead Hurley.
Also, watch out for our acclaimed series of lunchtime concerts in King House from August 9-11, featuring pianist Luke Lally Maguire, soprano Eimear Harper and flautist Molly de Búrca.
The inaugural King House Piano Commission will see a specially commissioned piece entitled ‘Sraith na Búille’ premiered on video during BAF 2021.
Performing with Dr Molloy are Mossie Martin (fiddle), Alan Kelly (accordian) and Steph Geremia (flute). Local musician, Donal O’Connor has also been commissioned by Boyle Arts Festival to compose two exclusive new songs about Boyle. ‘The River of Memories’ and ‘The Queen of Main Street’ will also be premiered on video during BAF 2021.
RTÉ's Carole Coleman will once again host the very popular ‘In Conversation’ series and this year her special guest will be Professor of Experimental Immunology Kingston Mills.
Other events at King House will include writer Kevin Barry, artist Laura Earley, while Tony Conboy will conduct a virtual tour of local interest buildings in Boyle from the Main Salon on August 6.

There will be plenty of drama at BAF 2021 Fregoli Theatre, will present ‘Angels’ on August 5 .

Beezneez Theatre Company will also present two performances of John McDwyer’s funny and
heartbreaking ‘An Ordinary Man’ in King House on August 5.
There are still a number of other events to be confirmed, including a special outdoor performance and projections event, produced by Roscommon County Council in collaboration with BAF.

Tickets for all events will soon be available at www.boylearts.com along with any updates to events.