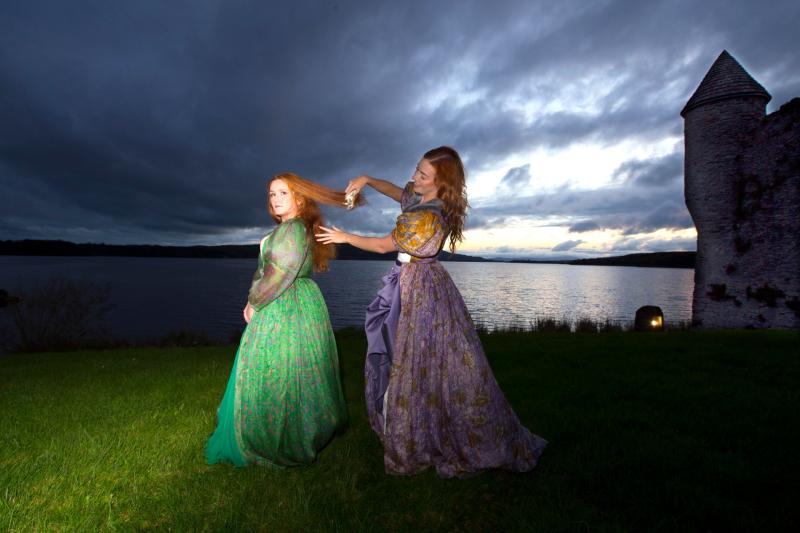 Alongside her siblings, Anne Parkes weaves tales of magic and myth in the courtyard of her home Parkes Castle for the very last time. For tomorrow she is to leave, never to return.

The Last Night is a film about growing up, family and the stories we carry with us.

Performed by Lisa Murphy, Laura Marie O'Connor and Stephen Burke.
The film was written by Treasa Nealon, directed by Sonia Norris and filmed and edited by Jonas Dellow.
It features music from Deirdre Armstrong of Kíla. and is produced by the award-winning The Rabbits Riot Theatre Company.

Funded by the Leitrim County Council and the Department of Tourism, Culture, Arts, Gaeltacht, Sport and Media.
With thanks to the OPW - Office of Public Works, Parke's Castle OPW and The Glens Centre.
The film was shot on location at Parkes Castle, Hazlewood Forest and at Glenade Lake.

This site-specific performance is inspired by the Parkes siblings who lived in Parkes Castle in the 1600’s.
The premiere of the film will be in The Glens Centre, Manorhamilton on January 22 at 7pm.
Book tickets at www.theglenscentre.com or www.therabbitsriottheatrecompany.com