Fantastic lineup of Local Live events in Leitrim this weekend 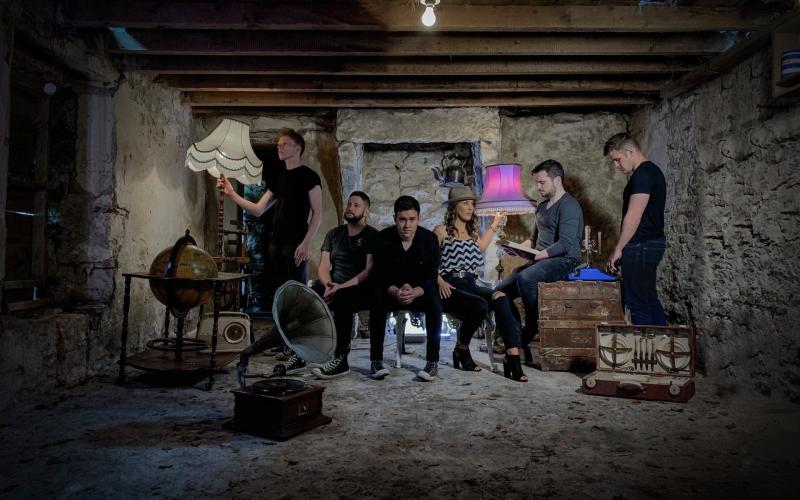 Leitrim's Local Live Performance Programming Scheme (LLPPS) is gearing up for an exciting weekend!
There’s something for everyone in this programme, so if it’s been too long since you last took in a live music or stage show, now’s your chance - have a look at our guide to all the great shows taking place around the county and make a date!

Sat 4th June - Hunters Moon presents Junesey Moonsey St. George’s Church, Carrick-on-Shannon (2.30 - 7pm) & Duignan’s, Drumsna (9pm)
Junesy Moonsey is a one-day festival of experimentation in sound & music, featuring new works and collaborations by local artists made possible by the support of the LLPPS. Curated by local artists/musicians/sonic explorers Willie Stewart and Natalia Beylis - who have been behind many memorably left-of-centre musical events in the county over the last decade - this promises to be well worthwhile for the adventurous listener.

LLPPS supports the festival to commission local actor/playwright Donal O’Kelly, singer Fionnuala Maxwell and musician Mohammad Syfkhan to develop new work and new collaborations to be presented for the first time at this one day festival.
These include Donal O'Kelly and fiddle player, singer & yodeller Claudia Schwab, Leitrim traditional singer & composer Fionnuala Maxwell with guitarist Brian Ryan and Albanian-born cellist, Enrien Lamcellari as they breathe new life into a selection of Leitrim songs, rhymes and music in their first live appearance together; and Syrian native and Carrick-on-Shannon resident Mohammad Syfkhan’s new trio (featuring Eimear Reidy on cello and Cathal Roche on saxophone) will perform his songs which blend various traditions to provide his own unique take on Kurdish-Syrian folk music. Performances by other local artists include brass explorations & improvisations from Cathal Roche & Colm O’Hara and Tara Boath Mooney with her band.
The festival also includes Norwegian sound artist and one-man-band Gaute Granli, Berlin-based noise-maker Horacio Pollard, and a DJ set from Scottnoskills.
Tickets/more info from www.eventbrite.ie (search ‘Junesey Moonsey’)

Sat 4th June - The Hunchback of Notre Dame (Silent film with live score by GreenBird)The Island Theatre, Ballinamore, 8pm
Alt folk trio GreenBird (featuring the soulful voice of singer Mandi Frankham, the fiddle and viola of Cliodhna Quinlan and Mark Murphy on piano) will perform their own original music score, composed specially for the iconic 1923 silent film.
They last performed this to great acclaim and a standing ovation at the Blackrock Film Festival in 2019.
Tickets/more info from www.islandtheatre.ie

Sun 5th June - The Vibes at Carrick Carnival
The Quays, Carrick-on-Shannon, 10.30pm
As part of the Carrick Carnival, Drumshanbo’s indie/folk favourites The Vibes will be taking the stage live at the quays for a free open-air concert. Sit back, relax and enjoy some great music before the big fireworks display live on the water!