Druid Theatre are back with a feelgood show 'The Cavalcaders' 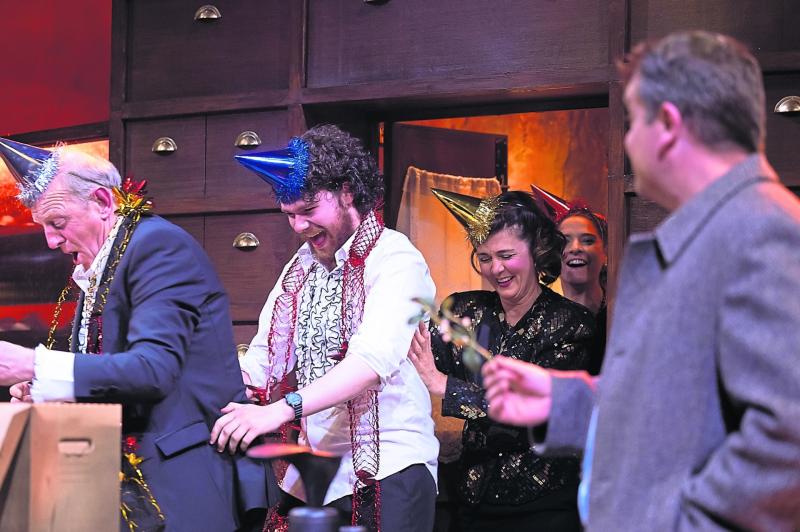 Druid Theatre will perform The Cavalcaders in The Backstage Theatre, Longford on June 10

Druid Theatre have the perfect feelgood show in store for audiences this week with their latest production of The Cavalcaders, directed by Aaron Monaghan.

Their sell out run in Galway had audiences and critics alike raving about the show which touches down in Backstage Theatre this Friday, June 10.
Terry and his friends Josie, Rory and Ted spend their days as cobblers and their nights as The Cavalcaders, a barbershop quartet of local renown. But life has taken its toll on Terry and past betrayals cast long shadows.

Dramatic jump in hospital treatment for cocaine use among young people

Billy Roche’s classic memory play takes you on a journey back in time to the 1990s, to heartache, companionship and the redemptive power of song.
The Cavalcaders is a comic and tender portrait of life in small-town, pre-Celtic Tiger Ireland and those who lived there.
Druid Ensemble-member Aaron Monaghan directs an all-singing cast led by fellow Ensemble-member Garrett Lombard, which also includes Amelia Crowley, Naoise Dunbar, Sean Kearns, Éilish McLaughlin and Tiernan Messitt-Greene.

Druid Theatre’s production of The Cavalcaders will perform at The Backstage Theatre, Longford on Friday, June 10. Tickets €25/€22 available on (043) 3347888 or www.backstage.ie