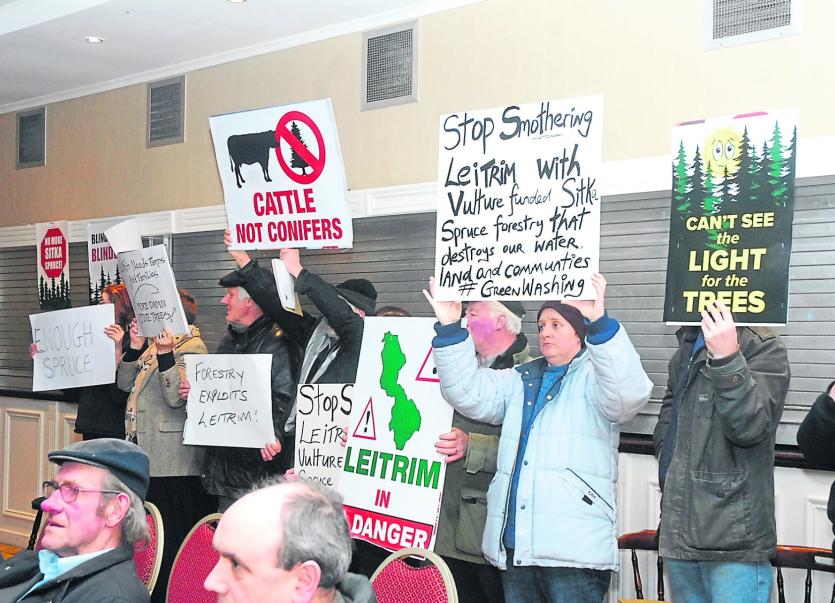 Objectors staged a peaceful protest at the CAP consultation meeting in the Bush Hotel last Wednesday night. They wanted to highlight their concerns to the Minister for Agriculture, Michael Creed. 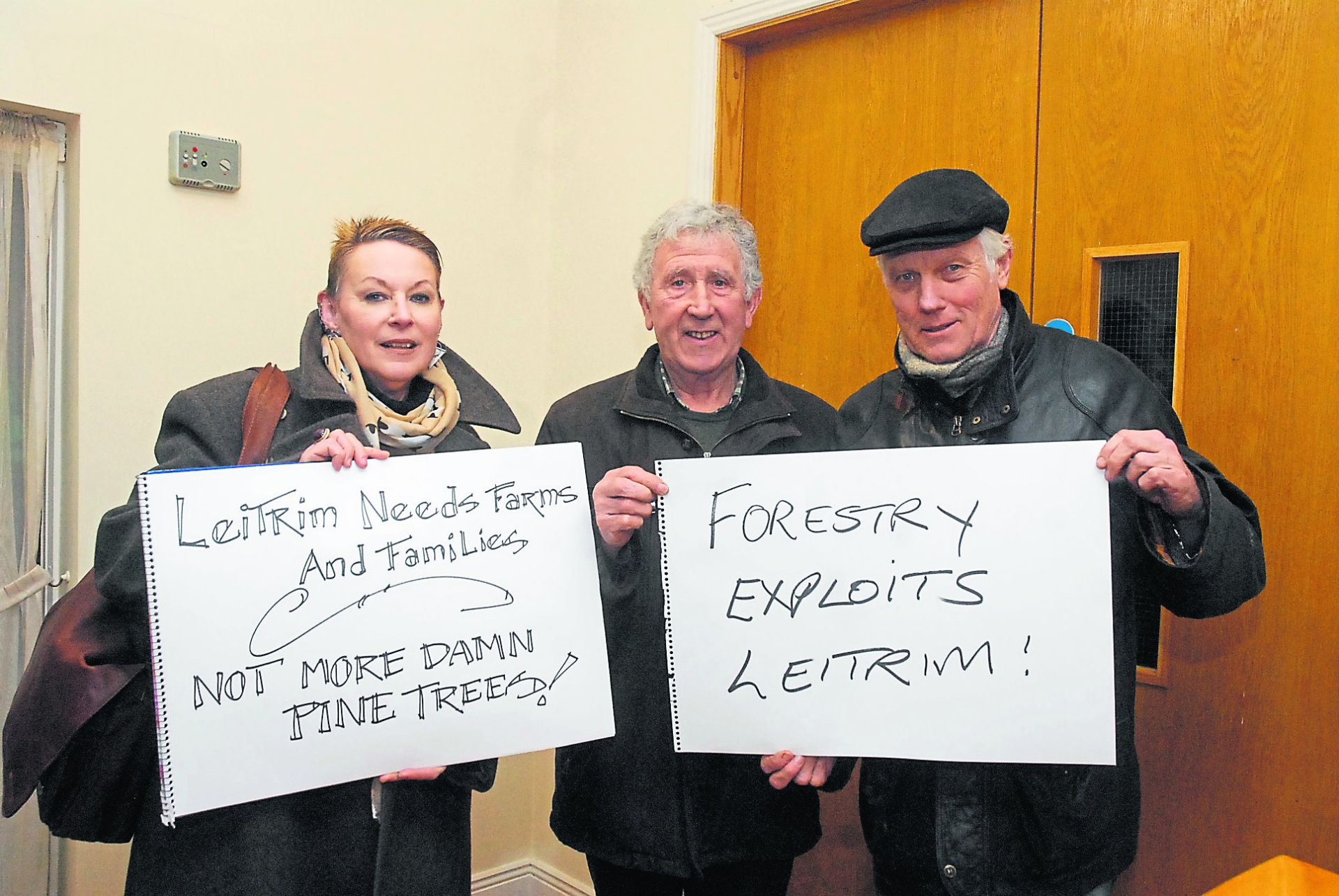 The Minister was attending a CAP consultation meeting in The Bush Hotel last week.

Save Leitrim was founded by a group of like minded people from across this county at a meeting in Drumshanbo in January this year to “fight for the survival of our rural communities which are being decimated by the relentless subsidised afforestation programme.” 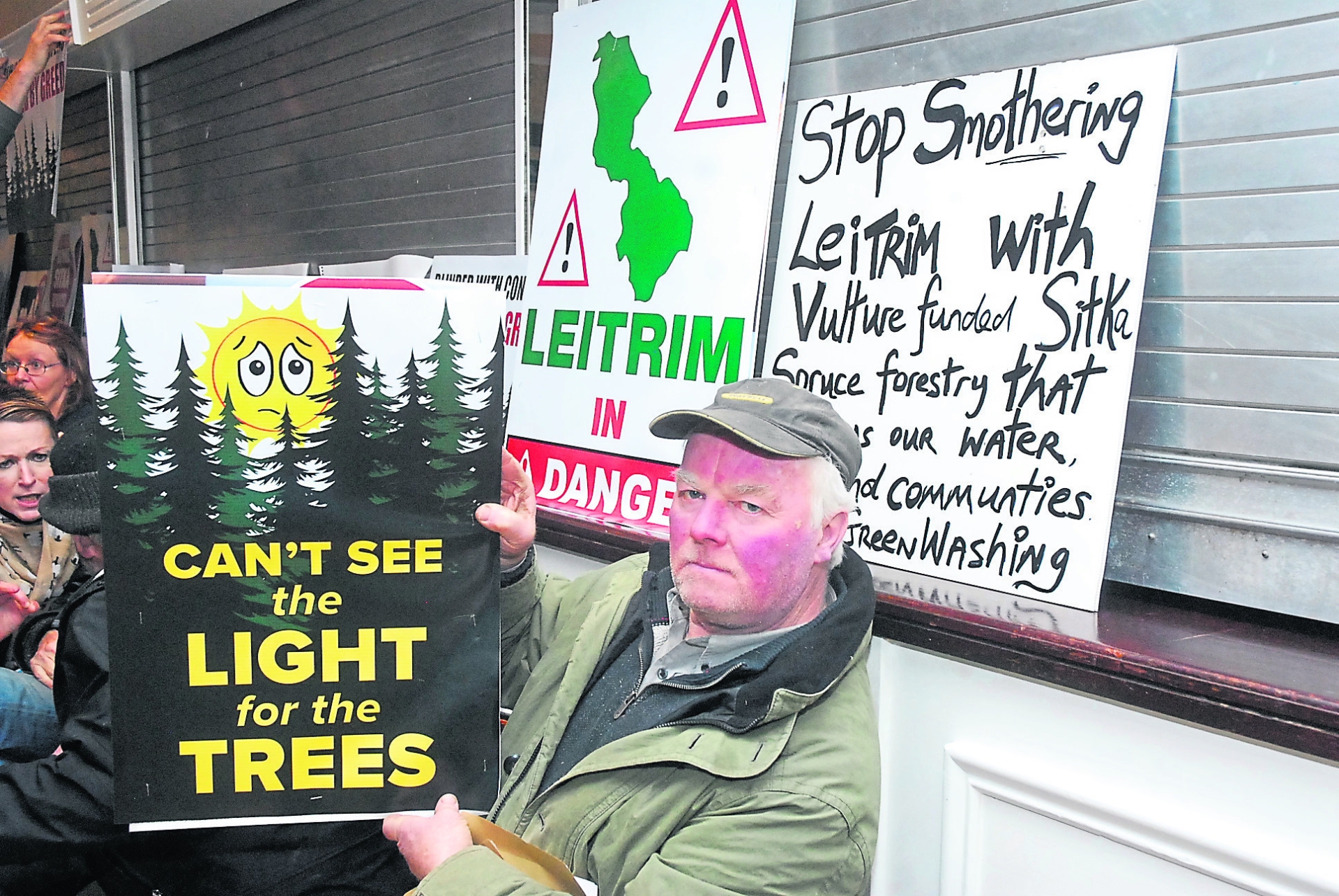 The Save Leitrim action group has described Leitrim as a 'national sacrifice zone' for Sitka Spruce.

“When we think of forestry we think of beautiful healthy broadleaf woodlands that highly benefit our communities, our eco-system and bio-diversity. But these non-native Sitka Spruce conifer plantations are far from this image of what should be called a forest.” 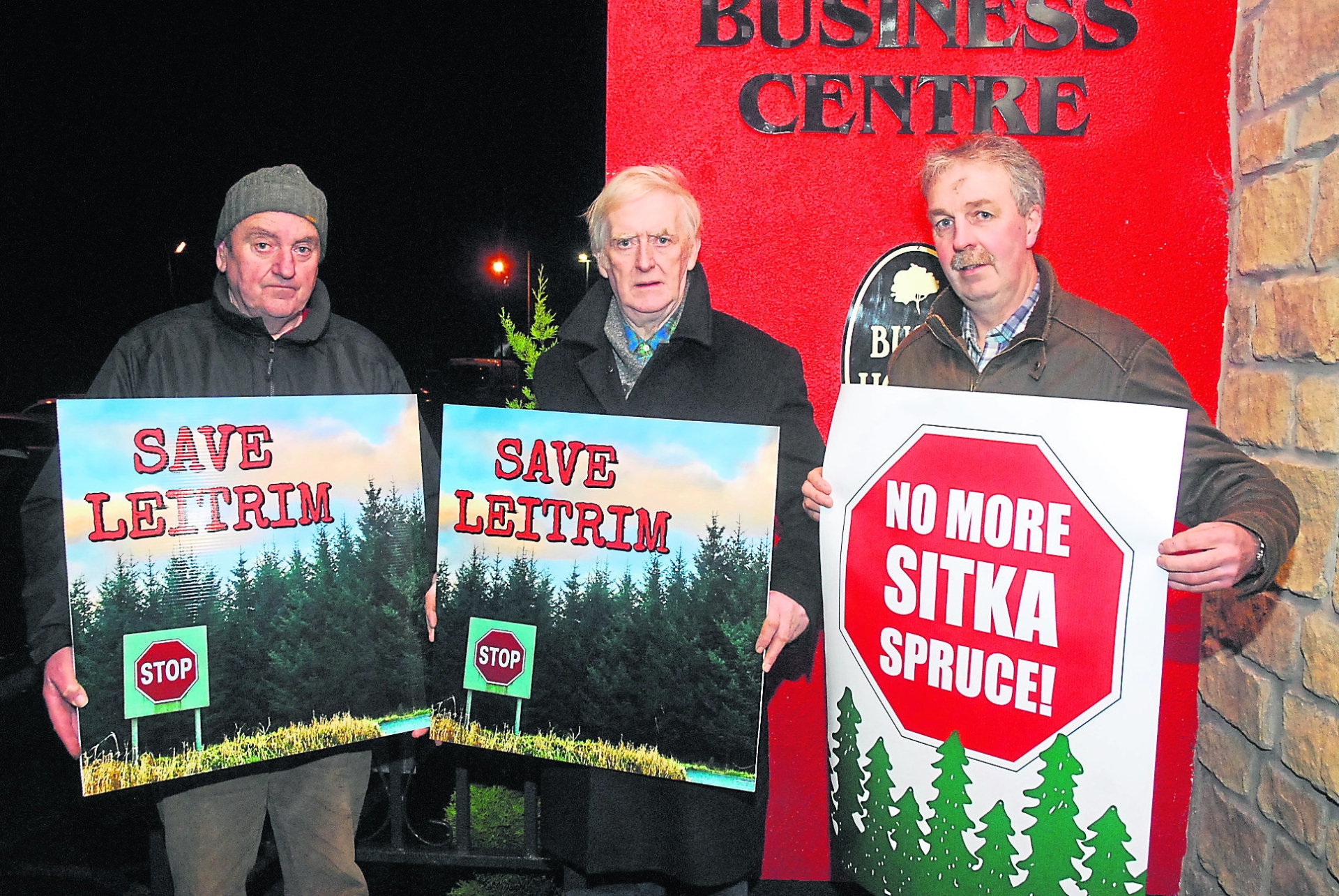 The Save Leitrim group has recently set up a facebookpage at facebook.com/saveleitrim and also have a twitter account @Save Leitrim.