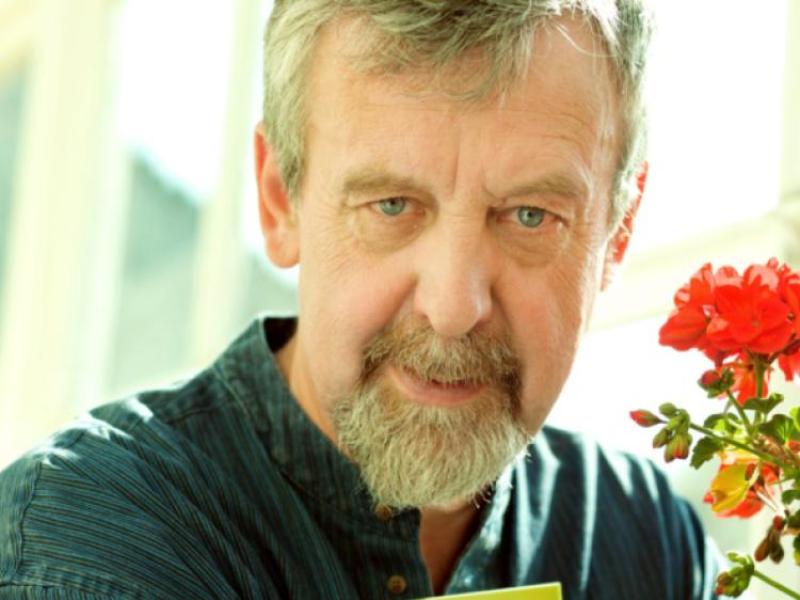 The exhibition runs from March 31 - April 8 with a permanent exhibit remaining on show thereafter.

Mary McNutt started painting at age 60 and exhibits a natural talent for capturing the colours and textures we see around us, painting subjects such as wild flowers, local wild life and landscapes.

“My main inspiration is nature,” says McNutt. “I just love living things and find great pleasure in studying the detail of my subjects and reproducing their colour, texture and depth in my paintings.”

Michael Harding is delighted to be involved with a local art project. “Supporting the arts in all its forms is important. More important still is being able to support local art. Mary’s paintings depict the area where I live and its wild and wonderful nature in surprising and colourful detail.”

The Miners Bar, Arigna, are proud to host this exhibition placing art at the heart of the community.

Mary McNutt comes from a business family in Donegal. She ran her own successful weaving export business in Wexford in the 1980s. Her management skills led her to become an Enterprise Advisor and to work in Local Economic Development in Wexford and then Dublin.

In 2005 she moved to Drumshanbo in Co. Leitrim where she has developed small enterprises at Mill Lane Beekeeping. At 60, fulfilling a life-long desire, she finally got oil paints, brushes and easel. Her works feature in private collections. She has completed several commissions.

Michael Harding is a playwright and novelist living in Co. Leitrim, near the village of Arigna. He is also a columnist for The Irish Times.

He has received several awards including shortlisted for The Irish Times Aer Lingus Literature Award (1989); Steward Parker Theatre Award (1990); Bank of Ireland RTÉ Award for Excellence in the Arts (1990); Hennessy Literature Awards for Short Stories (1980) and; Non-Fiction Book of the Year (2013) Irish Book Awards - ‘Staring at Lakes’. He also received awards and nominations for acting in Ireland and the UK.