Two Maynooth University media students have created a mental health awareness video which has been aired on the ABC’s flagship Good Morning America television show in the USA.

Third year BA Media Studies students, Alice Kiernan (20) from Co. Meath and Megan Daly (20) from Arigna, Co. Roscommon, made the short film, ‘Dear Future Me’, with the aim to get young people to write down and list the good things about themselves.

The four-minute video has been watched across social media channels and clips from it were featured on the popular morning US television show while singer songwriter superstar Michael Bublé was being interviewed about his new album and his future self.

The students recorded ‘Dear Future Me’ as part of a wider campaign they created called, ‘The One Year Project’. As part of the campaign they aim to meet, and document in video, several key goals they want to achieve in 2016, including the promotion of mental health.

Alice explained how they teamed up with ReachOut.com, an online youth mental health service, and called on friends and fellow students to appear in the short film.

“It took us a week to create Dear Future Me, including filming and editing, and it went online on Wednesday,” said Alice.

“The producer of Good Morning America contacted us and asked if she could use the video on the show and for some information about us both. An article about it appeared on the ABC news website and then they showed some clips from the video on Good Morning America. My hands went numb when I saw Michael Bublé on television looking at our video and photos. His album is about talking to his future self so it was amazing timing.”

“Our course has helped us so much in reaching our goals and fulfilling this part of the project, especially in the recording and editing of the video, and in promoting our work,” she added. 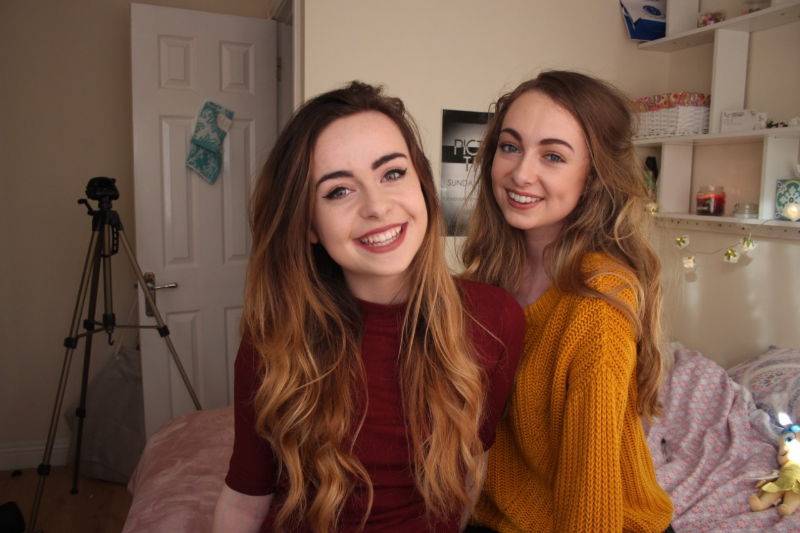