Video: "We're not going back there" says Taoiseach on issues of border and violence

Addressing local politicans, community representatives and members of the public this afternoon in Kiltyclogher, Taoiseach Enda Kenny insisted, "We're not going back there" when speaking about the issue of a hard border and sectarian violence.

An Taoiseach visited the homestead of 1916 leader Sean MacDiarmada and the Heritage Centre before speaking to the assembled audience for approximately 25 minutes.

Speaking about last June's Brexit vote An Taoiseach said, "I don't like, I don't want it but we have to deal with it."

Adding that he will be speaking to British Prime Minister Theresa May on Sunday he insisted, "We want a seamless border maintained."

In what is anticipated to have been his last official visit to Co Leitrim as leader of Fine Gael he also spoke about challenges facing rural Ireland. Pointing to the success of the Mayo Greenway he said for such a project to come to fruition to link Sligo, Leitrim and Fermanagh it is crucial for communities to work together to overcome obstacles.

See next week's Leitrim Observer for more from the Taoiseach's visit to Kiltyclogher. 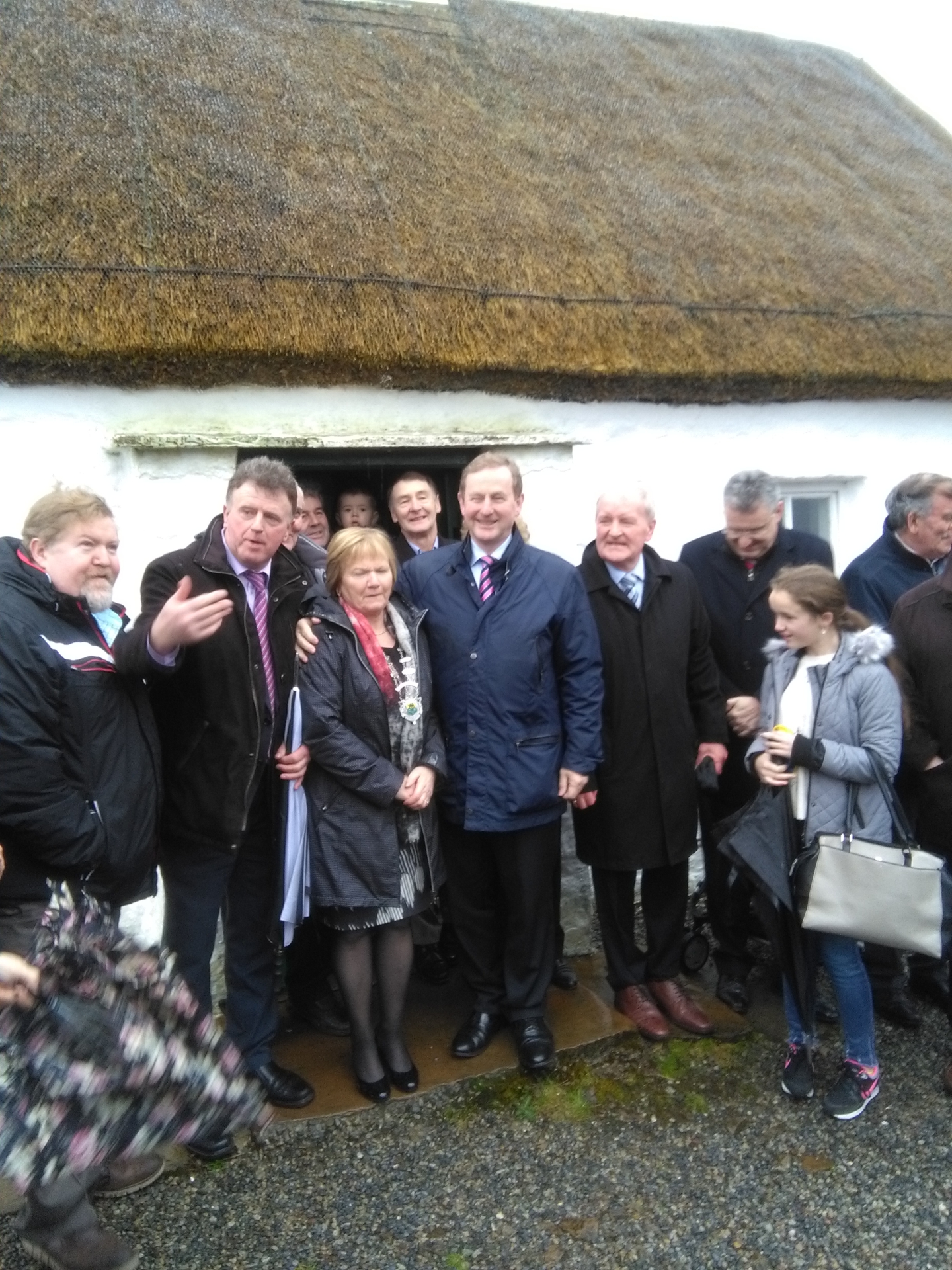