A team from Irish-owned and Sligo based global pitch specialists SIS Pitches is on hand at Luzhniki Stadium as the World Cup finals kick-off in Russia today on a SIS Pitches surface.

Throughout the tournament, a team of 12 people from SIS Pitches will maintain the surface of the Luzhniki Stadium – where the opening ceremony and opening game (Russia v Saudi Arabia) is taking place today and where the World Cup Final will take place.

Over the four weeks of the tournament, the main pitch at Luzhniki Stadium will host the equivalent of nearly the full season of matches that would be played on a Premiership pitch! 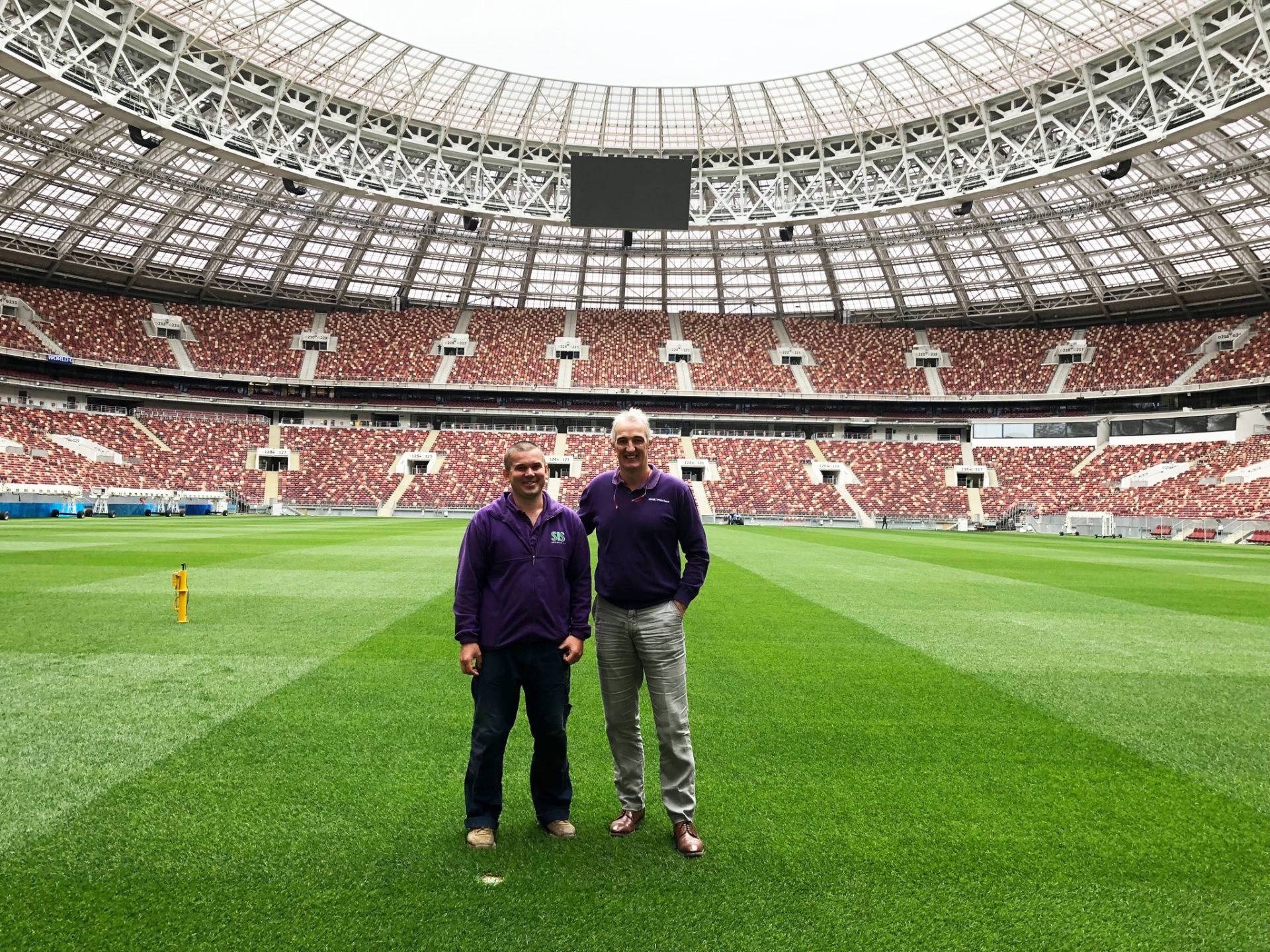 The company will also maintain the three training pitches at the stadium which will be used by all the national teams who are playing at the venue.

"Maintaining a pitch under these circumstances can be challenging as the opening ceremony, which will include Robbie Williams and other performers, is taking place on the pitch just half an hour before the first game kicks off. Some 80,000 football fans will be in the stadium and many millions will be watching around the world. However, our team will be pitch-side to make sure that the surface is maintained to the highest standards."

“We will have 12 people at the pitch throughout the tournament, making sure that the surface is perfect before every game. They will then repair the pitch if any damage has been caused during the game. I will be there personally at some of the games – but I won’t be watching the football; I will be concentrating on the surface!” 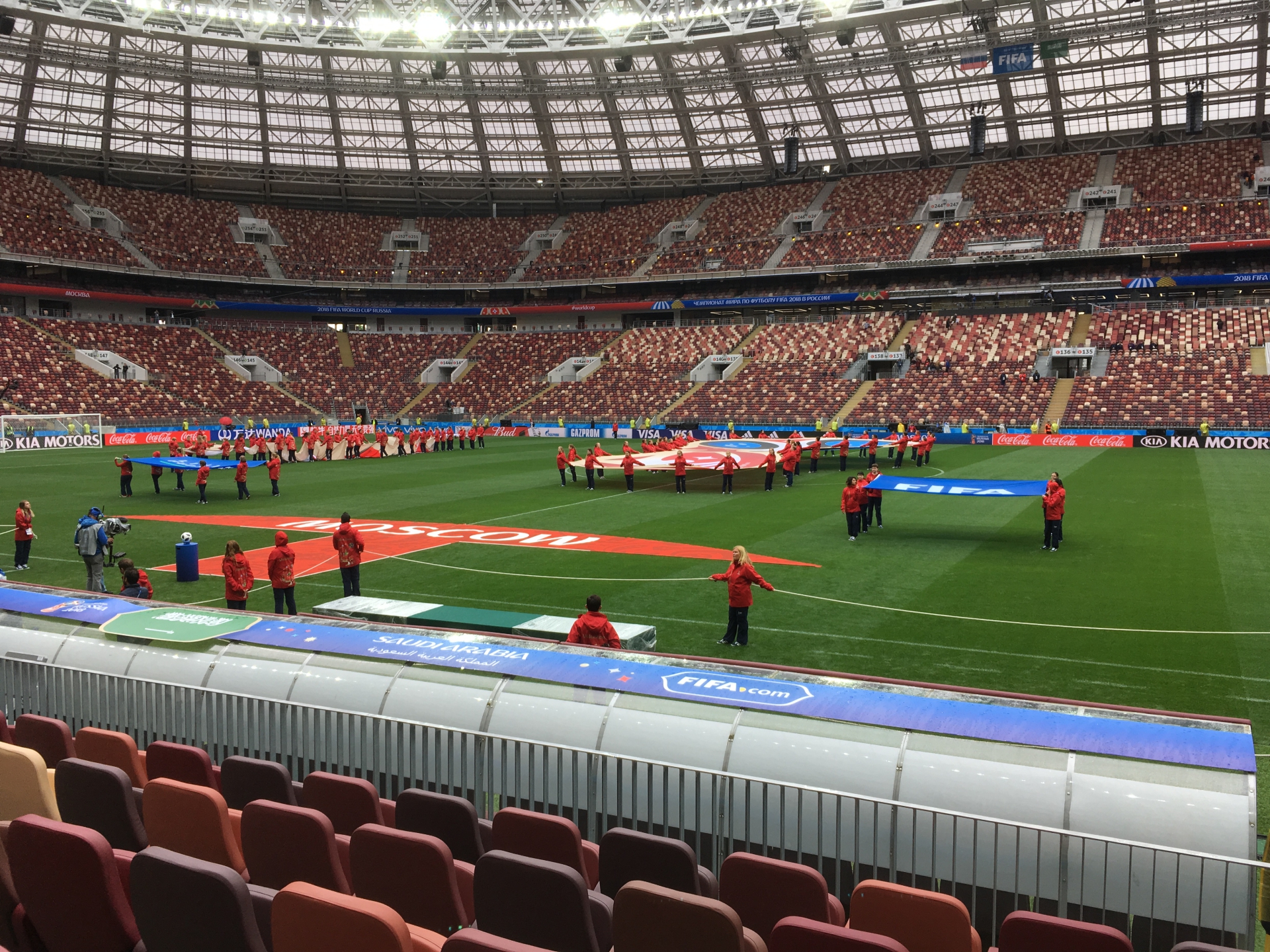 The use of the company’s sophisticated reinforced natural turf system, called SISGrass as well as its revolutionary aeration technology, SISAir, will make the Luzhniki Stadium the most technologically advanced pitch in World Cup history. The use of SISAir will also mean that the pitch can be drained off in a matter of seconds.

SIS Pitches was selected to design, construct and install six of the 12 stadium pitches for Russia 2018 and this is the first time that a World Cup Final has ever been played on anything but all-natural grass.

SIS Pitches will be maintaining Luzhniki Stadium throughout the World Cup but the other five pitches - Otkritie Arena, Rostov Arena, Kaliningrad Stadium, Samara Arena and Saransk Arena – have already been formally handed over to stadium management, who will handle all of their maintenance. Each pitch was independently tested to meet international quality standards before SIS Pitches formally handed them over.

SIS Pitches is a world leader in synthetic and natural sports surfacing and is one of the world’s largest sports pitch companies.

The global pitch specialists lay grass and synthetic pitches and sports surfaces at world-class stadiums around the globe. SIS Pitches was set up in 2001 by Mr. Mullan, who directs the company from Sligo. 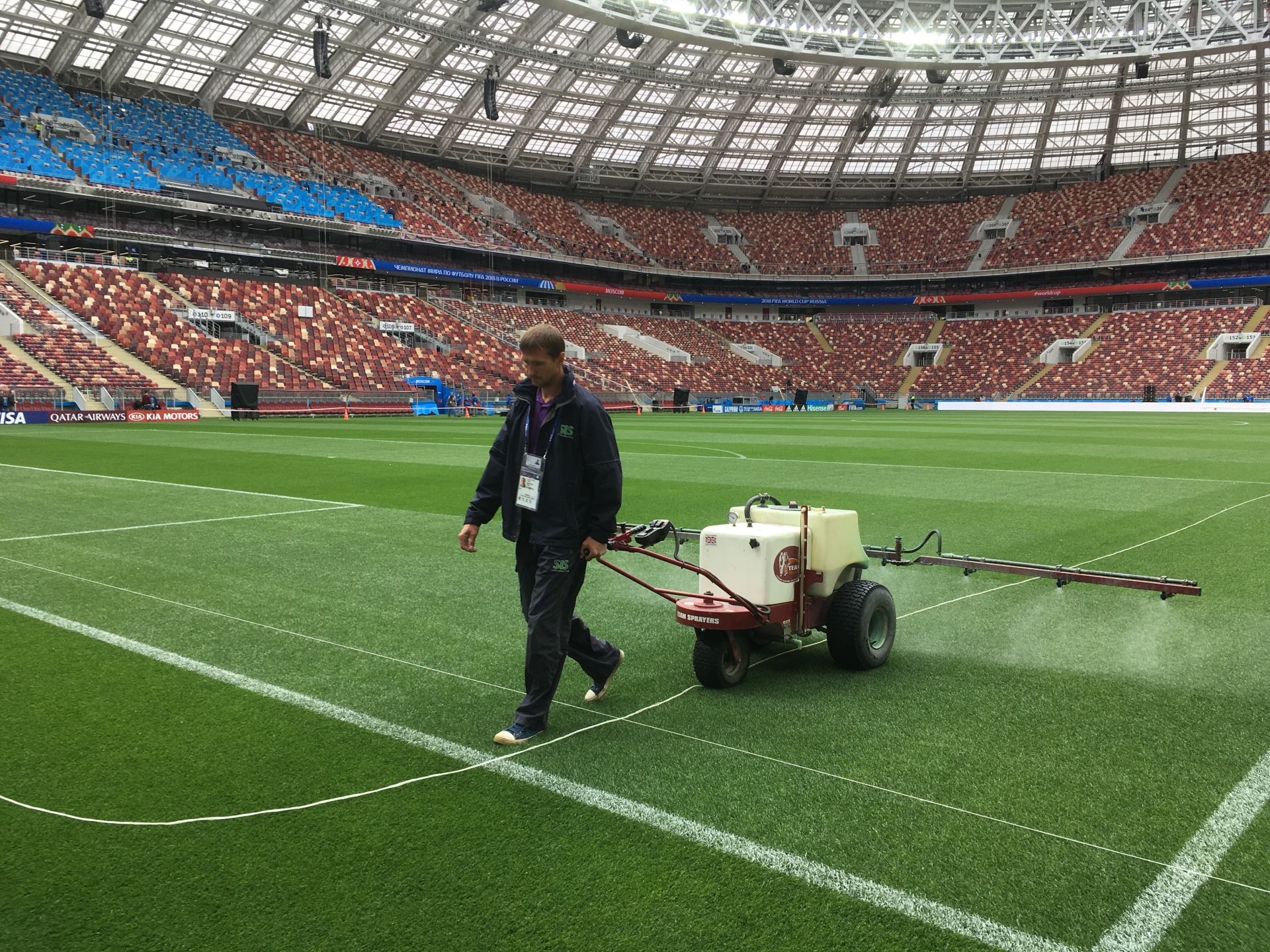 Outside of the World Cup, the company continues to deliver exceptional sports surfaces for schools, colleges, universities, sports clubs and local authorities in Ireland and around the world.

•SISGrass pitches are made up of 95pc natural grass and 5pc yarn
•SISGrass machines, with patented injection technology and laser guidance for accuracy, installed uniquely engineered synthetic yarn into the natural grass at 2cmx2cm spacings and 20cm depth (of which 2cm Is above the ground)
•10 tonnes of yarn was used to stitch into every pitch
•Enough yarn is used in each pitch to circle the globe. SIS Pitches uses about 48,000km of yarn in each pitch; 40,000km would circle the globe.
•Around 5,000 tonnes of sand is used in each pitch and 3,500 tonnes of gravel
•SISGrass has been installed at all pitches with SISAir at Luzhniki, Otkritie and Rostov.
•SISAir can drain the pitch in seconds
•Pitches with SISAir and under soil heating have 40km of piping in total under each pitch
•30 of the 32 teams will play on SISGrass during the first-round games
•Serbia and Demark will play all three opening games on a SISGrass surface.
•Sweden and Egypt are the only two teams who will progress to the knockout stages without playing on SIS Pitches hybrid technology.
•The World Cup Final will be played before a crowd of 80,000 and a worldwide television audience of one billion.