Watch: Ant and Dec's DNA trip to Leitrim will hit TV this weekend

ITV has finally revealed that an “emotional” documentary about Ant and Dec's ancestry will air on TV this weekend.

The pair were in Leitrim for a few days in May 2017 stopping in Drumkeerin, Carrick-on-Shannon and Drumshanbo.

In Drumkeerin they visited the local church and looked at parish records, it is understood that Ant McPartlin was tracing his roots back to Leitrim and he met with a number of McPartlans on his Leitrim tour. 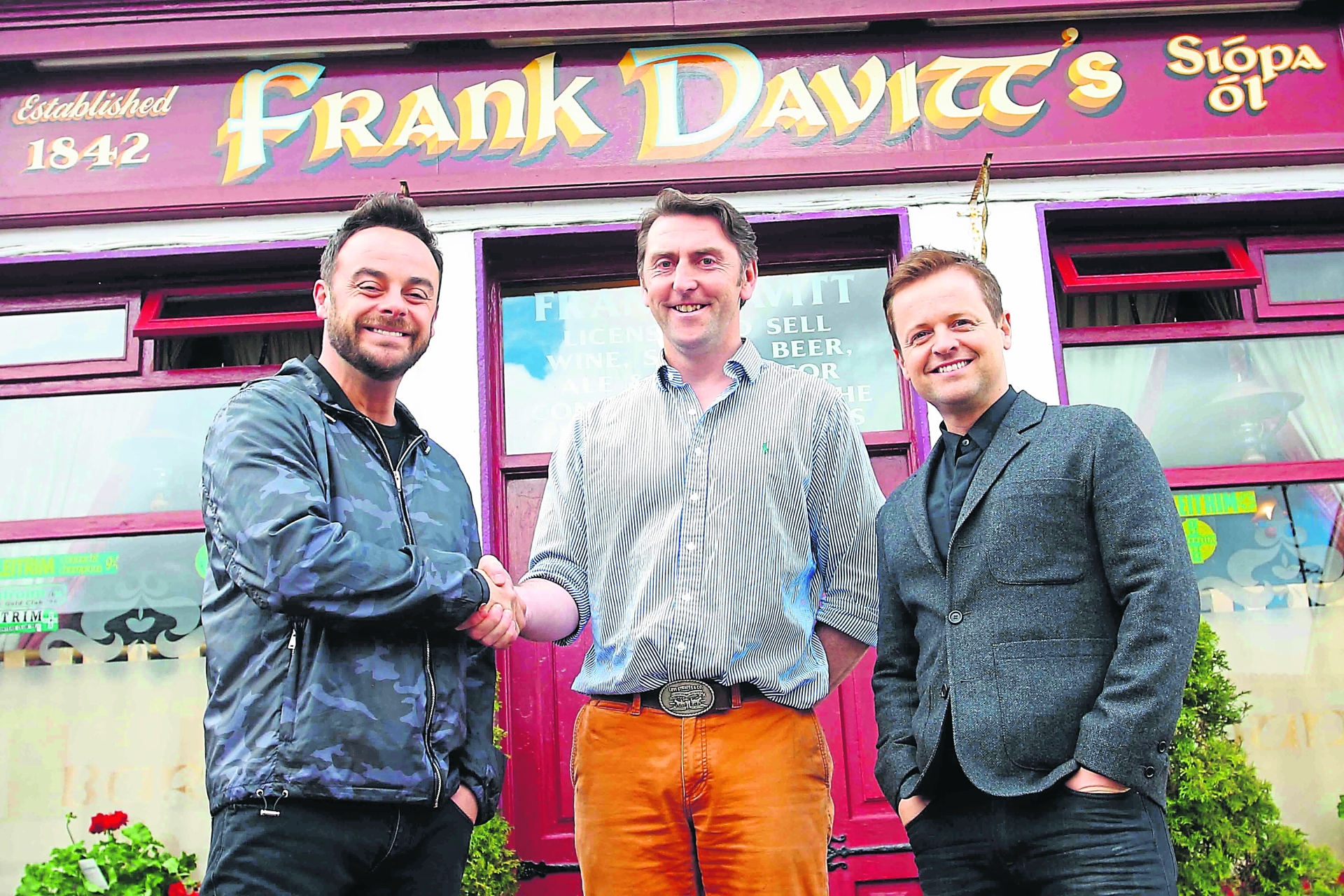 The popular UK television presenters cause a storm when they hit up Leitrim, Derry, Maynooth and Cookstown as part of the filming for this documentary over two years ago.
Ant and Dec's DNA Journey will follow the duo as they trace their ancestry.

ITV shelved the programme following McPartlin's arrest for drink-driving and recovery, but have now revealed it will hit screens this month.
The two-part documentary will follow Ant and Dec as they travel to the US, including the headquarters of The United Nations, and will also see them meet relatives that they did not know they had.
Ant said last week: “I’m a bit of a geek when it comes to historical events, so to get the chance to research our family history using our DNA was too good an opportunity to pass up.”

“What we find out is mind-blowing and nothing either of us could ever have imagined. It’s something that will stay with us both forever.”