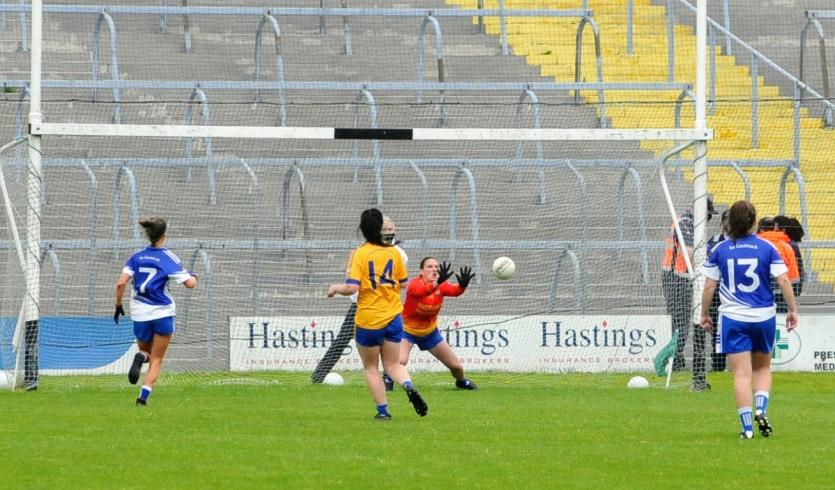 She mightn't be a native but there was no doubting the delight of keeper Cammie McPartland on Saturday after Glencar/Manorhamilton's historic Connacht Ladies Intermediate Final victory, the former Sligo star moved to say "This is just what dreams are made of" following the 3-15 to 1-12 victory over Geevagh in Markievicz Park.

McPartland made a series of vital saves for the Leitrim champions in a tight encounter and in an interview with the Leitrim Observer, Cammie was the first to admit that the game was much tighter than the scoreline might suggest: "Definitely, you know I have a lot of experience playing Geevagh and you would never, never underestimate them and you never say never until the last whistle blows.

"They just keep coming at you, they are a fabulous team that have got great players there that never give up. They are as hungry as the rest of us and it is just great to get across the line there today, absolutely delighted."

The goalkeeper also stressed that it was a whole team effort that led Glencar/Manorhamilton to the title: "Years ago, it was always we depended on our forwards and what not but that’s not the case any more, we always have a Plan B and we have an absolutely fabulously balanced team from the forwards down to the backs.

"We fight for each other - you know, they’ll save my bacon and vice-versa and the forwards will come back to help us too so it is a team, it is a big effort from everybody and that’s what it should be, it is a team effort."

GALLERY: All the pictures from Glencar/Manorhamilton's historic day in Markievicz Park

With a very young team who have just won their first ever Leitrim Senior title, winning a Connacht crown will mean a lot to Ladies football in Glencar/manorhamilton: "Oh God, well as I’ve said, I’m a bit of a blow-in, I’m actually a Sligo native but all I can say is that these girls have been dreaming about this for a very long time.

"To win the county final for the first time last year and then to get so close to this and not to be able to play it, to finally be able to play it now and get over the line, this is just what dreams are made of. It’s fantastic."

Asked if there will be celebrations tonight, Cammie laughed "Well, there sure will hopefully!"