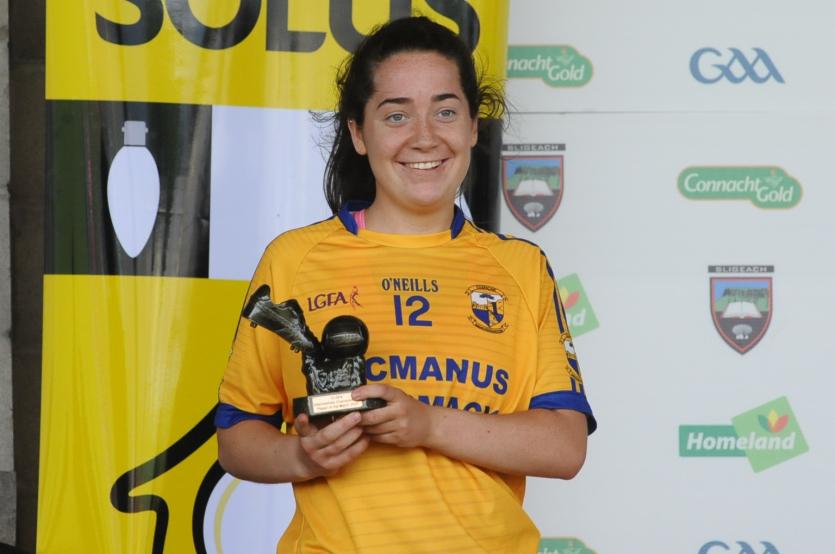 Nothing breeds success like success and it seems that it is a message Glencar/Manorhamilton will take to heart if the words of Connacht LGFA Intermediate Club Final Player of the Match Leah Fox are anything to go by!

You can listen to Leah’s interview with the Observer in full but the Glencar/Manor and Leitrim forward reveals that her team are determined to push on in the future. It is a message that manager Padhraic Corrigan was already delivering in the minutes after his team’s historic victory in Markievicz Park.

When told of Padhraic’s “why stop here” remarks, the Player of the Match was in full agreement: “Yeah, definitely - as I said, getting our first Leitrim was a big thing and we don’t want to stop here.”

SEE WILLIE DONNELLAN'S GALLERY OF THE CELEBRATIONS FROM GLENCAR/MANORHAMILTON'S VICTORY

Yet young Fox possesses a wise head on young shoulders and she knows the size of the task awaiting Glencar/Manorhamilton in defending their Leitrim crown: “But we know even going back to the Leitrim championship in a few weeks, there is serious competition, any one of the six teams could win it.

“Everyone will be going out for that and we’ll be no different so please God now, hopefully we will put in another good year this year.”

Leah’s initial reactions were those of delight, not for herself but for those who have led the way in the Manorhamilton club: “I’m absolutely delighted. We’ve been trying to win Leitrim for so long now so we really wanted to put out a good performance in our first Connacht Final.

An injury sustained on Leitrim duty left a doubt over Leah’s participation in the final but talking to her, it was never in doubt: “Ah no, I always wanted to be back for this and even playing for Leitrim next week too. It is a big few weeks coming up but I was always going to be playing, there was no question.”

As for her individual award, Leah admitted she was surprised to get the nod: “Yeah, because all of our team really put in a good performance. I don’t know how much we bet them by but it is the whole 15 players and the subs that came on.

“We have serious depth of a panel, it really is unbelievable - our Junior team is so strong as well and that is what really drives the girls, to even get in the starting 15, never mind to get in the 30, it is a big drive on for everyone.”

SEE WWW.LEITRIMOBSERVER.IE AND THE LEITRIM OBSERVER NEXT WEDNESDAY FOR MORE REACTION AND ANALYSIS OF THE BIG GAME