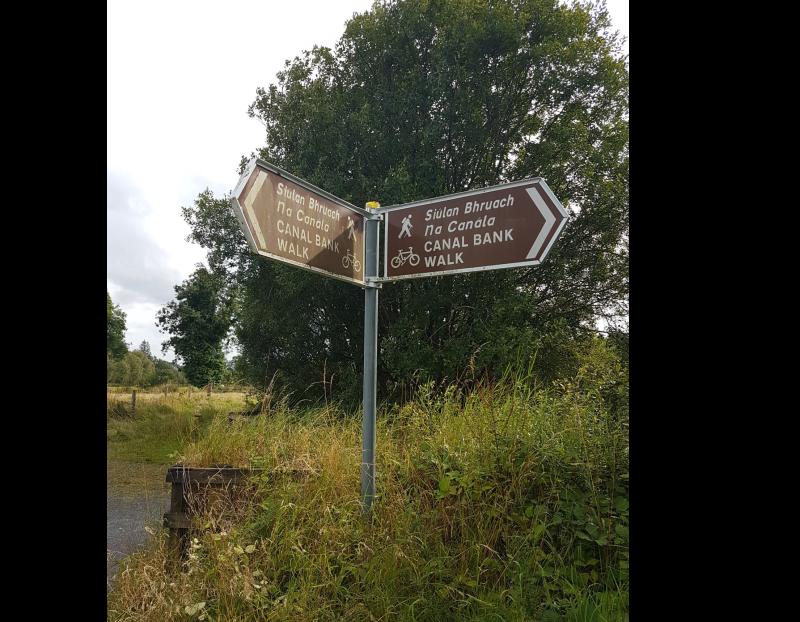 Fenagh Councillor Caillian Ellis said all access to walkways should be looking good ahead of this year's tourist season.

He proposed that the Council resurface the road leading up to Kiltymooden and the entrance to the Canal Bank Walk in Ballinamore.
He informed members that the road is in a “terrible condition with potholes.” He said it would be preferable if this walkway and others were looking well ahead of the tourist season.
Leitrim County Council said that the roadway is owned by landholders, but the Council has a “right of way” and have usually maintained it.

The road also leads to an Irish Water treatment plant.
Director of Services, Vincent Dwyer said he would speak to Irish Water about the matter and see if they can work together.
Cllr Brendan Barry supported the motion and added the road was in a bad state as there was recent works on the treatment plant, he said it would be best if Irish Water contributed to the maintenance of the road.

Leitrim County Council said they will do some restoration maintenance on the Golf Links Road this Summer.
Cllr Enda McGloin noted some subsidence and said there are some places where the road “has sunk a little.”
He noted it was popular for walkers as well as golf players.

Senior Council Engineer Darragh O’Boyle advised members that CLAR funding next year will focus on public lighting and it might be an idea for the community of the Golf Club to put forward an application, as the road is popular for walkers.
He said the Council had tried solar lights before but they did not work.
Elsewhere, the main Carrick-on-Shannon to Ballinamore road was noted to have a number of “dangerous parts of verge” and need work according to Cllr Brendan Barry.

The Council said they don't have a grant for that stretch of road but the Kiltybarden bridge on the road is due works and would be repaired this year.