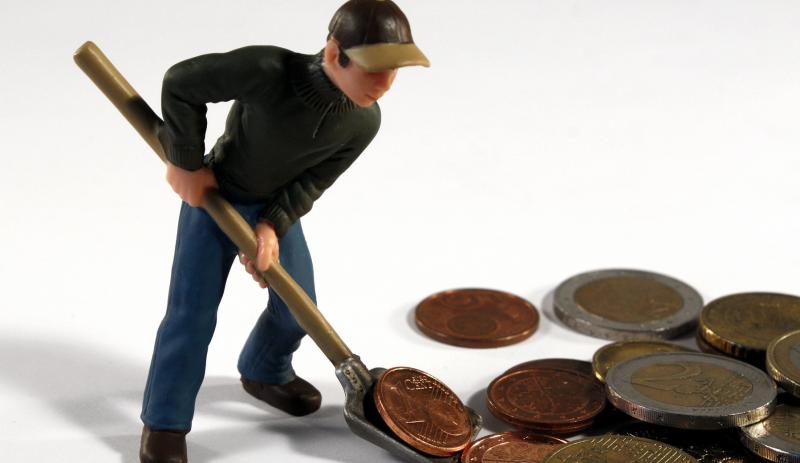 Are you working harder without living better?

I RECEIVED an email from an individual recently who reached out to me about a year ago and between one thing and another couldn’t follow through with getting a financial review carried out and that was fine, completely understand.

The good news was that he and his wife had more time now and were finally ready for me to put a plan together for them.

I sent them a new questionnaire to complete, because the one I had on file was a year old and I wanted it updated. And the questionnaire is a request for information which gives me a high-level picture of what their financial life is like.

And they returned it to me with a note saying that nothing much had changed since last year other than the very good news that their income had increased, so they thought they were in a better position than they were last year. Awesome.

I took out last years’ questionnaire to compare it against the new one, and yeah, some things had improved i.e., their mortgage had reduced, pension fund was up and yes, their income had increased and by a substantial amount at that. His by €610 and hers by €505 per month.

But there was something on this new questionnaire that wasn’t there last time, and that was two car loans.

I instinctively thought that perhaps their previous cars simply had to be changed, but I could see from my notes a year ago, they told me they had two cars with no loans, and the cars were registered in 2015 and 2017.

Anyway, the scores on the doors so to speak, was that their income had collectively increased by a net 16% each month which was excellent, but when you factor in their new car loans, the increase was really only 4%.

I thought for such a big increase i.e. €1,115 to be only left with €279 was a bit disappointing and I wonder, were they really making best use of this new money?

I didn’t think so.

When you get a raise and a significant one at that and you use the majority to finance two cars, it was just putting them in more or less the same position financially, than they were before they got their raises.

If they asked me before they purchased the cars, how much they should set aside for monthly repayments, I would have said €444 and not €836.

If they followed the spend twice your years to retirement income rise rule, they would have arrived at this €444 figure. And it would have left them a healthy €671 or 60% of their raise which could have been applied to other areas of their finances.

I won’t tell you that if they applied €292 of that surplus as an overpayment on their mortgage, they would have cleared it 7 years 1 month faster, and/or if they saved €100 into her pension fund, it would have increased its value by €95,353 at retirement.

And here’s the thing, they’d still be left with €279 from their raise, exactly the same amount they had left over after buying their two new cars.

What happened to them by the way was textbook, lifestyle creep which is also known as lifestyle inflation.

The new cash gets spend as fast, if not faster than it comes in.

You might think that an increase in salary will mean you'll have more money in your bank account, but this isn't always true.

In fact, lifestyle creeps can make it so that you have less money on hand.

This happens because as your income changes, you sort of give yourself permission to spend more.

And it’s easy to get caught up in spending your newfound income without giving it much thought. It could have been a long time coming and hard earned and people typically don’t know what the ideal % of their new income they should be spending or saving, so I get how it could happen.

There are lots of signs you suffer from lifestyle creep i.e. your savings rate has remained stagnant even after a few years of raises and bonuses, or you notice that you're spending more money in general because you feel like you can. And wanting to improve your standard of living isn't a bad thing either, as long as you're mindful of the potential impact it has on other areas of your finances.

The good news is that there are some things you can do to counteract the threat of lifestyle creep, and I think they are.

Create a monthly budget and stick to it.

A monthly budget as boring as it sounds and is, is the antidote to lifestyle creep.

Making and keeping a budget is important because it will help keep your spending in check.

And being able to see where you’re spending your money each month will help identify areas you are spending more than you thought or should.

Remind yourself of what your financial goals are
Getting a raise, has a way of forcing you to re-focus on your financial goals. If you do, it will remind you what’s important, and you can then make sure, that is exactly what you are spending your extra money on.

If that couple, I met, had a goal of being mortgage free as fast as possible or retiring early, or increasing their savings, then perhaps had they known the impact some of that extra money would have had in each instance, they would have used the money differently rather than spending it on debt repayments on two cars.

Summary
Getting a raise is rarely a surprise. The amount might be, but if you know one is coming then you should start thinking about what you’re going to do with it.

If you go from making for example €3,000 to €3,500 per month, you need to make sure you are ready with a plan when the larger amount hits your account. Leave it sitting in your account, its practically begging you to spend it.

Avoiding lifestyle creep doesn't mean you have to save every extra penny you earn, of course it doesn't. Part of the point in getting a raise in the first place is to use some of it to afford things that might have previously being out of reach. You work hard and you deserve to enjoy some of that extra money now but finding that balance is important as well.

When your income increases it should really put you ahead, but if it doesn’t, and making more money means you are in exactly the same position as before, then you’re just working harder without living better, or getting ahead financially, and there’s a constant feeling that you need to earn more and more money, and that's not what you want.

Liam Croke is MD of Harmonics Financial Ltd, based in Plassey. He can be contacted at liam@harmonics.ie or www.harmonics.ie