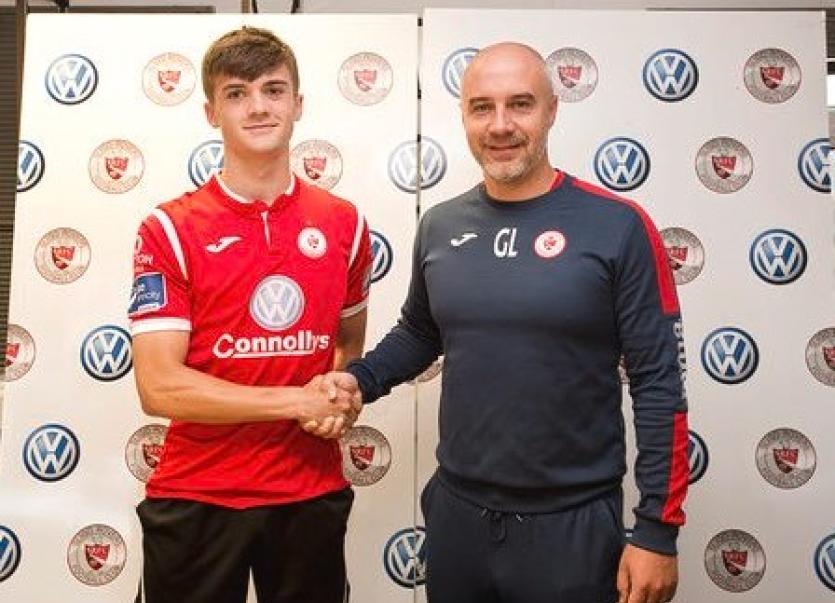 Sligo Rovers have confirmed that former Carrick Town underage player Niall Morahan has signed his first professional contract which will see him remain with the club until the end of the 2019 season at least.

Morahan, who was last year named as Rovers' U-17 player of the year and this year has been captaining the U-19 team has made the step up to the senior squad in recent weeks.

Sligo Rovers have also confirmed that underage goalkeeper and Ireland schools U-18 international Luke McNicholas has signed a professional contract with the club.

Today we can also announce that Niall Morahan and Luke McNicholas have signed their first professional contracts until the end of 2019 https://t.co/yJzseGgF4J #bitored pic.twitter.com/UES40rH1X2

Speaking to sligorovers.com about his new contract Niall said, "It is that cliche of a dream come true to sign as a professional, it is every young lad’s ambition. I’ve been in training with the first-team and it has been terrific. There are plenty of players I know like John Mahon and Jack Keaney and they’ve set the example.

"This is a great opportunity for me. I was involved in pre-season with the first-team and play Under-19 now. That’ll continue hopefully. But I think I can replicate what the lads have done eventually. I’m sure the coaches have a plan around that, the Under-19 management and the Under-17 before that too has been brilliant.

"It is nice to be a Sligo Rovers first-team player from Leitrim too – Rovers have a following in the area and people in the county would be asking how you are getting on there."

Niall also paid tribute to his former club, Carrick Town, for the role they played in his development.

"My former club Carrick Town has a good link with Rovers. I’d like to mention them too for all their help. Hopefully it grows the link between Leitrim and the club. I want to progress and signing professionally where I can put 100% into my football will give me a great chance. I’m going to keep working hard and do my best with this platform I’ve been given."

Sligo Rovers manager Gerard Lyttle paid tribute to Niall saying, "Niall is the captain of our Under-19s and very consistent. He’s in with us now in first-team training and we want to see how the full-time environment will benefit him and take him to the next level. There’s a lot of potential in Niall. Again, like a few players previously at the youth level, he has worked for this chance."

On a busy day for the club Rovers also announced the signing of midfielder David Cawley until the the end of the 2020 season while the Bit O'Red also confirmed the departure of Adam Morgan from the club. The former Liverpool forward arrived before the start of the current season but his stay at The Showgrounds was curtailed by injury.