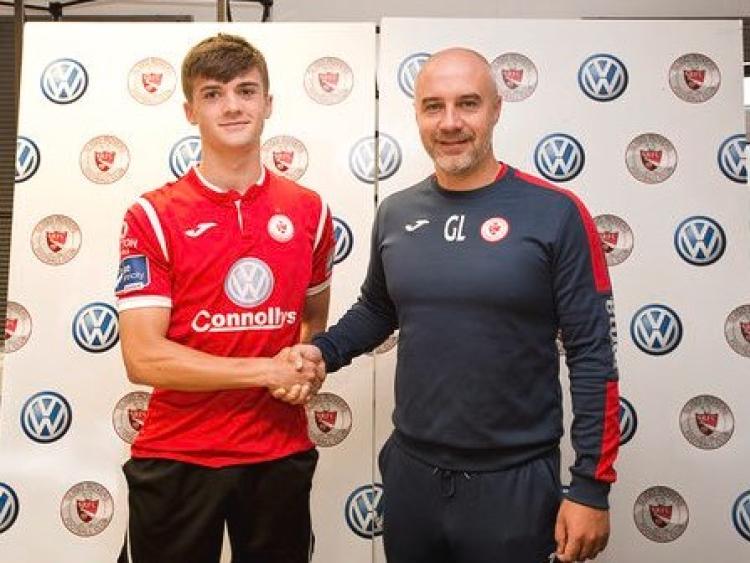 Former Carrick Town underage player Niall Morahan made his first team debut for Sligo Rovers on Friday night last as the Bit O'Red went a long way towards easing fears of relegation with a 3-1 win over Limerick in Markets Field.

Morahan who recently signed his first full-time contract with Sligo Rovers was introduced in the closing stages as a substitute for Kris Twardek.

90 mins. Niall Morahan on for Twardek in another big moment for one of our Under-19s. 1-3

Rovers took the lead shortly before half-time when Mikey Drennan scored from close range and he doubled the lead from the penalty spot in the 52nd minute.

Limerick responded well and halved the deficit 11 minutes later when Shane Duggan scored but within a minute Rovers re-established their two goal lead courtesy of a wondergoal from Raffaele Cretaro.

It proved to be a busy weekend for Niall Morahan who was back in action for the Sligo Rovers U-19 team on Saturday afternoon against Drogheda. However, it proved to be a difficult day for Rovers as Drogheda emerged 5-1 winners.

The Sligo Rovers first team are back in action tonigh, Monday, when they host table toppers Dundalk in The Showgrounds at 7.45pm.