McGreevy's to hold world reunion in Carrick-on-Shannon this weekend 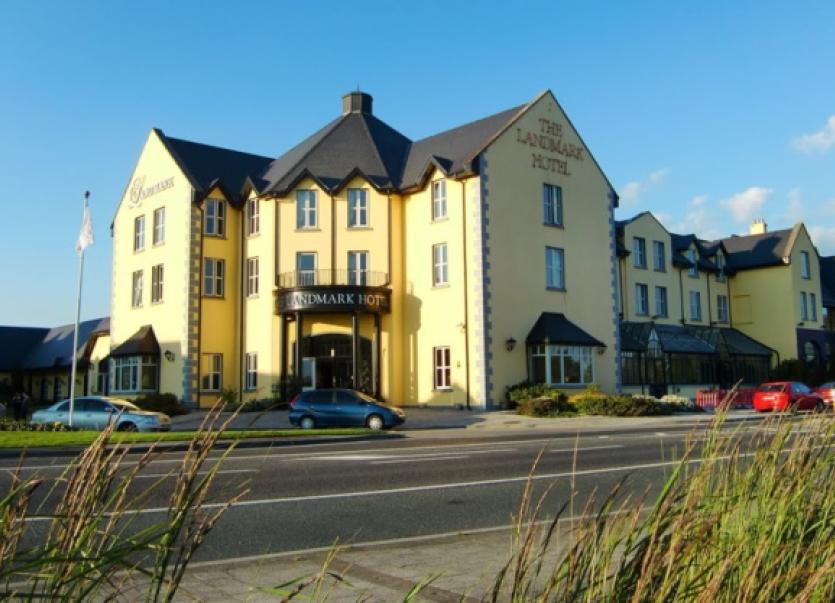 The Landmark Hotel, Carrick-on-Shannon will host the McGreevy world reunion this weekend.

The McGreevys of the world will be meeting at The Landmark Hotel in Carrick-on-Shannon next weekend.

It will be the third world reunion of the clan who can trace their roots back to the north-Roscommon/south-Leitrim area for the last 1,000 years.

The McGreevys were the princes of Moylurg up to 1255 in an area centred around what is now the Ardcarne churchyard outside Boyle and the Rockingham Estate.

According to the Annals of Lough Key, their lands were usurped by the McDermotts in the middle of the 13th century.
The McGreevy Stone in Ardcarne Cemetery (erected circa 1930) states that na Mag Riabhaigh were “kings of Moylurg until 1255”.

The reunion is being organised by Leixlip-based auctioneer Michael McGreevy who is originally from Moylurg.

Michael McGreevy said, “The reunion is something that is genuinely beneficial to the community at large. It is very interesting to see where the family has gone throughout the world considering that we started off in 1200 owning Rockingham.

"My father told me that when St Patrick was passing through to Slieve Mish, that the McGreevys are reported to have robbed his goats."

Members of the extended family are coming from the United States, Australia and Britain for the event along with those who are based in Ireland.

The new honorary chief of the McGreevy will be Juli Parson née McGreevy from Ohio.

The event will be compered by journalist and author Ronan McGreevy from Carrick-on-Shannon.

He said, “I am honoured and delighted to be involved in this reunion. Few Irish families can trace their roots back so far and have such a long lineage in the same place.

“It’s humbling to think the McGreevy family is still going strong in an area where their ancestors settled a thousand years ago and yet we are like every Irish family in that we have spread out across the world.”

Among the famous members of the McGreevy family (variations of the spelling including MacGreevy, McGreevey and MacGreevey) have been the author and friend of James Joyce, Thomas MacGreevy, the former governor of New Jersey, Jim McGreevey, the television writer John MacGreevy and his son, the actor Michael MacGreevy.