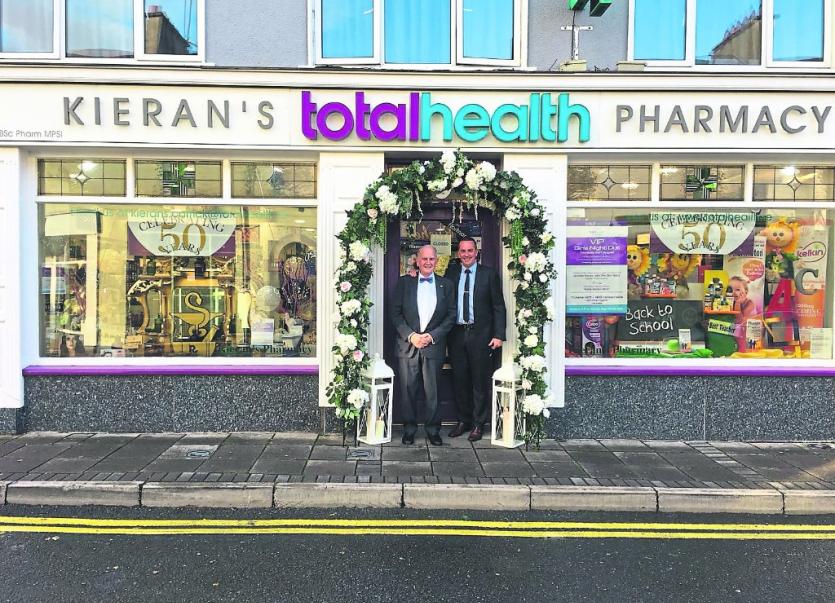 One of Carrick-on-Shannon's longest serving businesses is marking a major milestone this year. Kieran's totalhealth Pharmacy is celebrating 50 years in business.

In 1968, Brendan Kieran and his wife, Margaret, moved from Ballinamore, buying the business of Herbert Harmon, a second generation pharmacist, on Main Street, Carrick-on-Shannon beside the Bush Hotel.

They ran their pharmacy for a number of years at this location before, moving into a larger property in 2001.

The new premises, located in the former Doherty's Bakery, allowed the family to expand the products offered in the business.
At this time Brenchopharm Ltd, trading as Kieran's Pharmacy was also established with Brendan (Snr), his wife Margaret and son, Brendan (Jnr), who also qualified as a pharmacist, serving as directors. 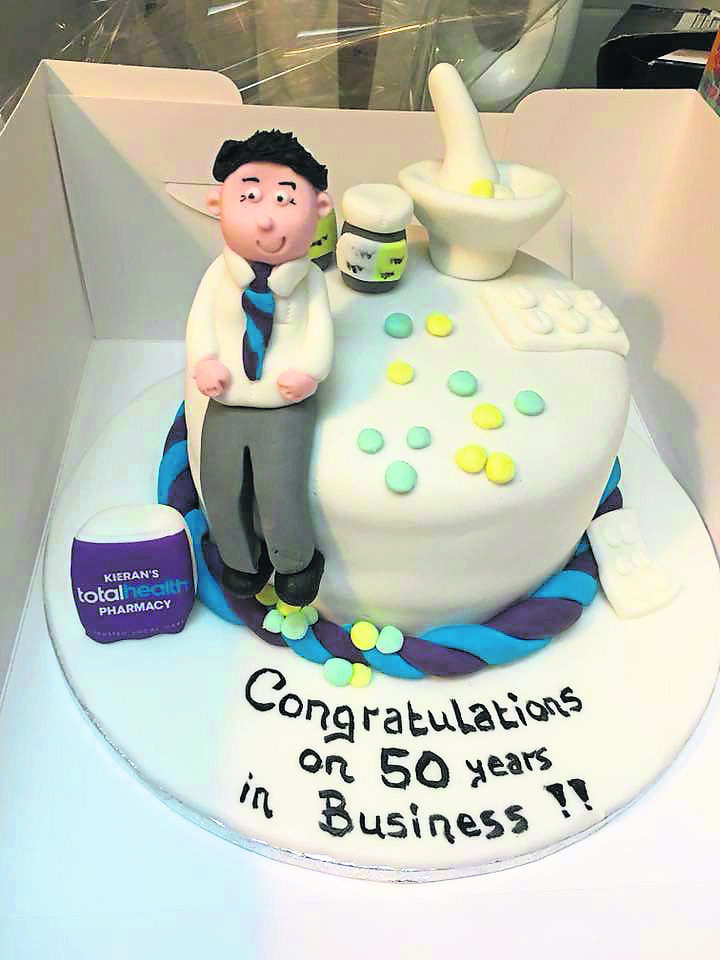 In 2004 a second pharmacy was opened in Mohill under the Kieran's name.

Here customers were treated to a reception in BR Cafe and Bistro before moving into Kieran's Pharmacy next door.

The night included a makeup demonstration by Katie Waters MUA using Flormar products and product demonstrations by Ben, one of Jennifer Rock's (aka The Skin Nerd) Nerdettes.

Kieran's totalhealth Pharmacy would like to thank everyone who made the night such a success.

Thank you to BR Cafe and Bistro for the amazing food, to Eden Flower's Gemma for providing the beautiful floral displays and to Murtagh's Bar, The Bush Hotel and Floradale Carrick-on-Shannon for their assistance with all the preparations.

Thank you to Bits n Bytes who also created the beautiful anniversary cake and to all the customers for their support of this business over the years.

A very special thank you to all the staff who worked so hard to make the VIP celebration a reality and congratulations and best wishes to Brendan (Snr) and his wife Margaret; Brendan (Jnr) and all the staff - past and present - for their hard work, dedication and commitment to excellence over the last 50 years.

McGreevy's to hold world reunion in Carrick-on-Shannon this weekend