Excitement builds for Carrick Rowing Club's ‘Head of the Shannon’ 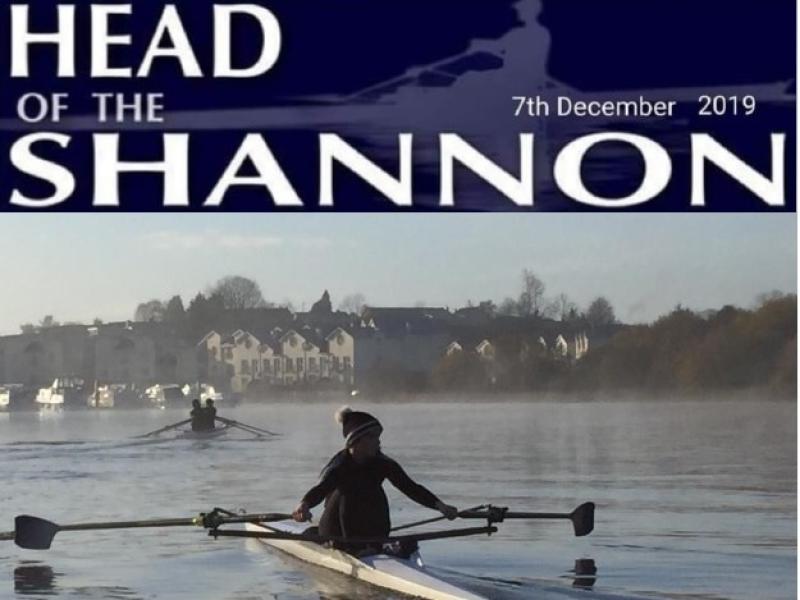 While Carrick Rowing Club have been quiet on the competition front these past few weeks it is not to say we have been idle, work behind the scenes on the Head of the River continues apace and the training for our own athletes has gone up quite a few notches as we prepare to race at our home event.

For some of our newer members this will be there first local event and we are especially happy to be putting a Junior 15 Women’s 8+ and also a Junior 16 Men’s 8+ on the water to compete on the day.

These crews are progressing very well with their winter training since September.

They will be joined in representing the club by plenty of Quads, Doubles and Singles across the age grades from the club. We wish them all well in their endeavours.

As reported in these pages previously our Head of the River competition consists of two 3,500m time trial events at 11am and 2pm from south of Carrick back to the Boardwalk.

To encourage some audience participation on the day we will be running a photography competition on the day which can be entered by tagging our CarrickRC account on our Social Media platforms Twitter, Facebook and Instagram with an action photo from the days racing.

We are still recruiting volunteers to help out on the day and anyone who would like to help out can contact us at carrickrc@gmail.com

For anyone wishing to help out, we have on and off the water vacancies for what is promising to be our largest entry to date for the last national event for 2019.

In other news, club members enjoyed a wonderful evening at the Leitrim Sports Partnership Awards Night which were held in Lough Rynn Castle Hotel on Saturday last.

The club were delighted to be nominated in the Club of the Year section but missed out to Glencar Manorhamilton GAA Club whilst Thomas Earley now of UCDBC was also nominated in the Senior Athlete section.

Attendees on the night were regaled with stories of summiting Mount Everest and K2 by adventure athlete and guest of honour Jason Black from Letterkenny.

Finally, our international trip for the year has also been announced and we expect a sold out trip as the club tackle the Head of the Bridgewater near Manchester for the second year running next February.