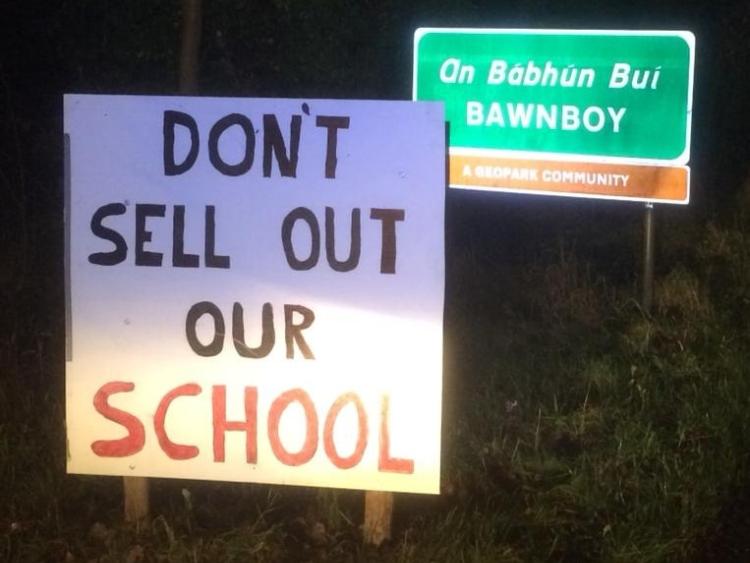 The Department of Education and Skills has today granted approval to Cavan and Monaghan Education and Training Board (CMETB) to develop a brand-new second level school in West Cavan. The Department says the move is being done to meet the changing needs of students in the region.

To facilitate the new school which will be located in Ballyconnell,  St Bricin’s College in Belturbet  and St. Mogue’s College Bawnboy will merge and close.

The news announced by CMETB has been both welcomed and criticised. a number of public meetings and protests had been held locally against the closure of two established secondary schools.

The CMETB says the approval by the Department “recognises the future challenges for schools given the changing curriculum demands and the requirement for modern special needs facilities. The announcement marks a significant investment to support rural population and enhance communities in the area.”

Speaking on the announcement, John Kearney, Chief Executive of CMETB said: “This is a really exciting development for the region. Both schools have achieved strong results individually, but it is clear they have limited facilities to meet increasing curriculum demands and special needs education. As part of our vision for education across the west Cavan and Belturbet region, CMETB sought to address this comprehensively and provide modern dynamic facilities to fully support the quality teaching standards currently being delivered by St Mogue’s College and St Bricin’s College teaching staff.”

“This new school is an important part of our overall strategy for west Cavan and will herald a vibrant new dawn for the provision of education in the region by ensuring all children have a full curriculum to choose from.”

“This plan shows real ambition. It is not a sticking plaster for the current schooling accommodation deficiencies but a real tangible and sustainable solution that can drive change and enhanced educational excellence for all students in the area. It also provides the necessary security that allows teachers, parents and students to plan with confidence knowing quality education is a priority for the ETB”.

Principals of St Mogue's College and St Bricin's College have welcomed the news but the the news has also been met with criticism.

Fianna Fáil Cllr John Paul Feeley has expressed his shock at the announcement. He stated "I am shocked that the Minister for Education & Skills, Joe McHugh TD has ignored the wishes of the people on the ground in relation to the proposal of Cavan Monaghan ETB to close two schools with resulting devastation for the catchment areas serviced by them. In the Local Election earlier this year, the views of the relevant communities were made clear. Despite clear opposition and the failure of the ETB to engage with the local community the ETB have pressed ahead with this ill-conceived proposal."

"Since the election the ETB Committee has effectively been non-existent. It appears that the Chief Executive of the ETB pressed ahead knowing that a newly constituted ETB would not be as favorable to the rushed and unconsidered proposal made by him last year and rammed down the throats of the Board, the staff and the wider community."

Cllr Feeey said thousands of letters were sent and requests for a meeting with local communtiy groups and the Minister for Education were not met.