Killeshandra's Loop the Lakes postponed due to bereavement 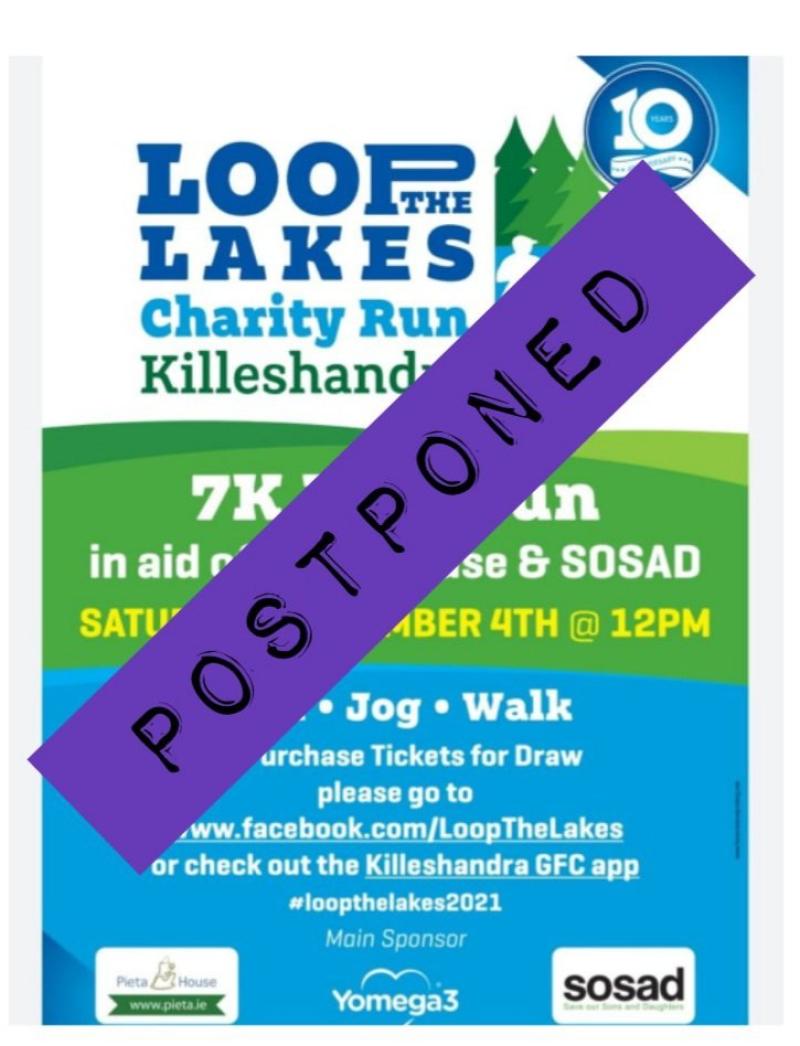 Killeshandra's Loop the Lakes postponed due to bereavement

The tenth 'Loop The Lakes' in Killeshandra, Co Cavan due to take place later this week, has been postponed due to a bereavement in the community.

Organisers said the plan is to host the event at a later date, September 18, at 12 noon.

This year, organisers chose to waive the traditional registration fee, however asked all participants to support a draw for a series of prizes sponsored by local businesses.

Ms O'Reilly funeral was held this morning at 12noon to St. Brigid's Church, Killeshandra, followed by burial in the adjoining cemetery.

Due to the sad passing of Katie O'Reilly we have decided to postpone Loop of the lakes.
The new date will be 18th September at 12 noon.
We the committee wish to send our sincere condolences to the O' Reilly Family at this sad time.
Ar dheis Dé go raibh a hanam. pic.twitter.com/4kUiYcpNS0

Weather for the weekend for Leitrim and surrounding areas