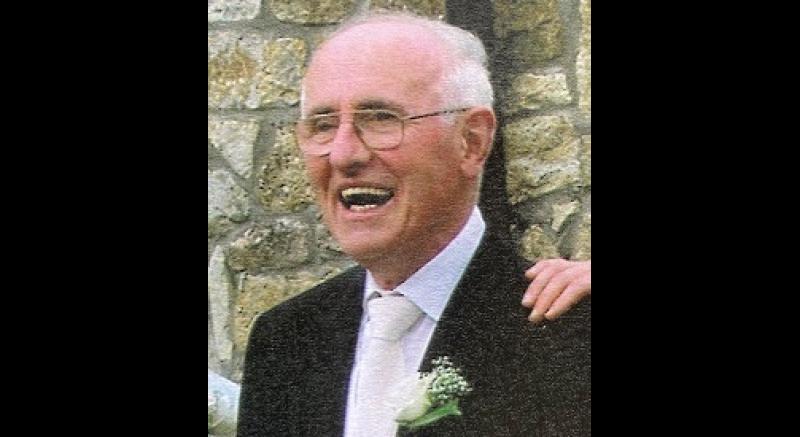 The death has taken place of popular local businessman, Pat McGovern, Ballynamony, Carrick-on-Shannon aged 84.
Many across Leitrim and the surrounding counties will be familiar with Pat through his many and varied business ventures over the past 60 years.
Pat grew up in Rantogue Stores, Aghacashel, established by his late parents Paddy and Maggie circa 1920. He attended the local Primary School at Aghacashel under the tutelage of Master Conefrey.

After school in the evenings he worked in the shop and was always proud of the fact that at 6 years of age he could attend to a customer on his own.
Upon finishing school he entered the business full –time. The store catered to the general needs of the people over a vast countryside providing food, drapery, footwear, everything from a needle to an anchor. It was always a hive of activity creating much needed employment.

Pat together with his brother Mark commenced making squashes and cordials in 1957 under the brand registered as Drino which was the genesis of what is today Drino Drinks.
This led to the production of fizzy drinks such as orange, lemonade, cola etc and the production of a glucose lemonade called “Fun”. This drink really caught the imagination and to this day people all round the country remember it with fondness. This was the era of the big modern ballroom and showbands and they were big outlets for soft drinks with contracts secured to supply a number of them.

This led to Pat’s new venture when together with others he built a ballroom in Drumshanbo and the “Mayflower” ballroom opened its doors on June 30th 1960 with the band Mick Delahunty playing the opening night.
The greatest night ever in the Mayflower is marked at Monday Jan 6th 1964 with the legendary Clancy Bros and Tommy Makem as well as the Hilton Showband.

Around this time the hardware and household business was moved from Rantogue to the premises in Carrick-on -Shannon now known as the Swan bar. It was the first walk around store in Leitrim. Pat traded there for many years calling the shop “Ken’s”. Some of the older community will remember with fondness shopping there.
Outside of work, Pat enjoyed family time. Married to Kay, a teacher for 54 years they have 3 children, Niamh, Enda and Cian and 6 grandchildren. He enjoyed holidays at home and abroad always looking out for new ideas. He had a lifelong interest in drama, trad music and folk and never missed a Liam Clancy concert. He loved gardening, growing OPavegetables and fruit trees in his younger years and more recently looking after his garden.

He developed Drino Drinks to the point it is at today, where it is ranked in the first five most progressive Wholesale Drinks companies in Ireland. Work wasn’t work for Pat as he enjoyed supplying his customers with what they needed and sound advice very often went into the bargain.

Perhaps the essence of Pat is best summed in a message of condolence on RIP from Brendan Harvey “If ever a person could be described as an all-rounder it was Pat. He was an entrepreneur before we knew the meaning of it. A great talker and an equally good doer and all in a spirit of generosity. Pat developed the successful Drino business thereby giving local employment to many. Socialising was provided for too as Pat identified the potential of the Showband era and, with others, this summer 61 years ago opened the wonderful Mayflower Ballroom.

“Pat was a wise head and always available to generously share his knowledge and advice. Young and old enjoyed his company and availed of every chance to call on him. Business didn't seem like work in the company of Pat McGovern. He was an outstanding man for his family and his community and we are all the richer for having known him.”
Go dté tú slán abhaile Pat. Ní bheidh do leithéid ann arís.
CF